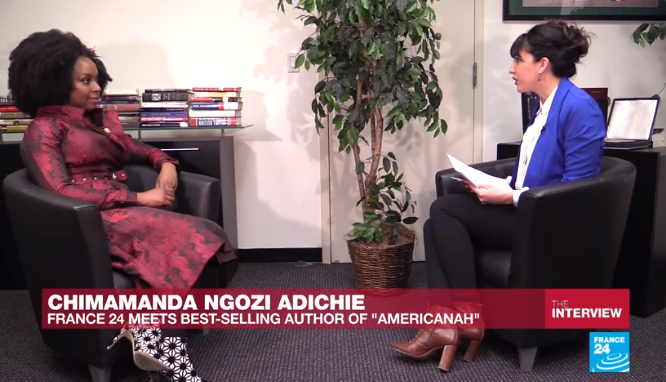 Acclaimed writer and feminist, Chimamanda Adichie sat for an interview with Sonia Dridi on France 24 in Washington. The show titled the first “night of ideas” had Chimamanda Adichie talk on social media, feminism and Donald Trump. 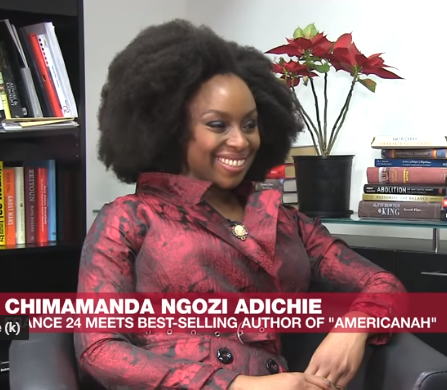 The writer said she is not a fan of social media. When about her reaction when Donald Trump said Nigeria is a shithole, she replied:

“Oh, I didn’t have a reaction. I think that some things are not worth reacting to.

Some things are just inconsequential.”

On the topic of women, Chimamanda Adichie said:

“I’m very excited about the number of women who are becoming politically active.

I find it very exciting because I think it’s long overdue quite frankly, but also because it’s wonderful to know that women can now run as individuals rather than running as ‘The Woman Candidate.’

In the end, my idea of feminism is one in which people can be individuals.

So, I find it very exciting and I’m kind of looking forward to what will happen.”

Watch the full video below: