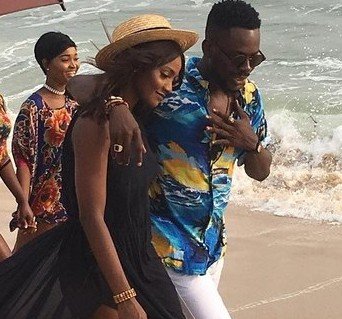 Nigerian singers, Adekunle Gold and Simi recently got married at a private wedding ceremony, after dating for years, away from public knowledge.

When news that the duo was getting married broke, some were happy, while some others were not so happy. This is because of the fact that some fans of the singers were secretly nursing hopes for either of the couple, respectively.

Having gotten married, however, some of these admirers are still high with hopes.

A follower of the male singer on Twitter has revealed his intention to marry the X3m Music songbird. According to him, when he becomes rich, he will take Simi from Mr. Gold.

In reaction to the revelation, therefore, the singer asked how the follower thinks he will be rich with such intentions. 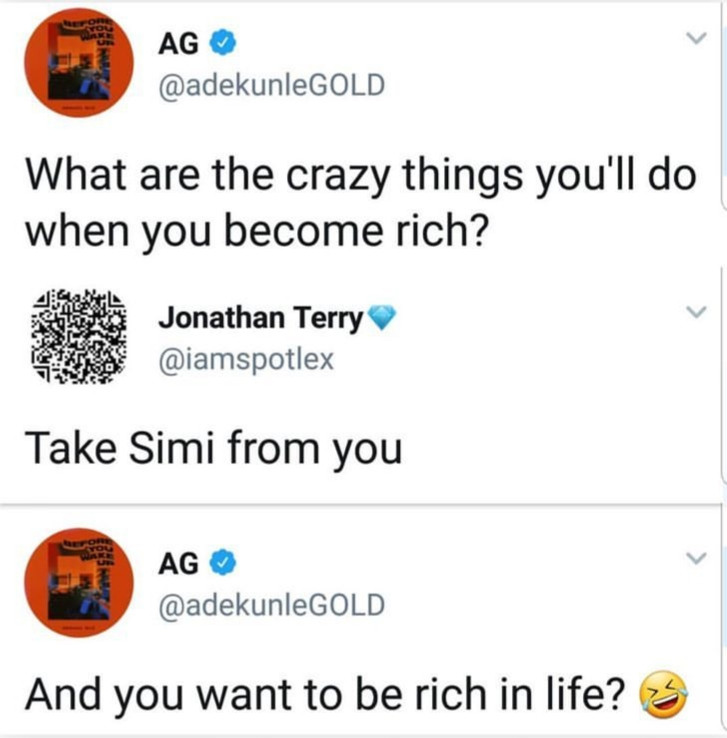 Well, the singer holds the right to guide his wife generously.