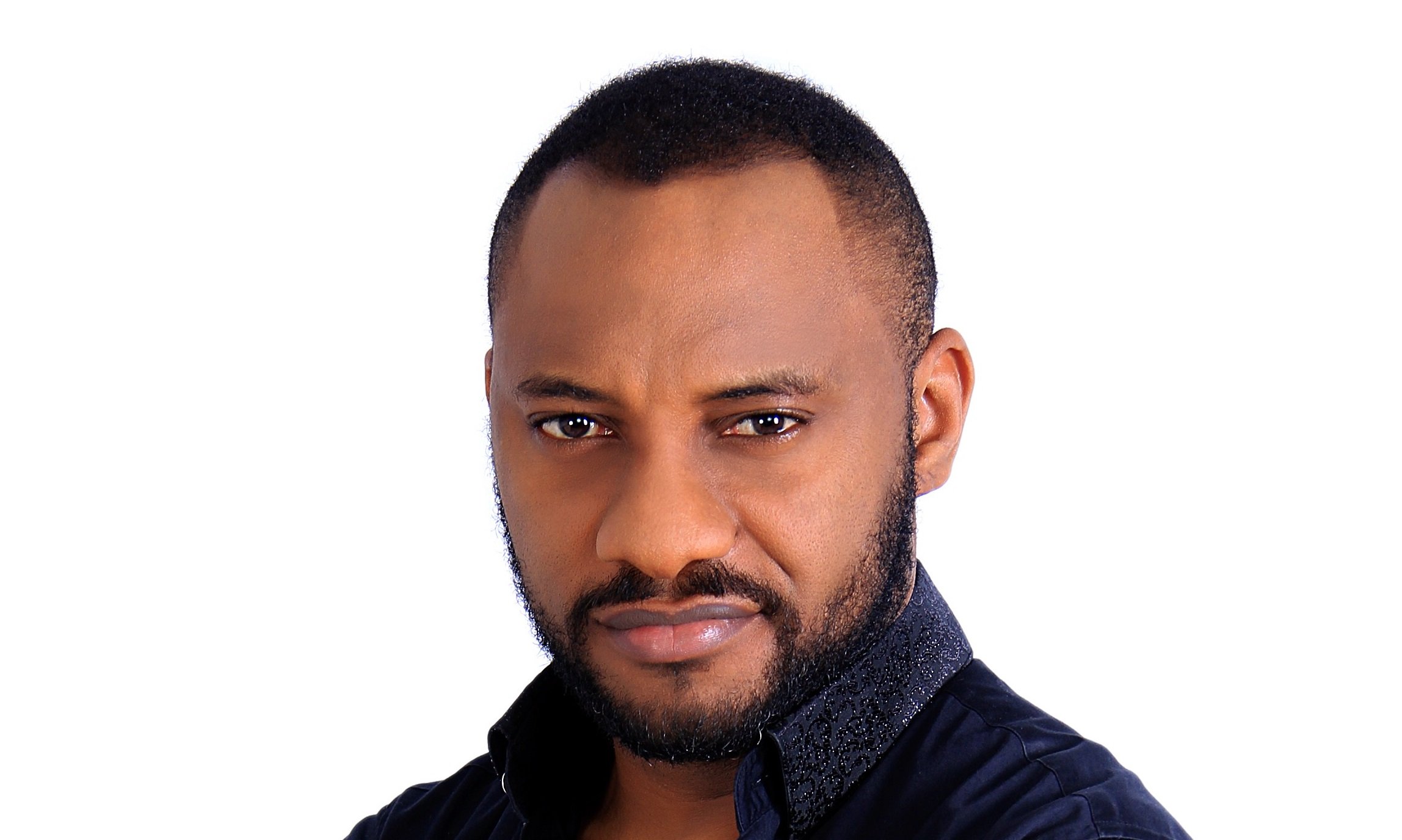 Yul Edochie follows up his governorship campaign on social media.

Nollywood popular actor Yul Edochie started his governorship campaign  some months ago. The son of veteran actor Pete Edochie, Yul has also created a niche for himself in his father’s field. Yul Edochie began his campaign to run as governor of Anambra on social media. He asked for the support of fans and well meaning Nigerians in the up coming election.

The Anambra gubernatorial election takes place on the 18th of November and the Yul Edochie will contest alongside 36 other candidates. This will include the incumbent Governor Willie Obiano.

The actor has been constantly updating his campaign on social media and today on twitter he posted another. The post with a photo of a supporter holding a campaign bill read “It’s our duty to produce the good governance we seek, let us save our dear country from the hands of corrupt, selfish wasteful leaders”. 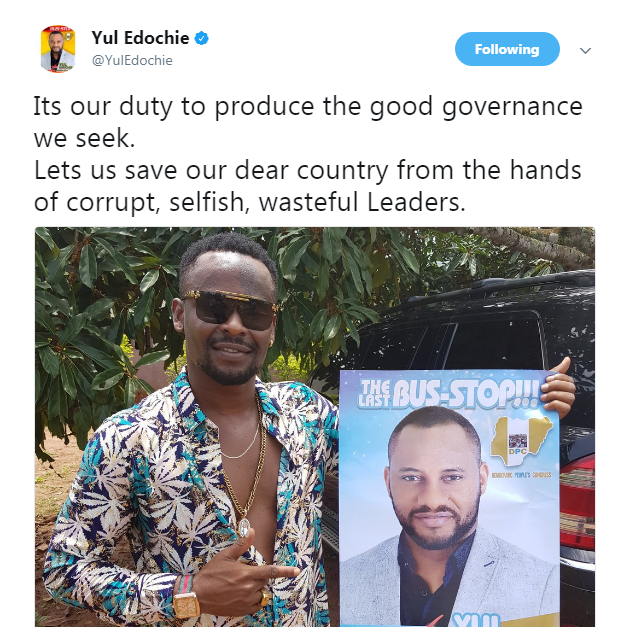 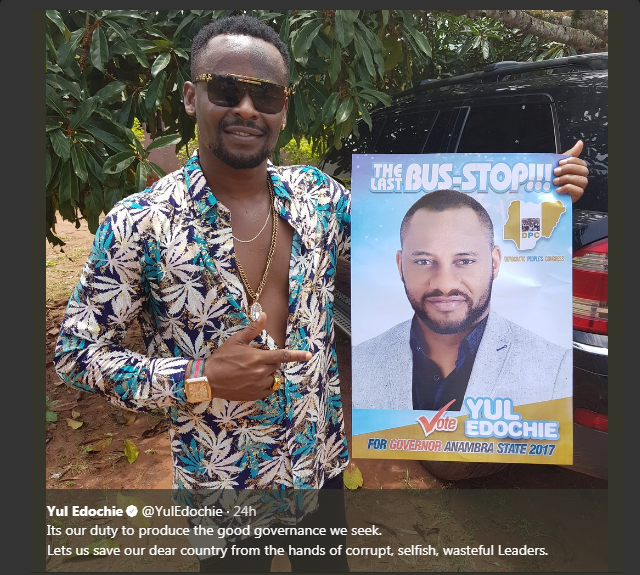 What does he offer?

In an interview with Premium Times, the 35 year old governorship aspirant discussed reasons for the big and bold step. He said “Politicians have failed us. So, I am in the race to touch the lives of Anambra people positively. The people are tired of stories. The Anambra youth have an opportunity to show Nigerians if truly they feel it’s their time to rule or not.” He further went on to make promises “I want to become the next governor of Anambra State because I want to reduce poverty in the state, create jobs and rescue the future of the youth. I joined the race to harness the creative potentials of the youths and the resource-endowment of Anambra to move the state to the next level of development. I will also ensure the provision of infrastructure and development of critical sectors in the state is my agenda if elected.”

Yul Edochie contests under a party called People’s Democratic Congress (P.D.C). He wants an association with a youth dominated party.

What does Yul Edochie’s Slogan mean?

The most interesting thing about Yul Edochie’s campaign is the Slogan, “The Last Bus-Stop”. The slogan translates as Anambra people have come to the last bus-stop. It apparently means that he becoming governor, would be the last-bus stop of backwardness for the Anambra people.

As much as we like this young handsome actor to win the forthcoming election we beg him to keep to his promises if he wins.  We Nigerians are tired of politicians making empty promises. Will Yul Edochie fail us?