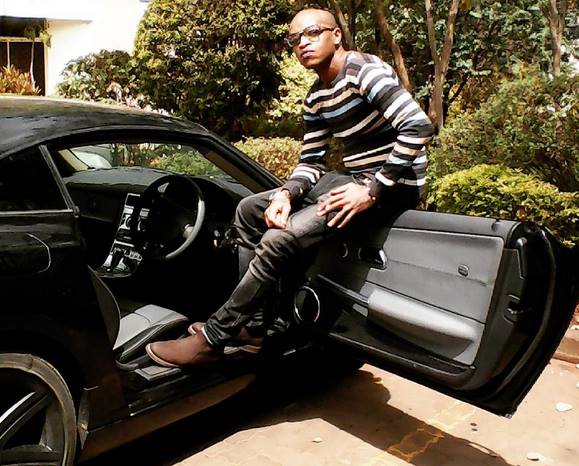 Most people think Prezzo still depends on his parent to survive. The controversial rapper lost his cool when he was told to his face that he was riding high on his parent’s wealth.

In an interview with Larry Madowo on the Trend in 2016, Prezzo dismissed claims he’s broke and that he couldn’t survive without his mother.

The rapper was forced to reveal his source of income; he said apart being an entertainer he was also a businessman who sells maize from Narok. Prezzo made it clear that all the wealth he flaunts are his own sweat.

That said, a critic ruffled Prezzo’s feathers when he told him he was riding high on his parent’s wealth after the rapper posted a photo of car.

“Pimpin aint easy but it sure is sweet. #Rapcellency #TrulyUnruly #TheMakiniTeam” Prezzo captioned his photo.

A comment by certain Brian Mathews saw Prezzo lose his cool and fired back in fury;

prezzo254: punta must be ur dads name stupid fuck @brian_mathews iam at prestige ngong rd come i teach u some manners u internet gangster.

brian_mathews: is that ur best shot..pathetic, cmb birdman wannabe get ur shit together la punta