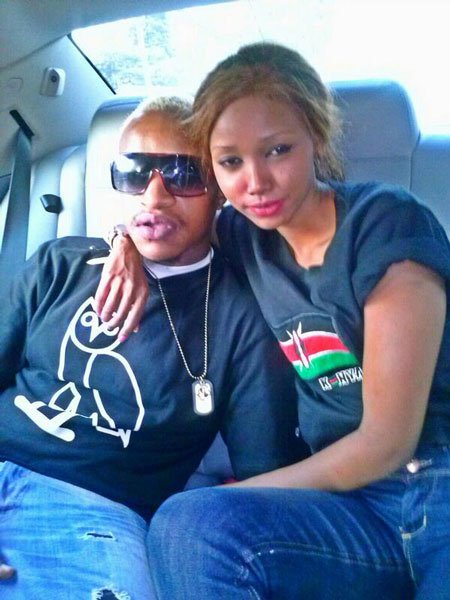 We all know she started playing at a young age and now Huddah has revealed that Prezzo is the one who took her innonce. But, she is not complaining. Actually from her post on Instagram the lass seemed proud of this as she narrated the story to her fans.

According to Huddah this happened a while back when she was dating Prezzo. However, after their nasty break the two did not talk for a while but the two seem to have buried the hatchet and are now in good terms.

About a week ago, we spotted the two hanging out at an unknown club and for a minute many thought that they were back together.

But judging from Huddah’s recent post we have every reason to beieve that the two are just supporting each others brand, something we have seen many celebrities do.

Anyway, in the post shared by Huddah she wrote to say,

Buried the hatchet…. And the once love of my life ….The nigga that broke my virginity (T.M.I?😂😂) will be coming thru to HUDDAH MILLION PARTY 🎉 … El Presidente @prezzo254 👌🏾 WE DONT TURN UP ⬆️…. WE TURN OVER ↗️…….🎊🎉🎊 #HuddahMillionParty #huddahlove

Anyway, Prezzo and his on and off girlfriend are said to have broken up…but we cant be too sure since the two have been doing this for a while now.