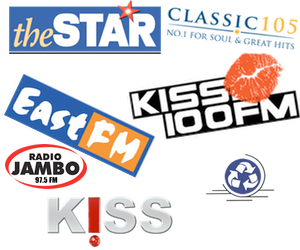 Radio Africa, the company that operates KISS, Classic, Radio Jambo, East FM and The Star, today commences on massive layoffs after discovering a software that can easily replace the people doing those jobs. According to reliable sources within the company, the main focus of these job cuts will be mostly managers, and 100 jobs will be cut.

Many at Radio Africa were comfortable in their managerial positions, which they believed were untouchable due to the human aspect of things. However, Radio Africa deemed them useless in favour of what is called Enterprise Resource Planning Software(ERP Software). Now instead of manually checking on people’s work, all employees will need to do is to update the software with their daily tasks, and a small number of managers will generate reports to give to Radio Africa leadership. With the ERP in place, only a few tech savvy managers who know how to operate it will remain. Mostly the tech illiterate ones will not survive. However, the ERP software only needs a handful of people to operate, so there will be those who are unfairly cut off as well, despite having the required knowledge. Hivo ndio kunaendanga.

The software revolution is upon us. They say that software is “eating the world” after it has caused massive disruptions in many industries by driving major efficiencies. The media is no stranger to this disruption. First, there was the advent of free online news, which has made newspaper sales nosedive, and now there are all sorts of softwares coming up that make management an easier task for less people. Everyone reading this should be encouraged to make sure that you are not in a job that is easily replaced by a program, otherwise you will be in for a rude shock in the near future.