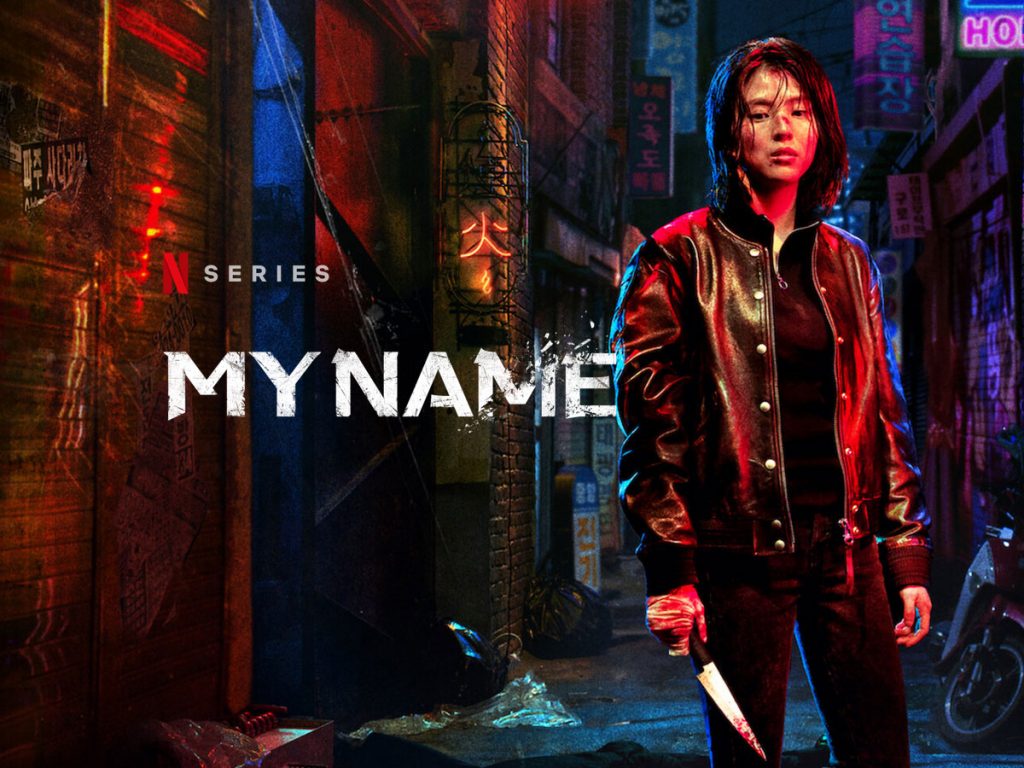 Nothing is more mysterious than a Father-Daughter relationship. It’s special, deep and inexplicable. This relationship becomes a huge influence on a young girl’s social interactions, as an adult.

Recently, an incident at a local dispensary gave some clarity.

A young girl is due for a jab, and she’s brought in by her father. As the doctor walks in with a needle, she starts bawling. She gets the frights. 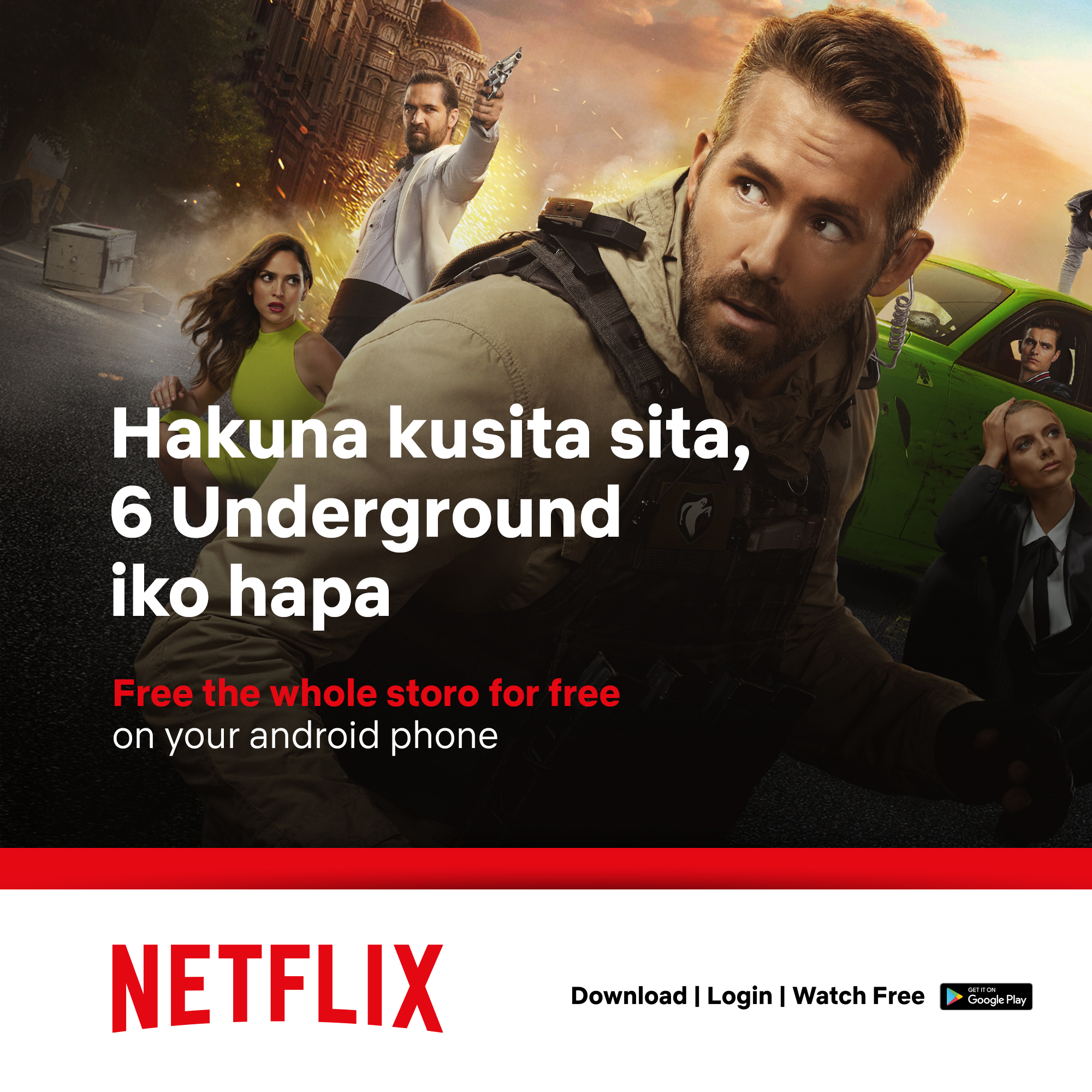 Her father tries to calm her down with candy – she flings it at the doctor. Well, the medic has an option. If she doesn’t want it, he’d be forced to give the jab to her dad.

It’s either her, or her father. Unbelievably, she offers her arm for the needle.

The intrigue in a Father-Dad relationship has been a favorite byline in a lot of movies and thrillers.

Trending at No.5 on Netflix in Kenya, there’s a movie series dabbed – My Name. It’s that kind of a teary story, beautiful, albeit with a lot of flair thrown in.

My Name stars Korean screen icons – in English – and seeks to show the extraordinary lengths a young girl is willing to reach to turn a Victim-status to Justice-served status.

On her birthday, Yoon Jiwoo witnesses the horrific death of her father on the business end of an assassin’s gun.

Well, her father is a notorious drug king pin’s side kick and associate. It’s common with drug cartels, the police are involved in the business.

That betrayal, drives her to seek revenge for her father’s murder.

The plot deepens. The young girl shuns the police, and joins the drug king pin – Choi Mijjin – who takes her through a rough training period.

The organisation has a fight school, she fights her way through. The transition is epic – from a naive high school student to a ruthless punching machine. 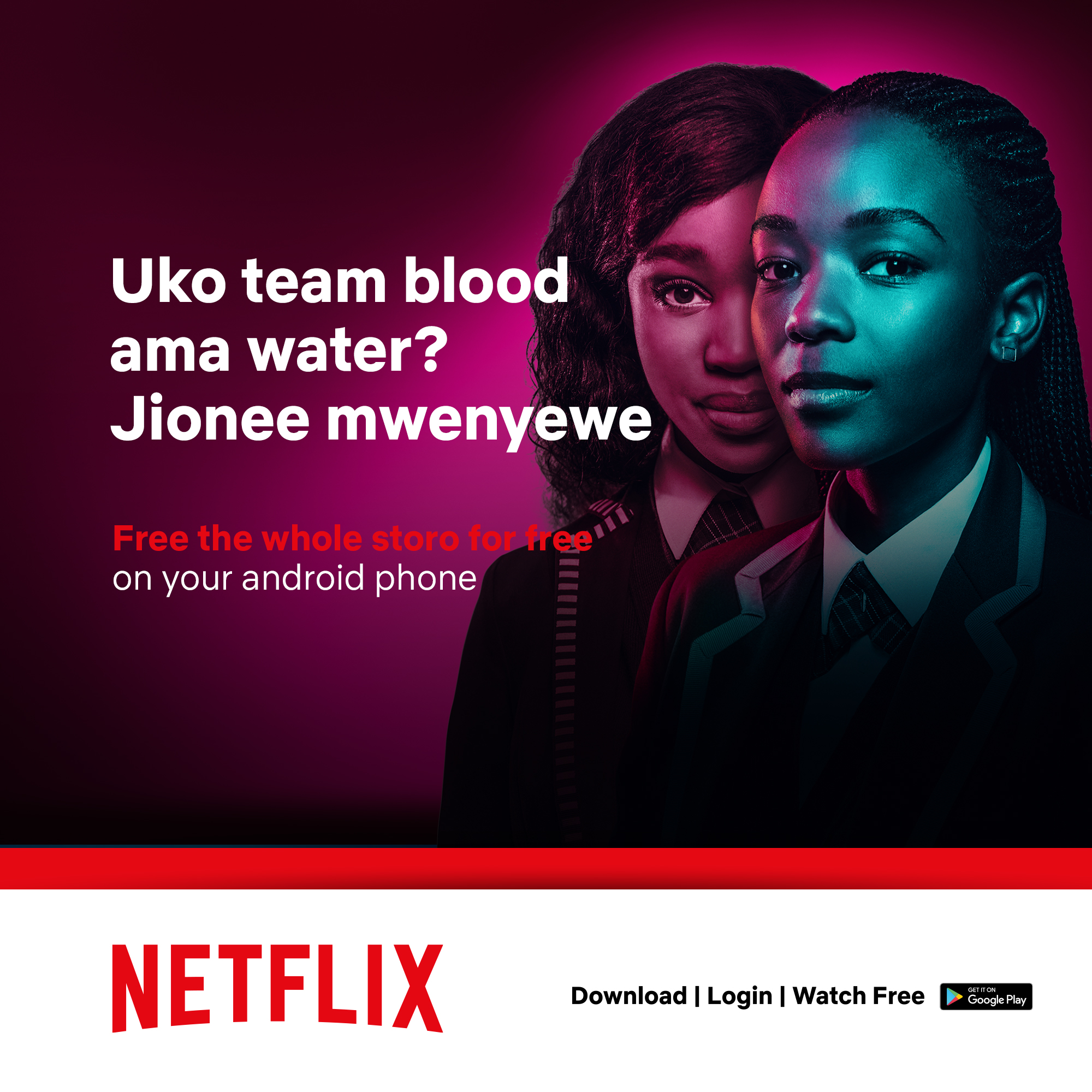 The drug king pin cooks up a new identity for his protege. It’s the first step in an ingenious ploy to strengthen the organisation’s tentacles in the Police Service – she joins the police.

As a send-off gift, her mentor hands her the weapon that allegedly killed her father. It’s a police-issue pistol.

Jiwoo is tenacious. She quickly builds a reputation as hardworking, brave and resourceful. Soon enough, she is transferred to the Narcotic Department.

The wheels start to turn. She, however, realises that it’s easier dreamt about. In between, she has to keep watch for the organisation.

Loyalty to the Organisation comes first. Else, she pays for it with her life.

Besides My Name, Netflix offers an endless array of incredible movies, television series and riveting documentaries.

There’s the exhilarating drama series – Blood & Water – 13 episodes released, so far. This is set in a South African school, with teenage drama, lots of music and a load of suspence as the lead digs up secrets that turns family hierachys upside down.

Then, 6 Underground – the movie.

It’s a story about six exceptional guys from across the world, each legendary at what they do – which is kicking hell’s bucket.

The six are chosen not only for their skill, but for a chance to achieve a common desire – delete their pasts for a ‘cleaner’ future. 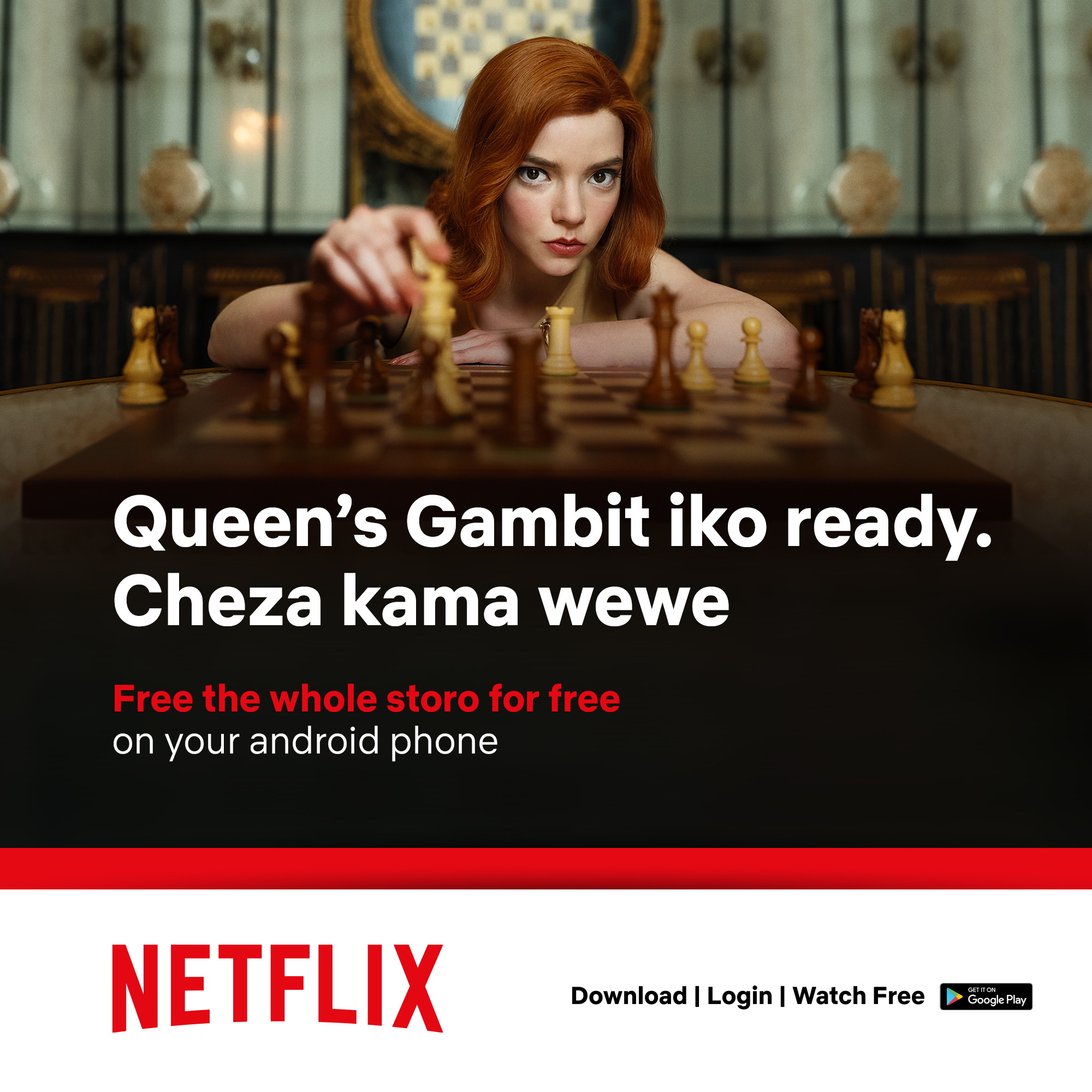 Queen’s Gambit is set during the Cold War era. An orphaned chess prodigy – Beth Harmon – pursues a life quest to become the greatest chess player in the world. All good, except, she’s struggling with addiction.

You can easily catch your biggest stars on your Android mobile, on the go.

And, on Netflix, it costs absolutely nothing.

Netflix has debuted a free plan that allows clients to enjoy exciting content ad-free on Android mobile phones across Kenya.

It’s easy to sign up – no information is required.

All one has to do is enter basic, personal details: email address, a fill-in confirmation that one is atleast 18 years old, and create a password.

A parent or guardian gets control of what kids or underage teens watch, via settings on their profile.

Grab your chance to experience the action – for free – on your Android mobile phone.

It’s easy to upgrade to one of the paid, premium plans that (even) allows a user to download endless movies, series, or documentaries to watch offline later.

Besides, the catalogue gets bigger and juicer, and it’s accessible – either on TV or laptop.