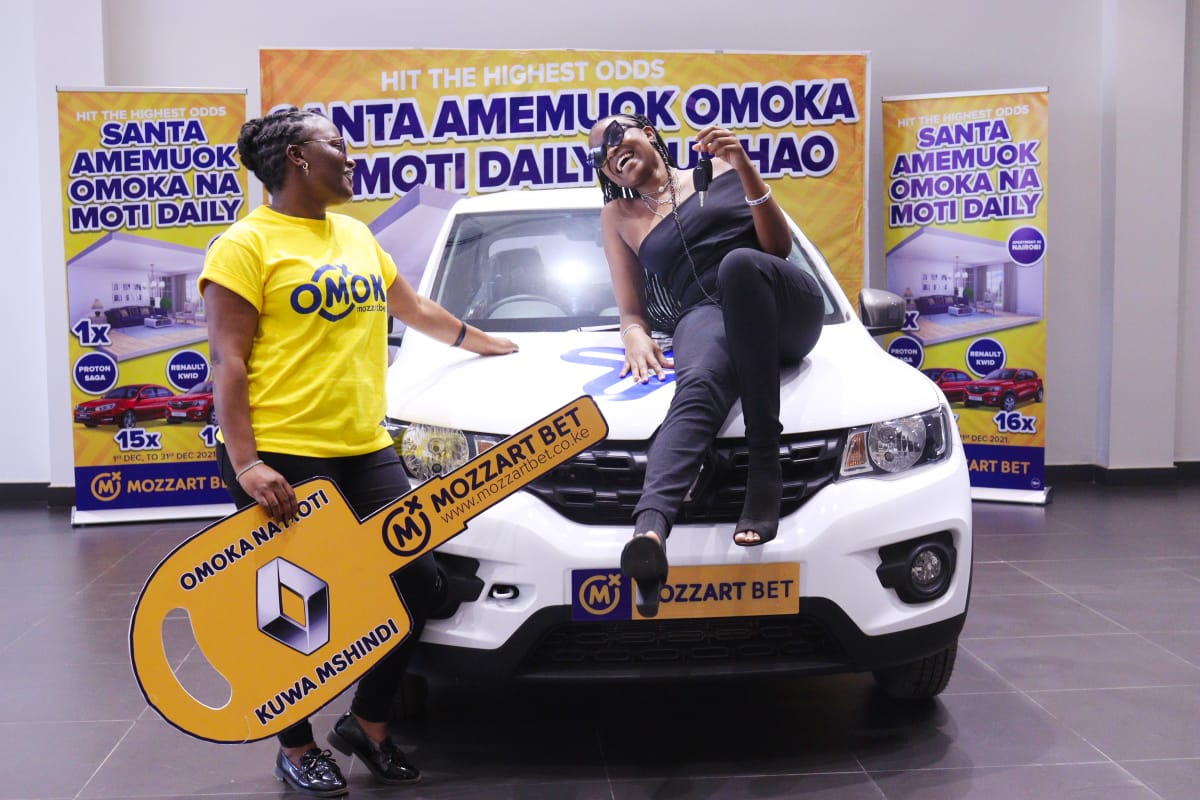 The 22-year-old correctly predicted eight games that accumulated combined odds of 2,718 that earned her a Brand New Renault Kwid. 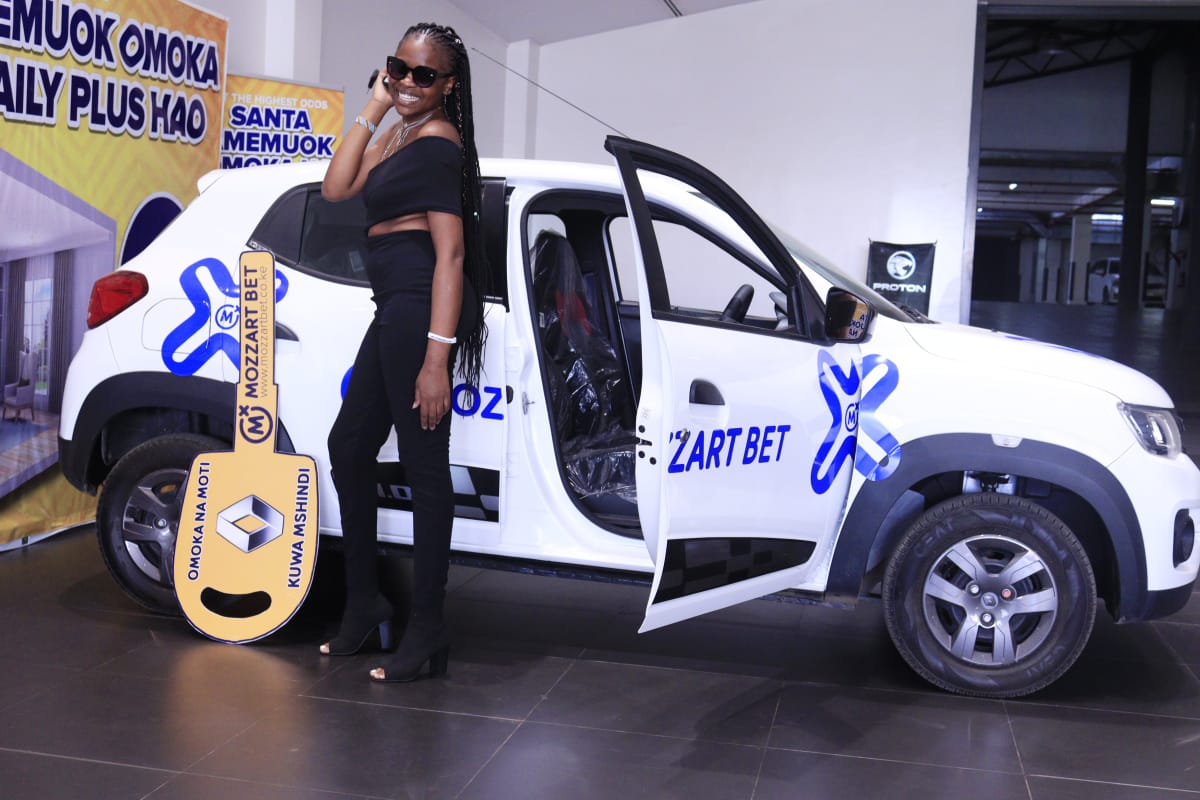 Among the ambitious odds Kasongo placed included Hapoel Ramat Gan beating Hapoel Rishon that had odds of 3.25 as she went on to bet in two other Israeli league matches with the help of her friend.

The ardent Chelsea fan who dropped out of Kenyatta University where she was studying Theatre Arts and Film production after the first semester due to school fees had to resort to business to make an extra coin.

“I was a student but I dropped out after my first semester and I’ve been hustling by selling a second hand men shirts and I’m also an actress,” “I saw a poster with two red cars which I didn’t know the make but I just wanted to own one of them and I told my friend who was doing the betting for me to start using Mozzart Bet,” explained the ecstatic Kasongo.

She put in an investment of Ksh500 and asked her friend to use the money sparingly as her sights were set on winning one of the 31 cars up for grabs.

Besides acting, Kasongo also has an events company that she co-founded with the friend who helped her to bet and they have so far hosted two events which have not been so much of a success.

The actress was inspired into betting after one of her friends won Ksh30,000 back in 2018 and gave it another shot in December 2020 after her first stint failed to deliver high yields.

Kasongo admitted that she thought she was being scammed at first when she won both the money and car with most of her friends also doubting her.

“When I first won the money, I thought I was being scammed and withdrew all the money, then on Tuesday I got a call from Mozzart to inform me that I had won a car, I was walking to a set we were shooting,”

“I told everyone about it and they all burst into laughter and told me it was going to be the worst day because they thought it was a scam, most of the people I tell think that I’m still joking,” added Kasongo.

The first lady to win the Omoka na Moti promotion revealed that she will share some of the money won with her friend who helped in betting and plans to start a car hire business with the car.

There are still 16 cars up for grabs with Mozzart Bet will awarding one vehicle every day in December 2021 to one punter whose multi-bet ticket has the highest accumulation of odds on a minimum fifty bob stake.