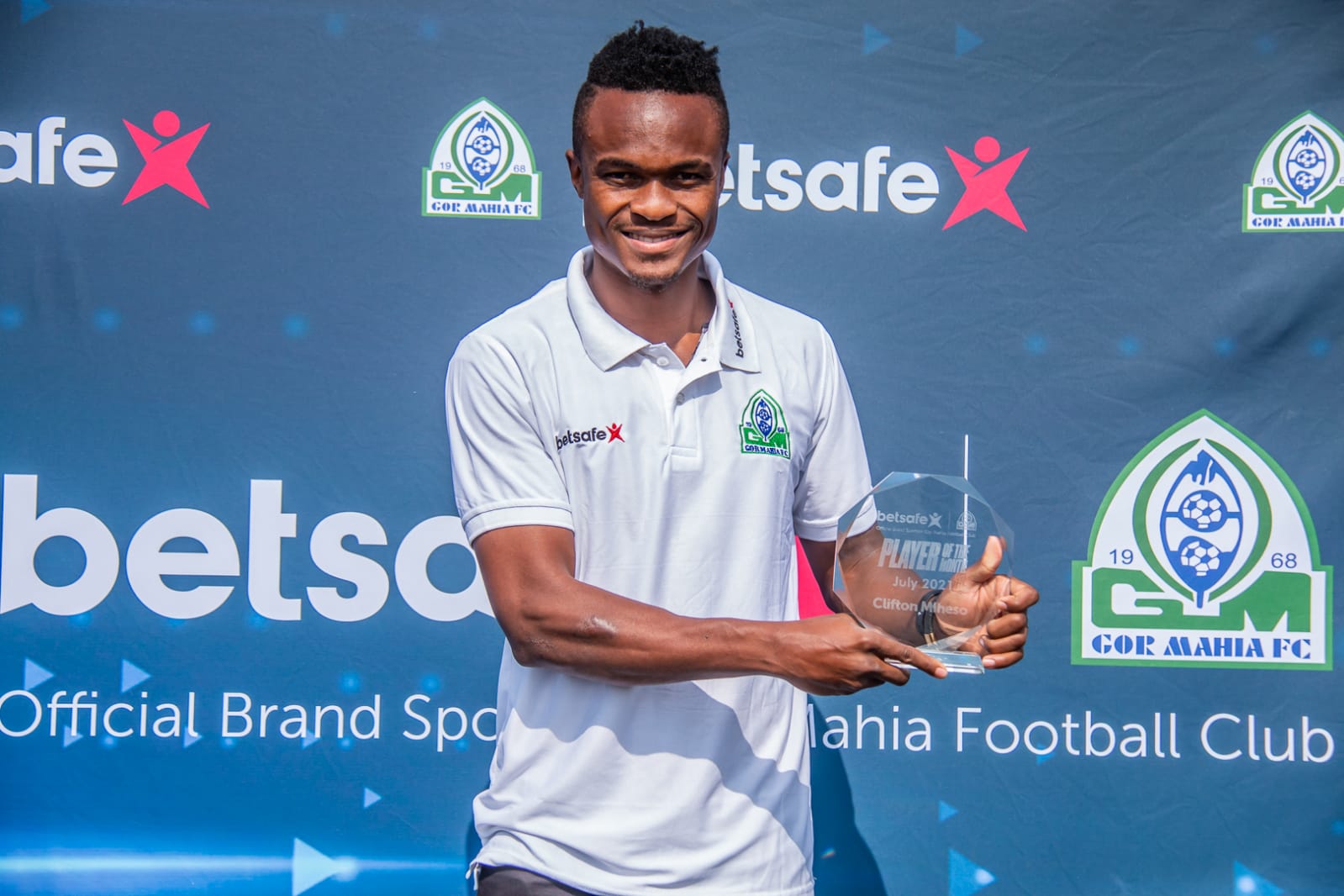 Clifton Miheso has been voted Gor Mahia fans’ Most Outstanding Player for the month of July.

The speedy winger bagged the award following the club’s bittersweet performance of July 2021. 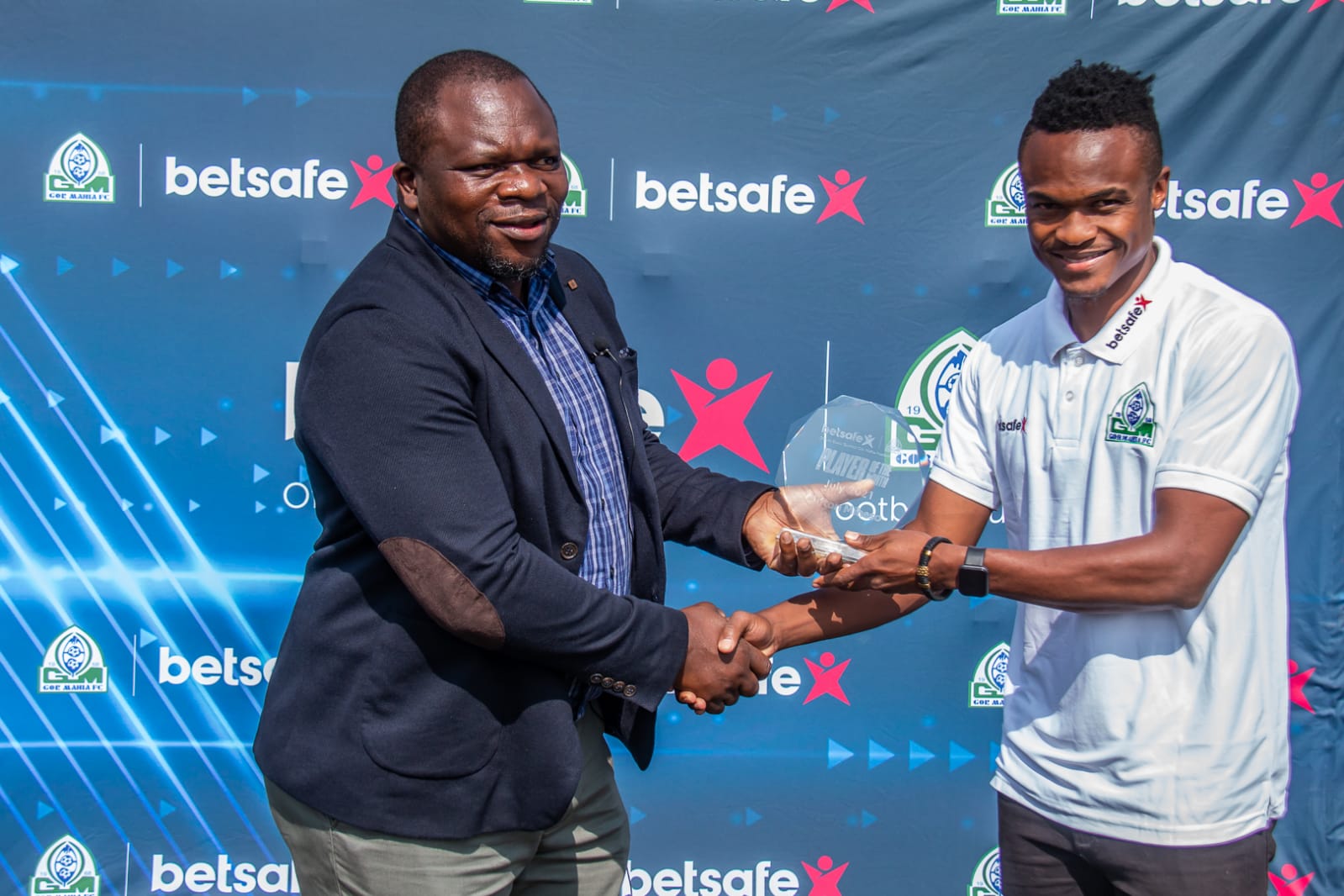 Bitter because the club for the first time in over a decade failed to win a single league match but sweet because K’Ogalo booked their continental slot by winning the FKF Cup to represent the country in next season’s CAF Confederation Cup.

The winger, currently rumoured to be on his way out of the 19 times KPL champions, featured in all the five matches for K’Ogalo in the month of July where they lost to Ulinzi Stars, Kariobangi Sharks, Tusker FC and drew one all against Nairobi City Stars in the league.

Probably what set him above his fellow nominees was the conversion of his spot kick during penalty shootouts against arch-rivals AFC Leopards in the finals of the FKF Cup on July 4th, 2021 at Nyayo National Stadium. 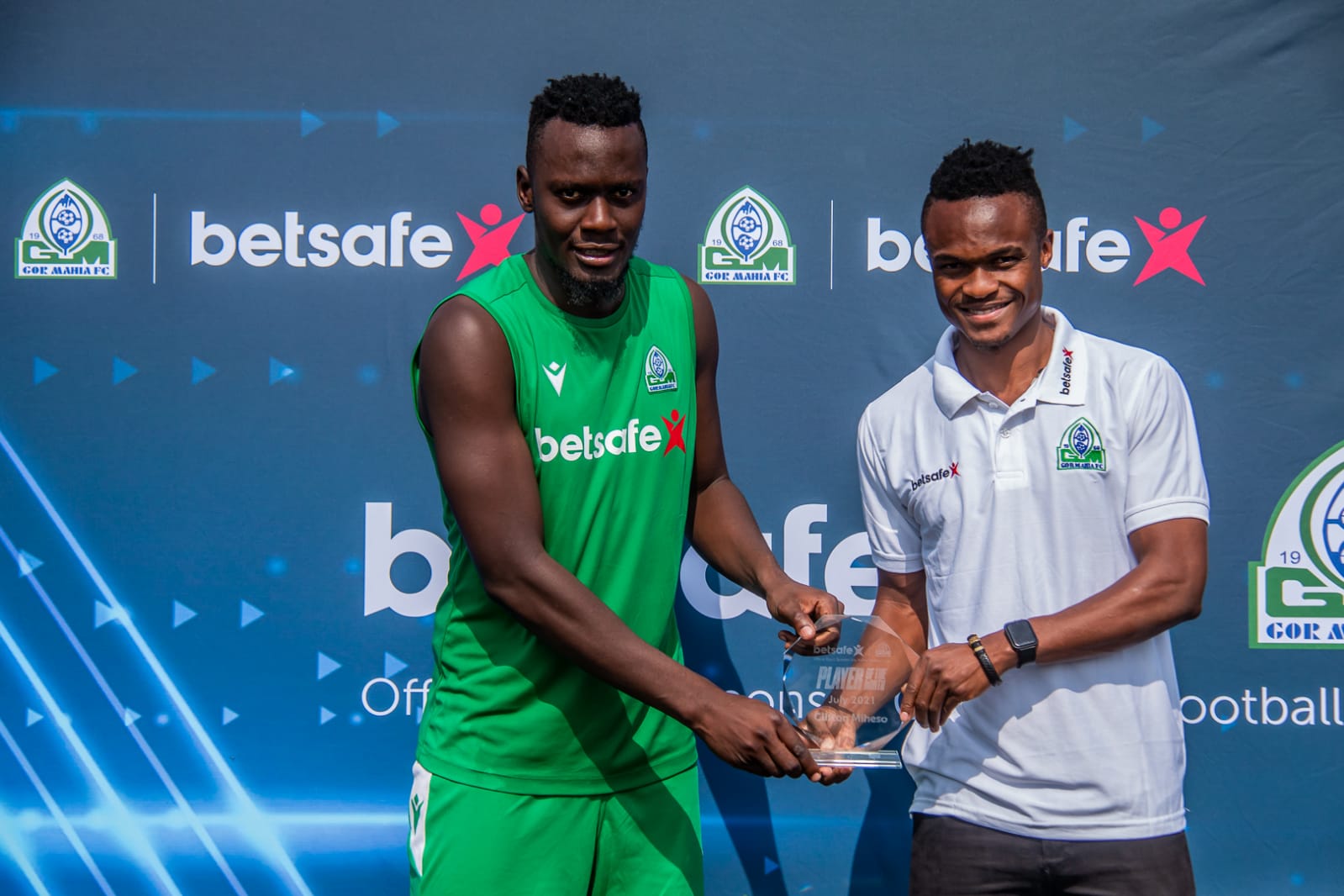 Other nominees were midfielder Ernest Wendo and Captain Harun Shakava.

Speaking during the presentation of the award, Betsafe MD Victor Sudi reiterated the company’s resolve to support initiatives by the fans such as this to encourage the players to put in extra effort in their trade.

“We shall continue with this award and for the remaining games, I urge you to put in your best effort because we will be here again next month to present the winner as voted by the fans.” Concluded Sudi. 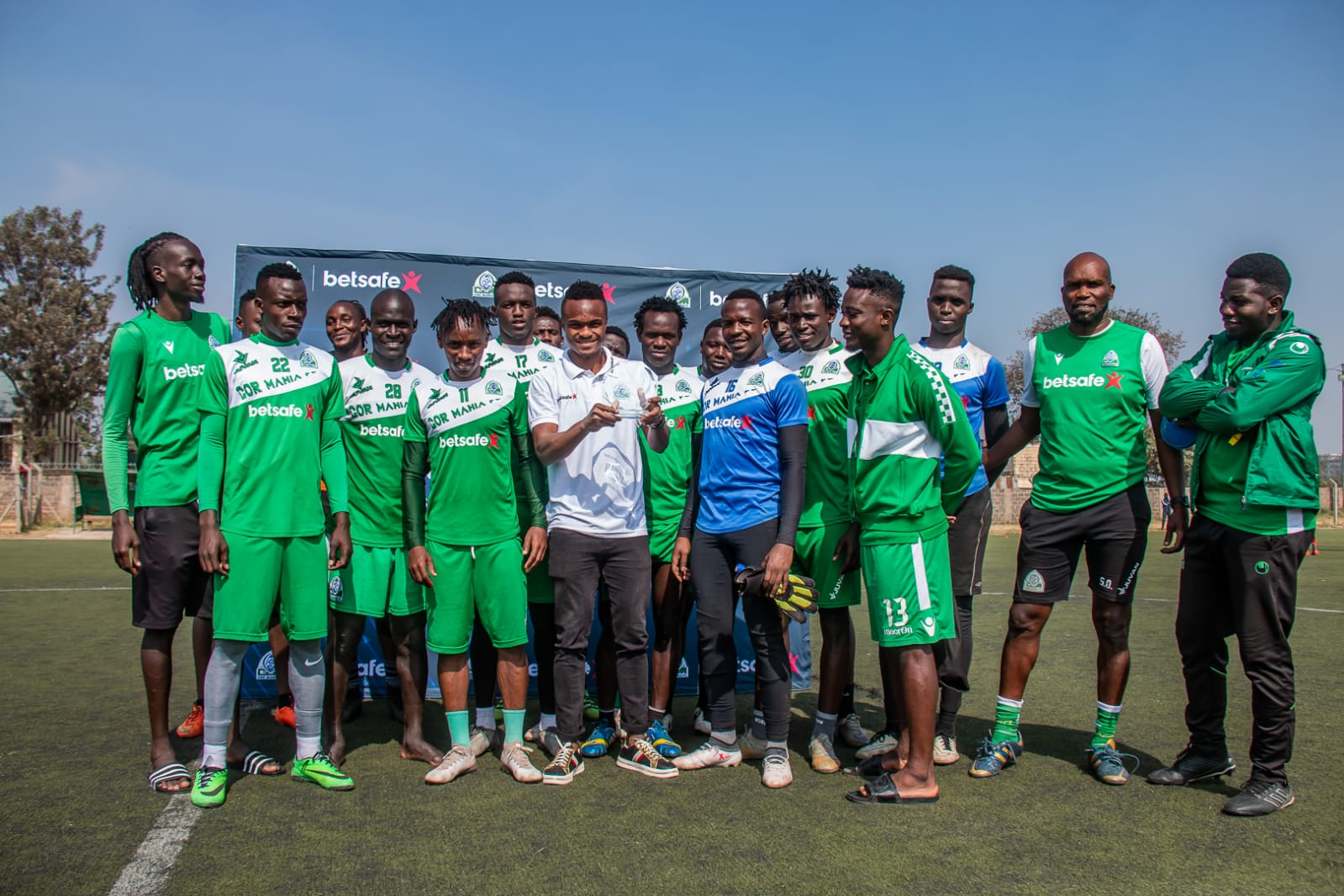 “I am so excited to be the first winner of this award and I thank all my teammates because this is a team sport. To the fans, I can’t be more grateful,” said Miheso who, other than the trophy, went home with a Ksh.25,000 cash prize.

Captain Harun Shakava on his part thanked the club sponsor Betsafe for the support saying the award is an extra motivation as the club prepares for continental assignments next season.