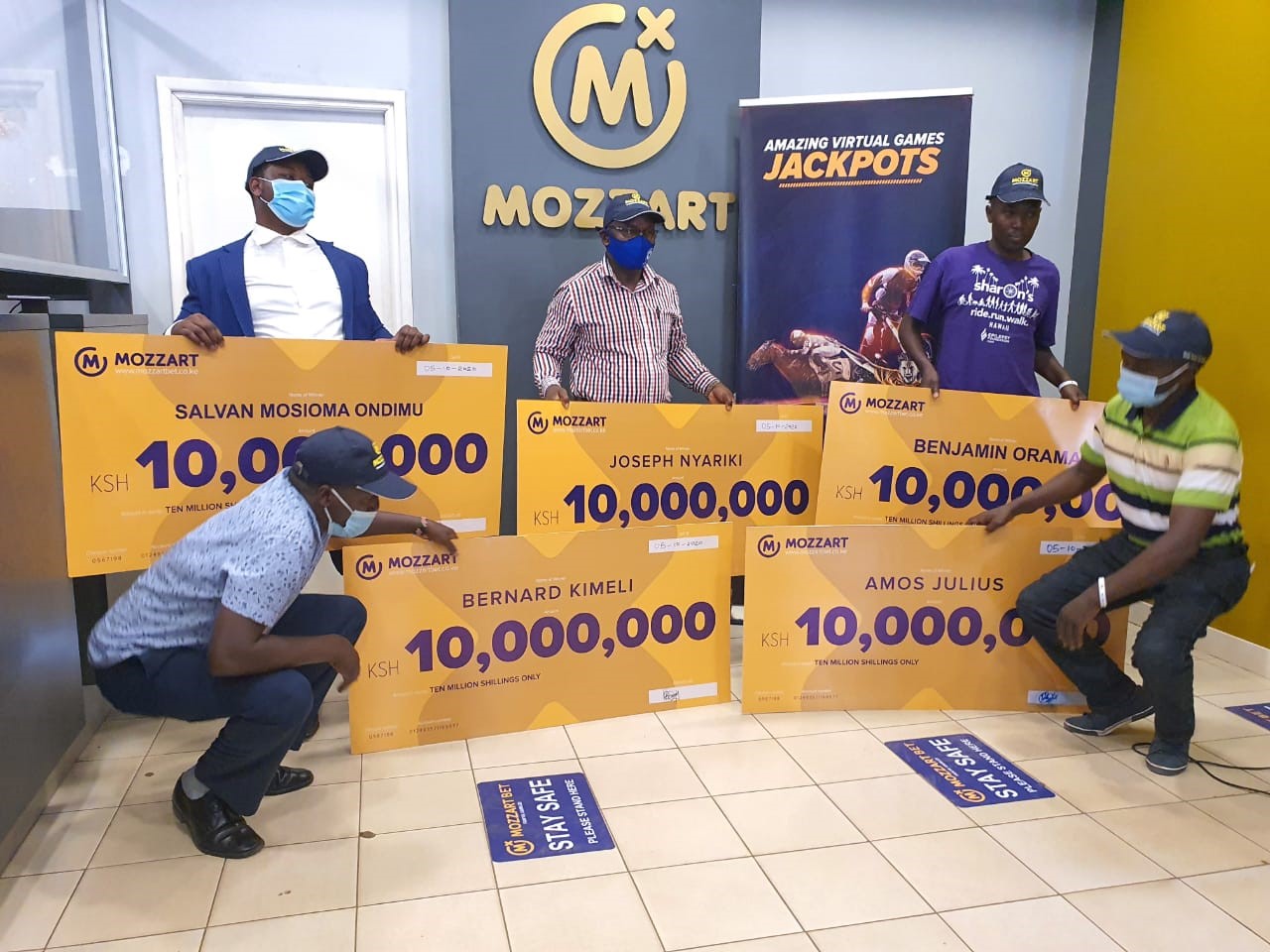 Since inception, Mozzart bet has produced more than 20 Multi-Millionaires who walked away with staggering payouts of at least 10 Million Shillings each. 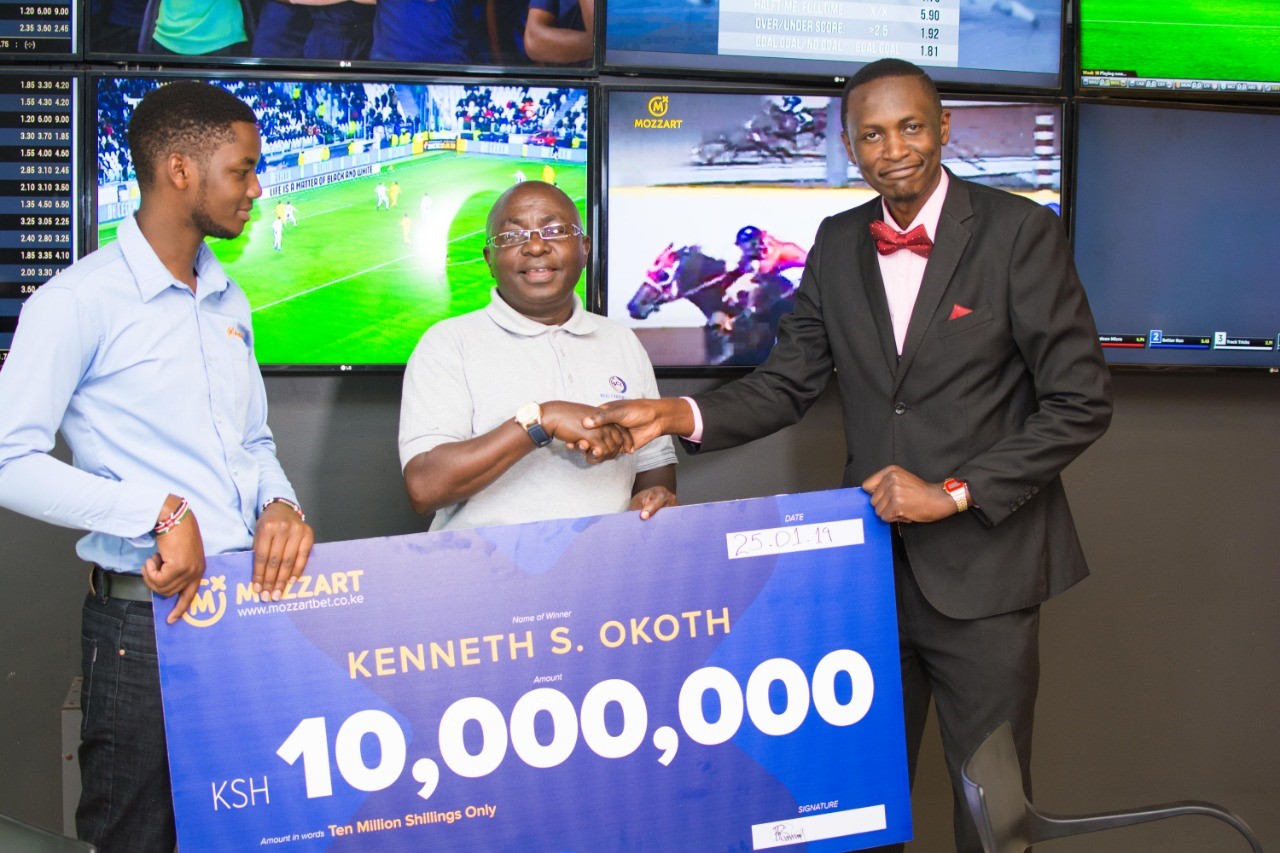 It was the first time Okoth claimed mega winnings despite trying his luck severally in different sites without much success. He placed the lucky bet on Tuesday, January 22 and waited for over 24 hours before all the 13 matches were played. From then on it has been winner after winner. 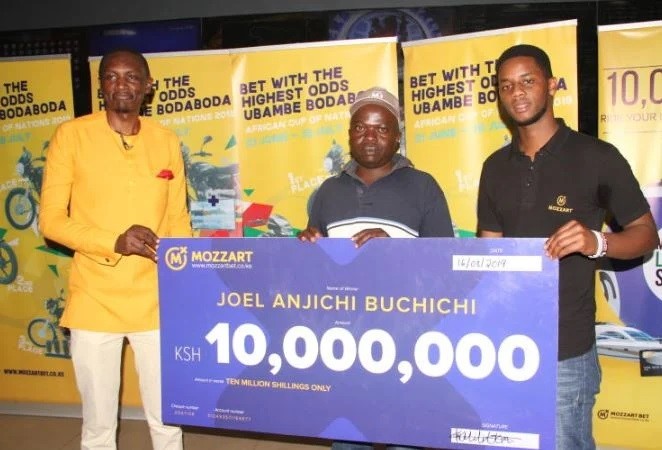 Then came August 2019, Thirty-six-year-old Joel Anjichi Buchichi, a Standard Five drop-out who worked as a gardener hit another 10 million shs courtesy of the Mozzart Daily Jackpot.

THE MYSTERY MEN! 2020 LUCKY WINNERS WHO HID THEIR FACES: 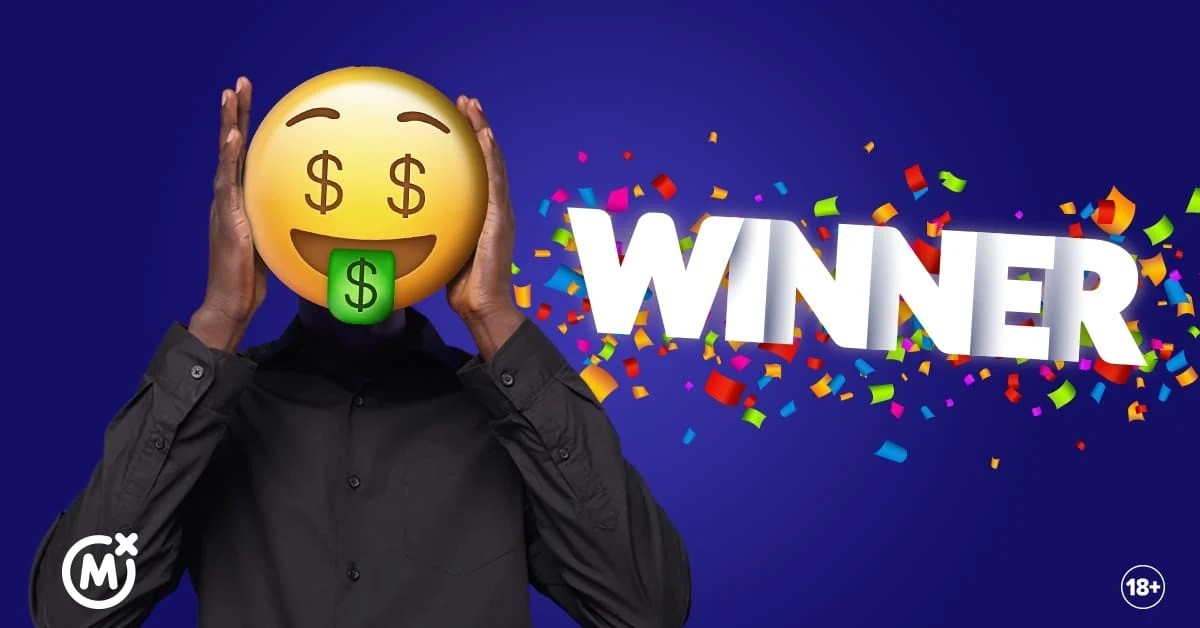 After receiving their windfalls, for personal reasons and also projecting the kind of ‘Omba Omba’ that obviously comes with it from family, friends and even total strangers, to manage expectations, both winners requested for their identities to be concealed.

“I have been playing on Mozzart Bet since 2018. What attracted me most was their Jackpot bonuses, at Mozzart even if I lose all 13 games I still get a Ksh 1,000 bonus for zero correct predictions just as a way of motivation. No other betting company has such an offer.” – Mr. Shaban said.

“I registered on Mozzart bet a long time ago but I have not been active. I started playing again when COVID-19 restrictions started. I received an SMS from Mozzart that every Monday, Mozzart will be giving out a HAPPY MONDAY BONUS to all active customers during the Corona period just to motivate them. Believe it or not, from the Sh 300 bonus I received on Monday that week, it is the last 50 Bob that made me a millionaire.”

It is the year 2020 that has seen more hits on the Mozzart Daily Jackpot. Even more striking has been the multiple hits on a single day. 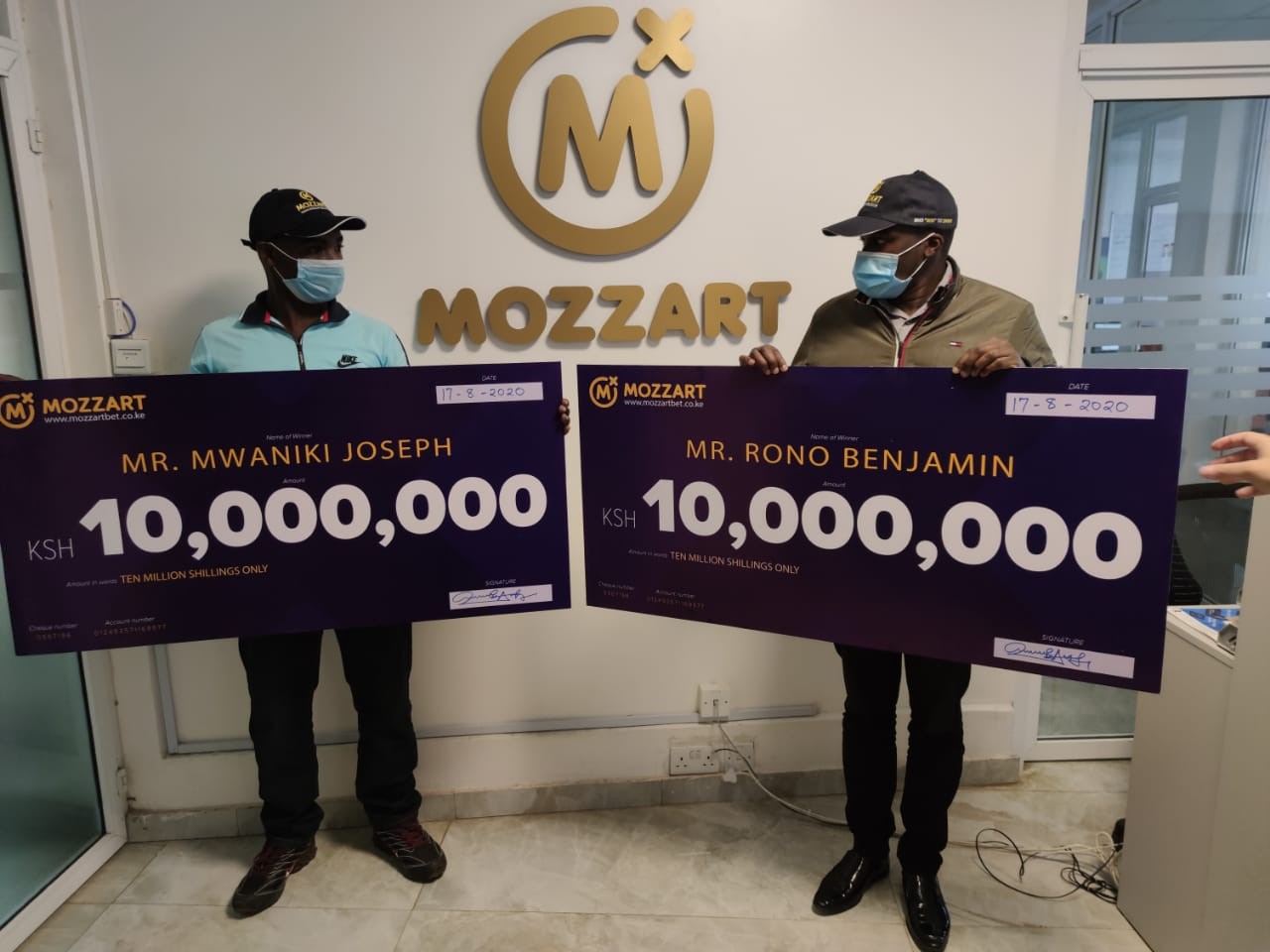 In August of this year, two men, Mr. Mwaniki Joseph, a farmer from Embu, and another one, Rono Benjamin from Uasin Gishu county correctly predicted the same 13 Mozzart Daily Jackpot games on the same day and were each paid out 10 Million Shs instantly.

Both Rono and Mwaniki placed their bets with Sh50 as the fixed stake. This was the first time Mozzart Bet paid out 10 Million Shs to two winners on the same Jackpot day.

Mozzart Daily Jackpot is the easiest in Kenya. Guess what? In a span of just a week or two, Mozzart Bet provided another pair of Jackpot winners. From a fixed stake of only 50 Bob, Mr. Bonuke Samuel and Mr. Robert Mwela, a Nairobi based pharmacist, became Mega Millionaires after hitting Sh10,000,000 each on the same day. 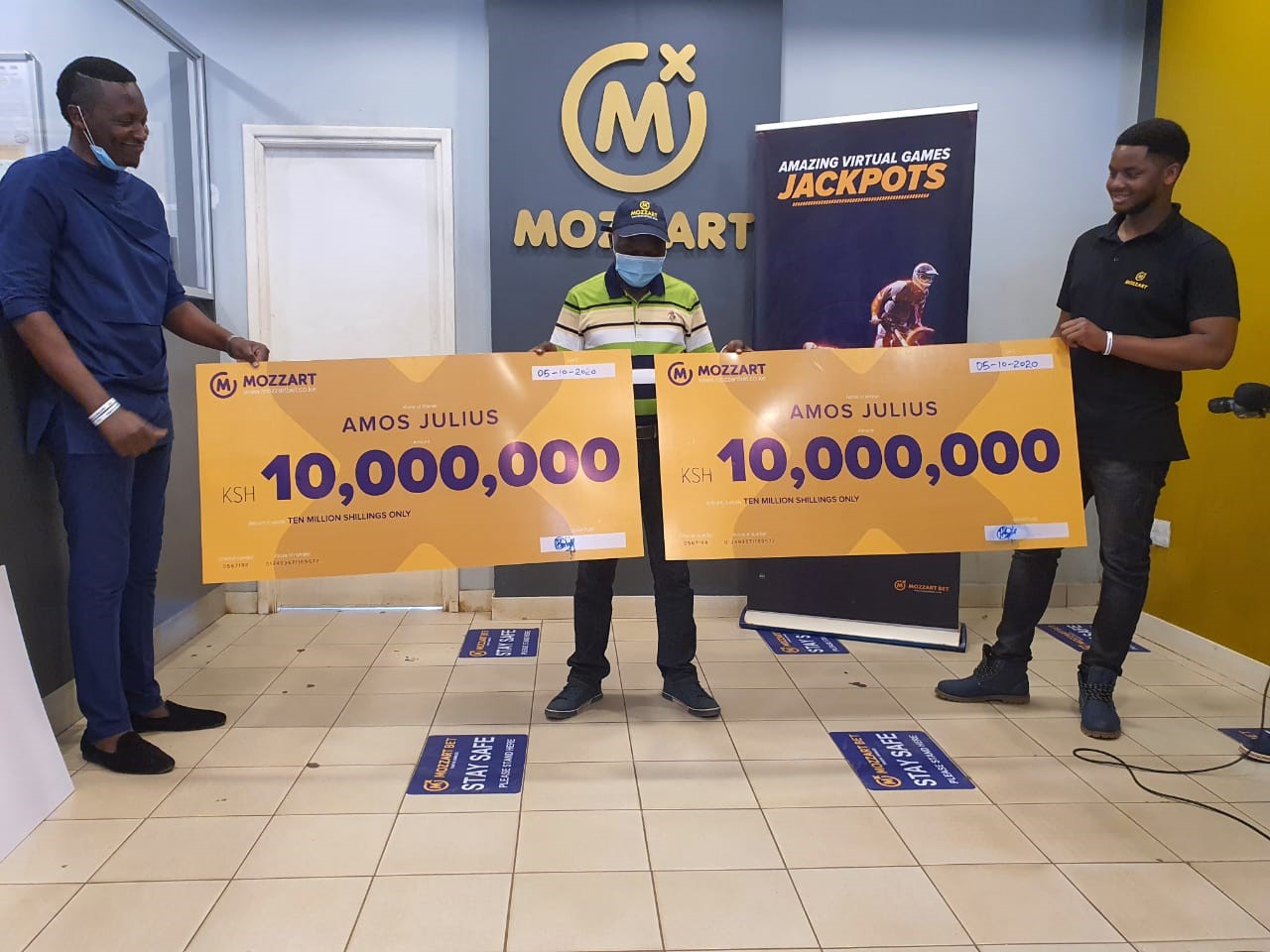 Unlike in other sports betting companies, the Mozzart Daily Jackpot winnings are not divided among winners, so instead of them sharing the 10 Million Shs for 13 correct predictions, they each went away with the 10 M. Mozzart parting ways with a total of Ksh 60,000,000 instantly.

The Mozzart Daily Jackpot bonuses are awarded for 8, 9, 10, 11, 12 & 0 correct predictions. It is almost impossible to lose out on some Jackpot winnings. The curtains to the year are almost being drawn, try your luck today for a chance to join the 2020 Mozzart Bet Club of Multi-Millionaires.

Always bank on yourself and your talents

Inspiration strikes you in the weirdest of places