It’s hard to define politics. The closest is to tag it as a social process determined by the nature of society. A process of decision making that accomodates the requiremements of all those affected by those decisions.

So much for academic citations. On the ground, things are pretty fluid – in politics.

Churchill Show’s comedian MC Jesse has officially announced his bid to vie for the Office of the Member of Parliament, in his home constituency – South Imenti. 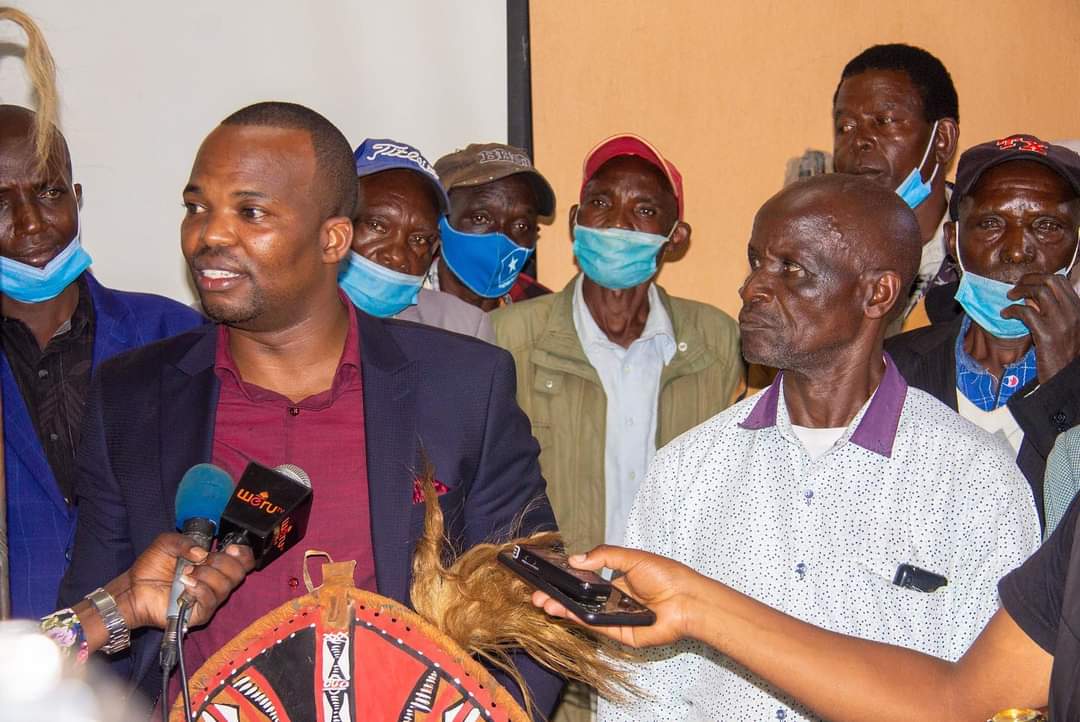 On Saturday 6th November 2021, MC Jesse received rare endorsement by elders in a ceremoy that saw the comedian a recipient of the traditional symbols of leadership.

These include a native headgear, a symbolic shield, a spear and a 3-legged carved stool.

At this ceremony, it hit the aspiring politician hard: It’s really a petition. To hold this office is not really a feather to a personal cap, but rather a higher calling to serve the people – often at the price of personal comfort.

“They say ‘What the Elders Can see while seated, Young Men will only be able to see it if only they stand on their shoulders” …

Over the weekend I was grateful and humbled by the Elders that raised me and who are from my Home Constituency of South Imenti when they honored and bestowed on me the blessings and responsibilities to lead South Imenti Constituency as the Member Of Parliament…..” 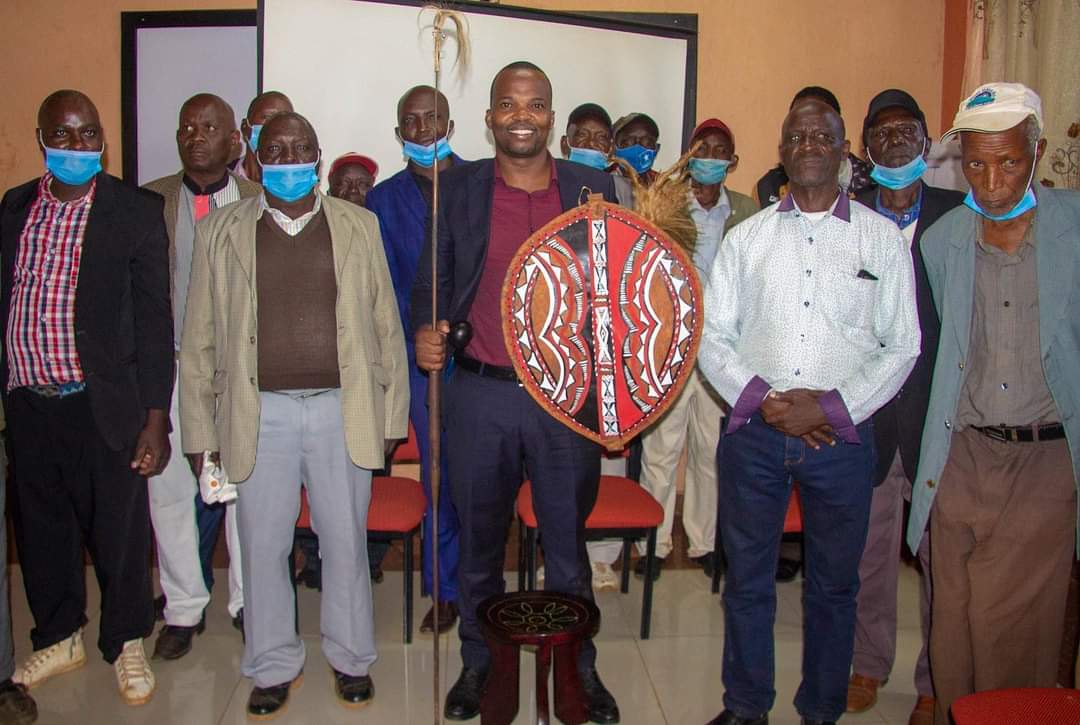 The comedian is popular for his theatrics on stage. He’s gifted in telling stories, often making fun of serious social trends.

MC Jesse, for people who have only seen him on stage – on Churchill Show, or hosting events – would be hard pressed to picture him deciphering serious issues in the society.

Yet, he’s a master. The stage persona is just an act.

In real life, MC Jesse is known as Jasper Muthomi. He grew up in an obscure, silent village in South Imenti. He’s an ambitious crusader in human rights, public and political affairs.

He’s not a chip off any old political block – no one in his lineage has held a political office. MC Jesse has no political legacy to inherit. He’s yet to announce the political party he’s joining for the quest.

He’s just an individual tired of the old political narrative peddled by the incumbent – Hon. Kathuri Murungi currently on his second term, and his predecessors.

It’s a sad fact, but South Imenti is probably the least developed of all the Meru Constituencies.

Basic healthcare is a mirage. Public hospitals and local dispensaries are bleeding – either half-built, understaffed or empty pharmacies.

The people suffer not for lack of resources, but, being victims of bad politicking and mismanagement of public resources.

MC Jesse’s life journey is fascinating. He’s been through it all. The usual tale – leaving home after high school and landing in Nairobi with nothing but a backpack – and not a dollar to his name.

It’s the benevolence of an old friend (an MP’s son) that gave him a footing. He started off as a farm hand, a laundry guy, a cook – name it. 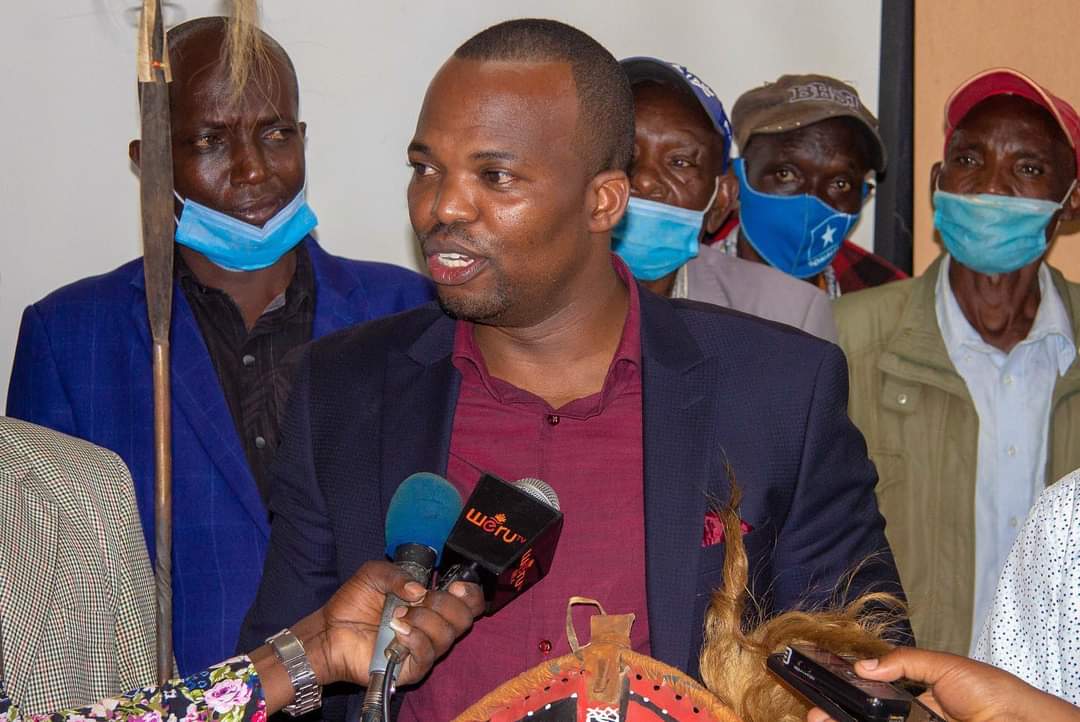 He’s probably the only aspirant on South Imenti’s MP roll that has walked the entire capital, Nairobi. Either looking for work, or going to work. It’s stranger than fiction. And, hilarious.

These experiences, though, has shaped the man enough to straddle the entertainment and corporate corridors like a Colossus.

He’s an engaging orator – and sure set to give some color to the usual bland discourse in the national assembly.

The people of South Imenti will benefit from an articulate presentations of their issues by a perceptive representative.