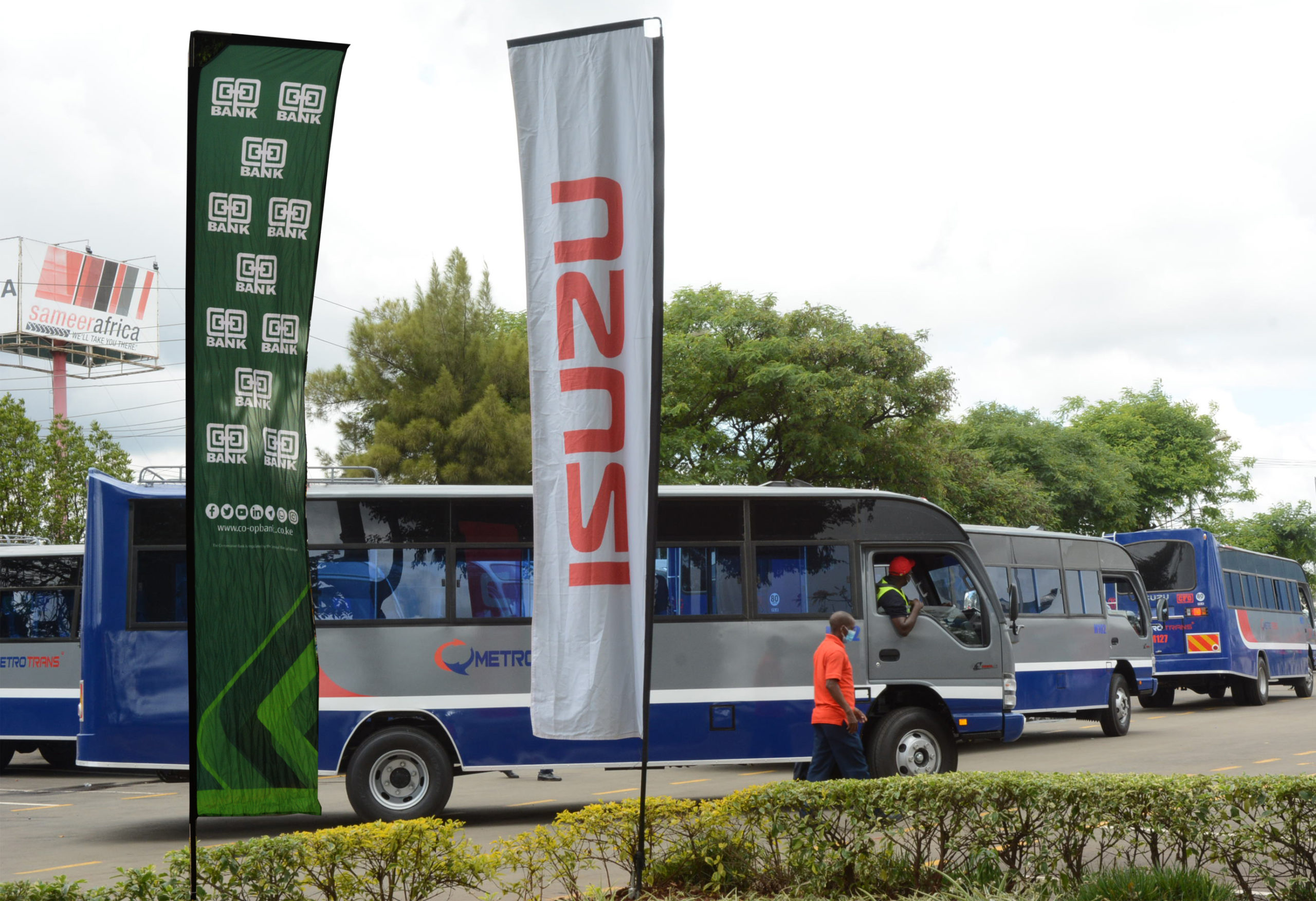 MetroTrans Sacco, one of the leading PSV transport Sacco’s operating in Nairobi, has today received 45 new buses at Isuzu East Africa with financing from Co-op Bank in form of a lease worth Kes 225 Million.

The lease will enable the Sacco to respond to increased demand in their existing routes, and to also serve their customers better by offering cashless payments enabled by technology company SWVL that allows users to make and track bookings through the SWVL app.

Under the leasing agreement, MetroTrans will lease the buses for a period of four (4) years after which they will be sold to individual Sacco members including drivers.  This empowers the Sacco members to own matatus which they would otherwise not have been able to acquire.

Co-op Bank is the first bank in Kenya to offer leasing services to the matatu sector. 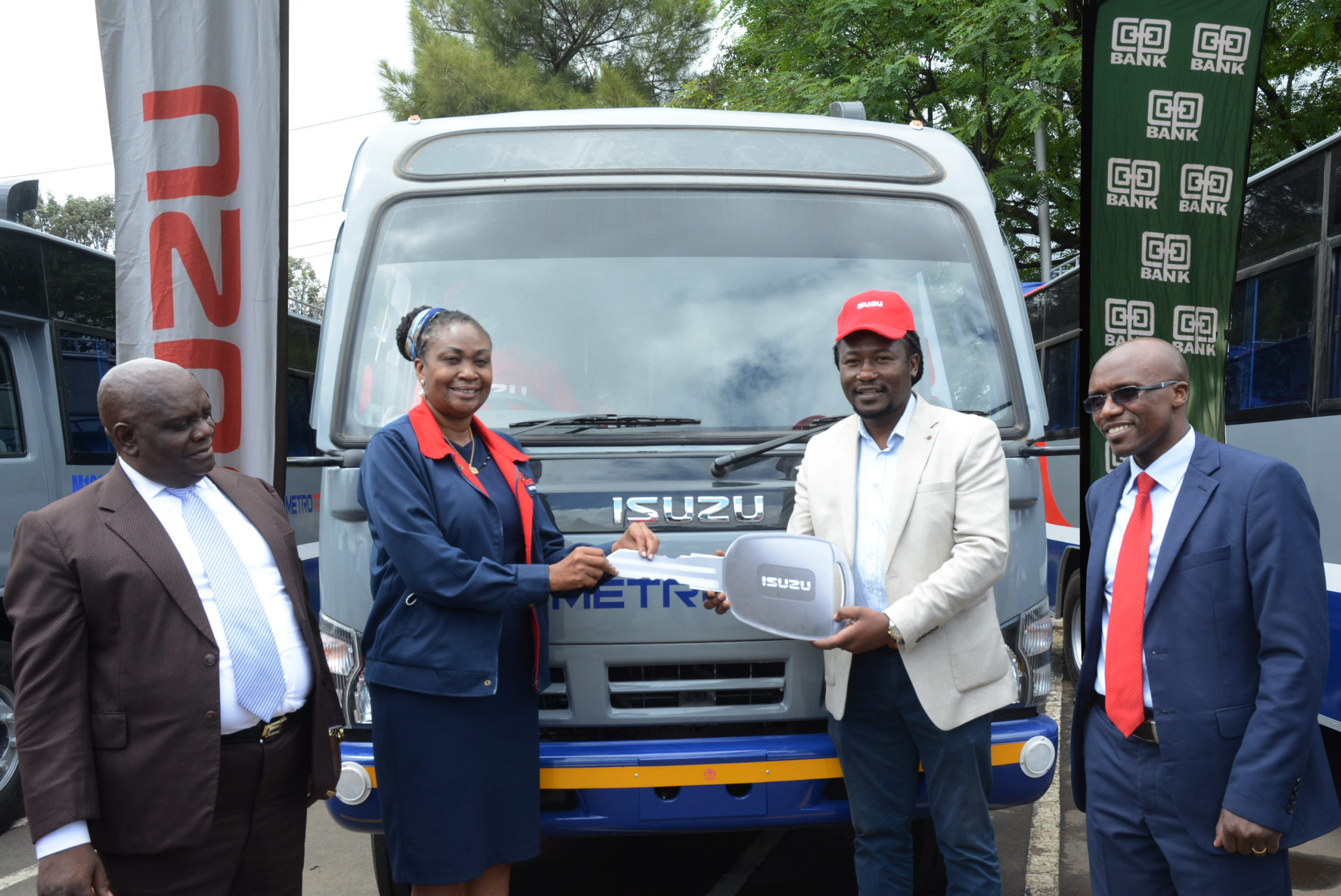 MetroTrans is one of Kenya’s leading transport Sacco’s, with investments in PSV transportation, logistics and supplies.

The Sacco has been in operation since 2011 and currently operates 51-seater, 33-seater and 14-seater matatus on various routes within Nairobi including Nairobi – Utawala, Nairobi – Kabiria , Nairobi – Kawangware and Nairobi – Kasarani – Mwiki. They have also expanded their operations to Bomet.

Speaking at the launch held at Isuzu Head Office in Nairobi the Chairman of MetroTrans Sacco, Mr. Oscar Rosana, lauded the partnership between MetroTrans Sacco and Co-op Bank that enabled acquisition of the new fleet of buses, which will significantly boost the income of Sacco members.

“The acquisition of these buses is timely, as it will improve the incomes of our members by addressing the increase in demand we have experienced in recent times. Furthermore, our partnership with SWVL to provide cashless payment solutions is consistent with Government guidelines intended to minimize the use of cash in favor of cashless transactions in an effort to reduce the risk of spreading COVID-19”.

“Co-op Bank is the preferred choice for PSV companies and Sacco’s since we understand their business model very well and have the right solutions to cater for their needs. We have a dedicated Transport and Housing Co-operatives department that supports over 900 transport companies and Sacco’s with working capital, payment and collection solutions to assist them effectively manage their fleets”.

He further adds: “This year alone we have approved financing for over 200 PSV vehicles worth Kes 870 Million, through asset finance and leasing. We are proud to be the first bank in Kenya to offer this service to matatus and look forward to more Sacco’s taking it up.”