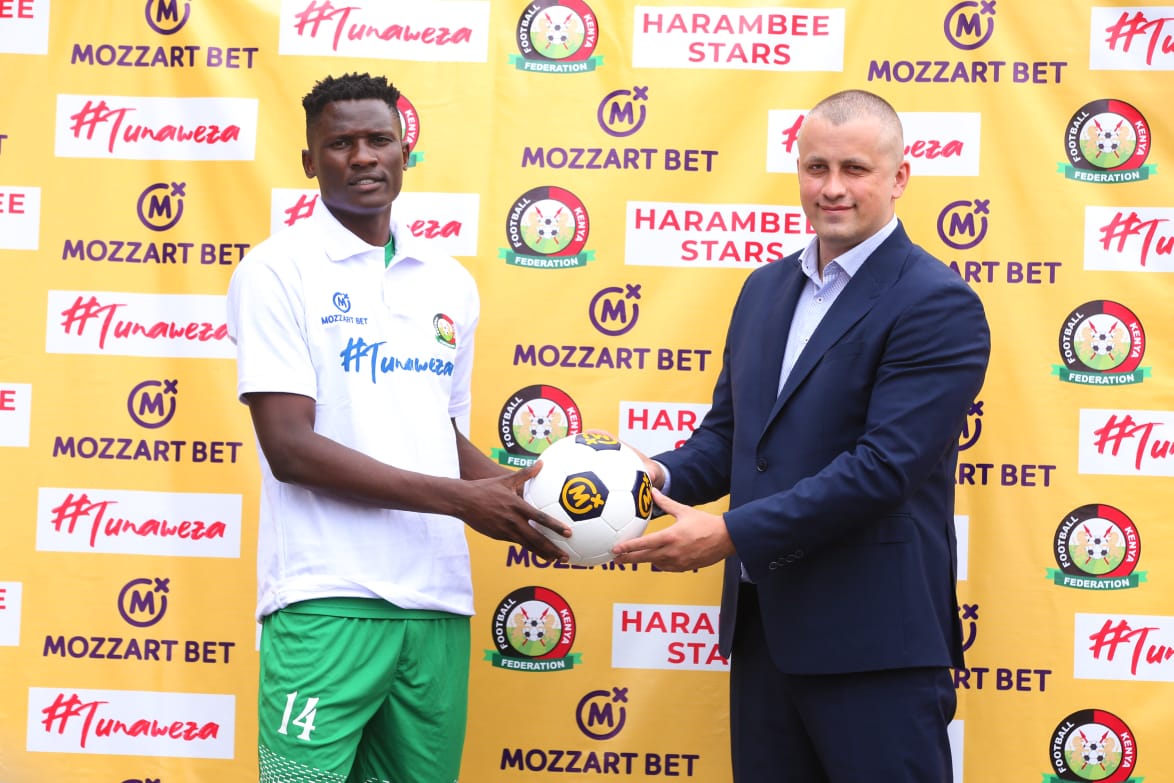 From lower-tier clubs that receive help through the action “New Jerseys for New Champions” and numerous donations, to sponsorships of various teams, Mozzart has now entered into a partnership with the Football Kenya Federation (FKF).

Mozzart has actively been involved in distributing kits and other sporting equipment to grassroots teams countrywide, but also sponsoring grassroots tournaments, most notably the recent Dennis Oliech Cup and now continues to invest in sports. 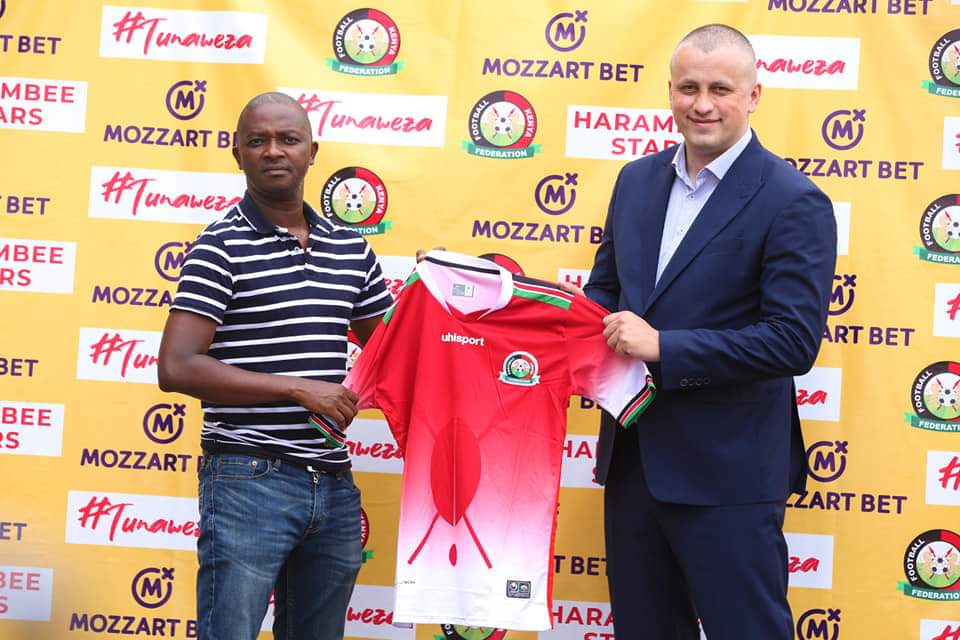 The sponsorship is for the team’s 2022 FIFA World Cup qualifiers and the company effectively becomes Harambee Stars’ Motivational Partner during the same period.

“We thank Mozzart for supporting the National team. It gives us great pleasure as players to know that we have an organization that believes in us. It is a huge motivation especially heading into such a crucial match on Sunday and our hope is that we will get more partners in the near future,” he said. 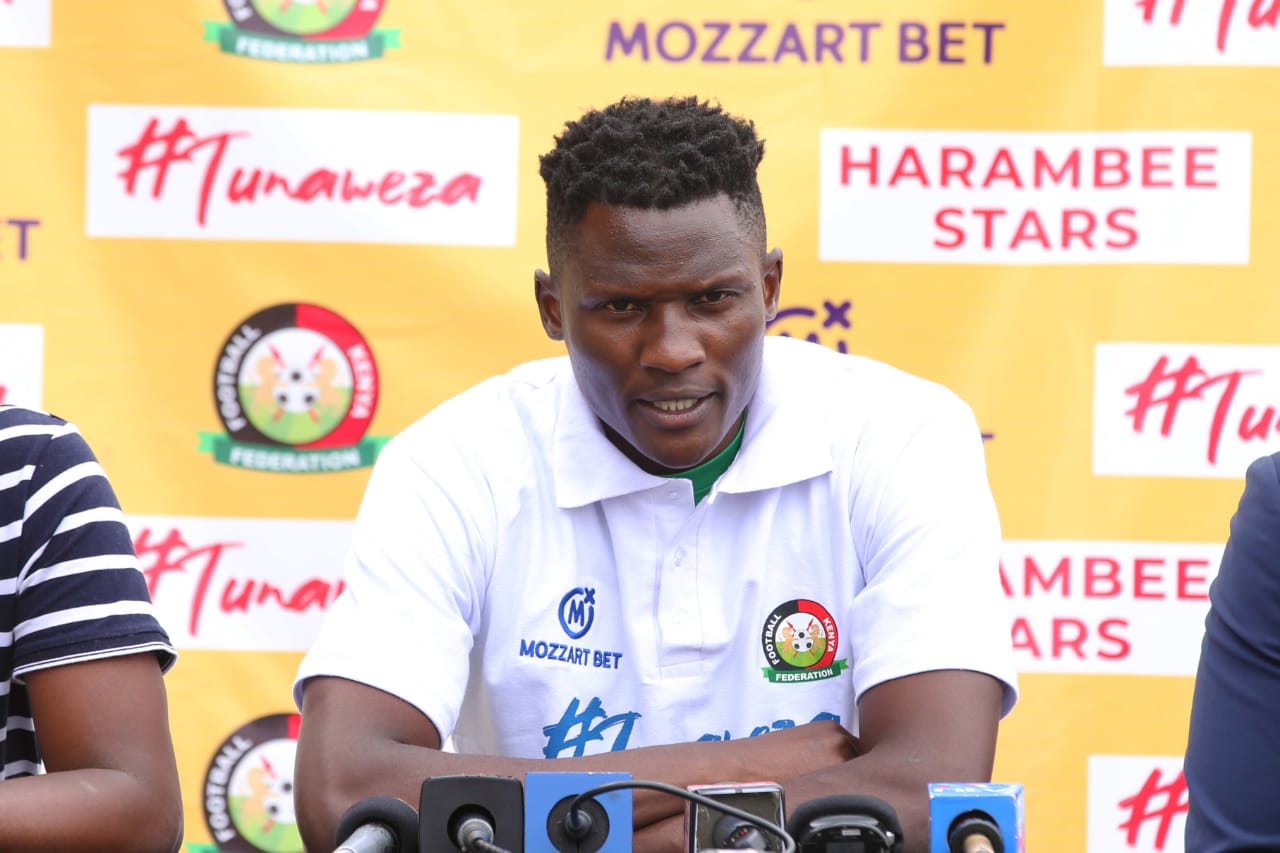 “The ball is now our court as players to ensure that we do better on the pitch to ensure we give such partners value. On behalf of the team, I promise we will do our best,” he added.
Federation boss Nick Mwendwa echoed Olunga’s sentiments.

“We are very thankful to Mozzart. We were able to send the team to Morocco comfortably to face Mali and even though we did not get a good result, we believe this partnership will go a long way in motivating the players for the remaining three matches and my hope is we can come up with a long-term agrreement after this.” He said.

Mozzart Country Manager Sasa Krneta urged Harambee Stars to step up their game when they come up against Mali on Sunday at the Nyayo National Stadium.

“Mozzart has the interests of the Nation at heart and we share in the vision to improve the standards of football in Kenya and Harambee Stars performing better as a result.,” he said.

“This partnership with Harambee Stars is just for the World Cup qualifiers but we believe this is the right time to support the team and push it to do better. We believe in the project and know there’s potential of doing better.”

“As you go out to face Mali tomorrow, I want you to know that we are fully behind you and wish you the very best. TUNAWEZA!” he urged the team.”

Kenya takes on Mali on Sunday from 4PM EAT at Nyayo and will then travel away to face Uganda in a return match penciled for Thursday 11th November before welcoming Rwanda at home three days later.