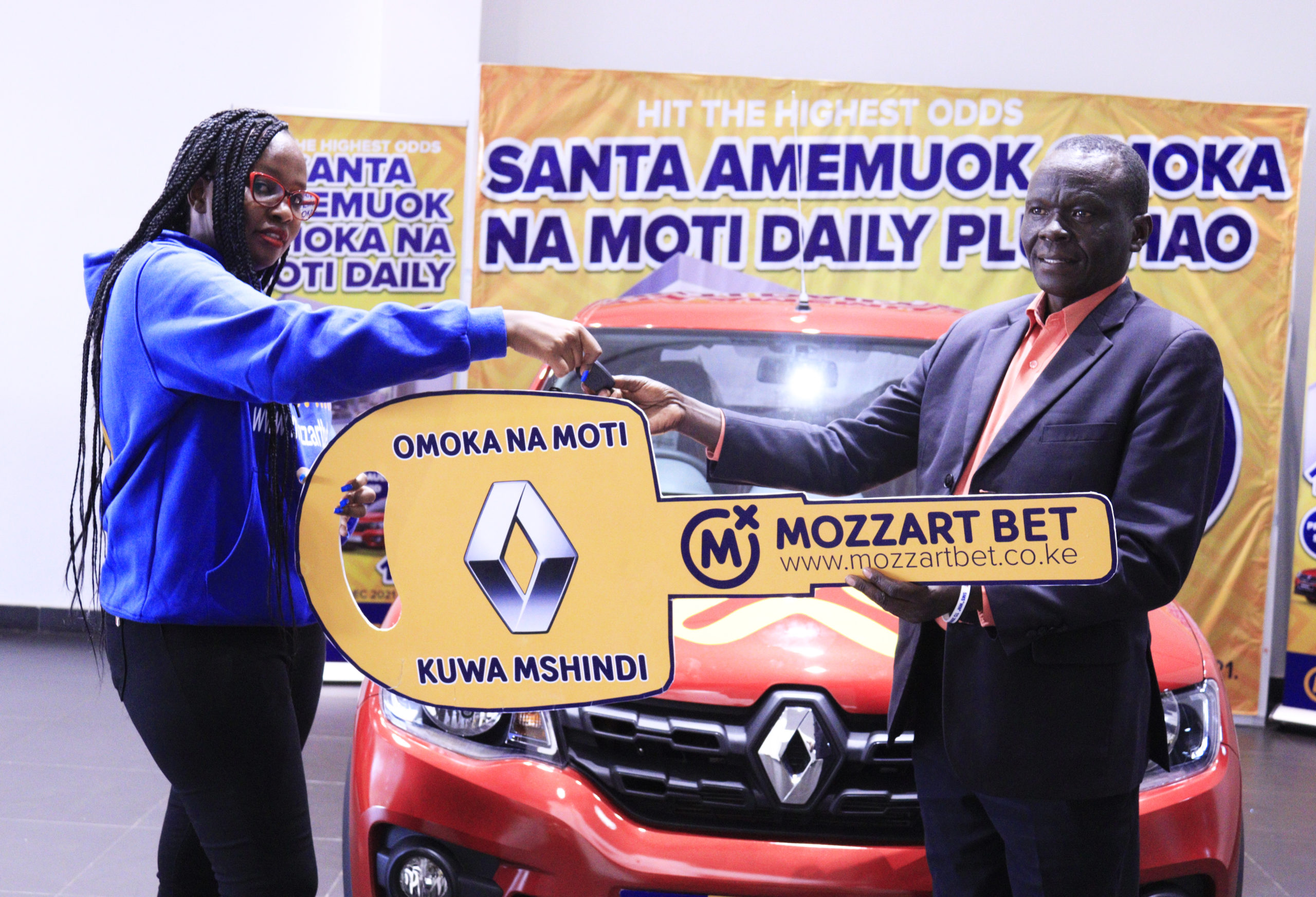 A carpenter from Kawangware, a 53-year-old civil servant and an accountant from Eldoret have joined the list of the new car owners. 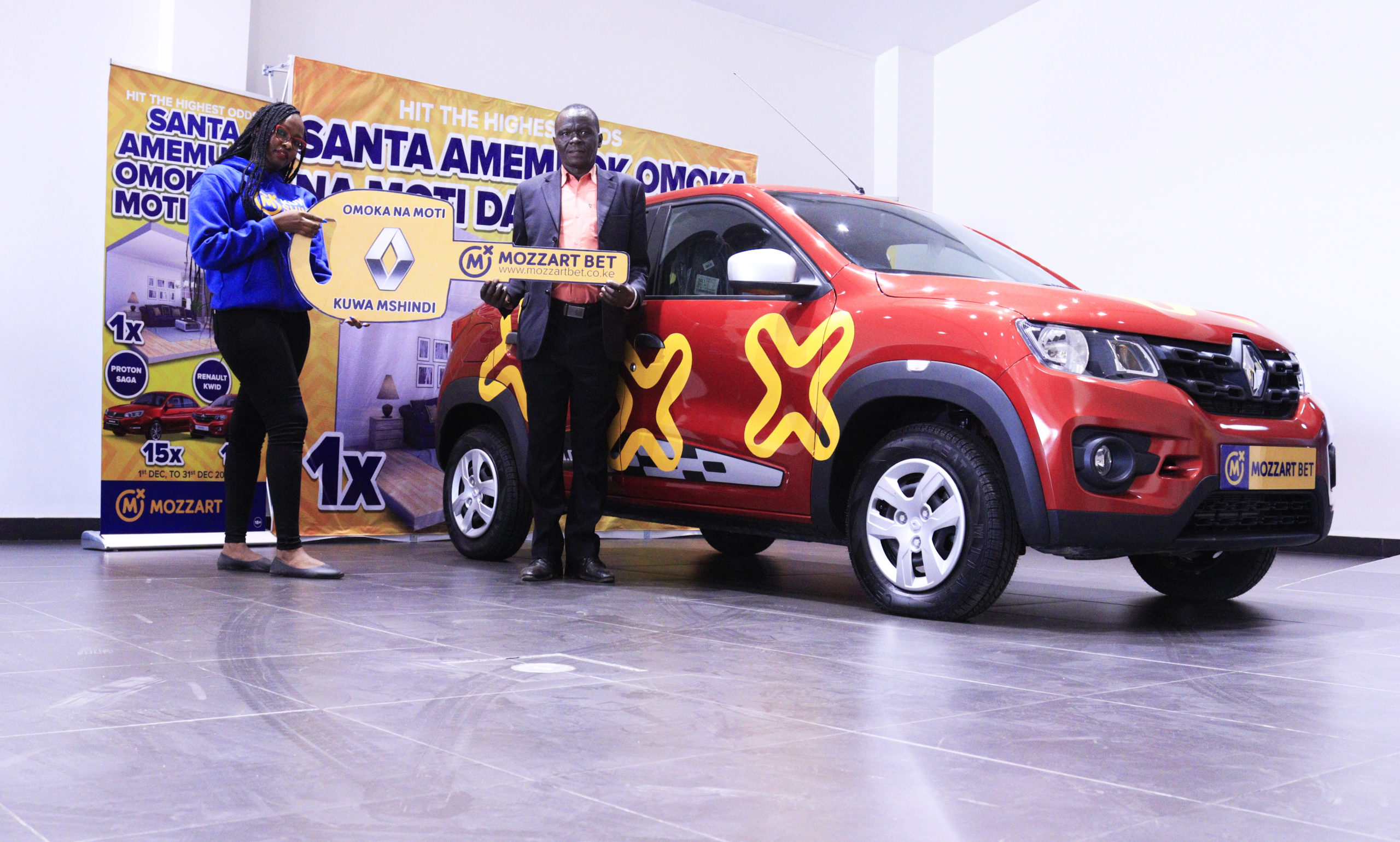 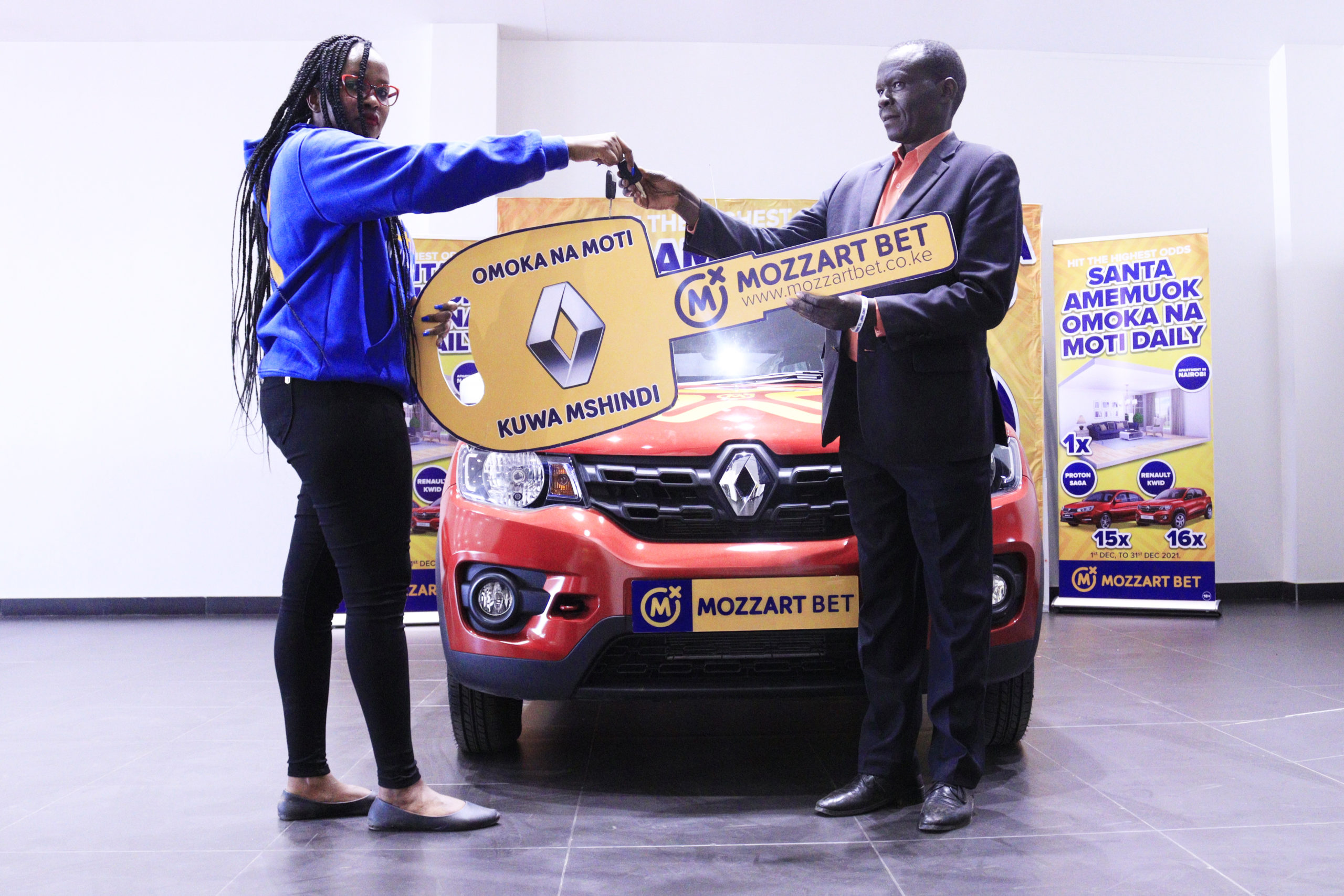 Among the latest winners of the Omoka na Moti Promotion is a Kawangware man stuck in analogue world who placed his bet over the counter in a betting shop on Saturday, a 37-year-old accountant from Eldoret who has been praying for a car and a 53-year-old civil servant from Baringo.

Joseph Cheburet who works for the Ministry of Education in Baringo County became the 3rd recipient of the daily giveaways when his eight games accumulated 2839.81 odds and won him Ksh162,750.

He also happened to be the day’s biggest winner and duly got his Ksh1.2m worth of car.

“On this particular occasion I wanted to play the jackpot but was time barred. So I picked random games from the jackpot list and played like the normal bets. Eight games with bigger odds. I was happy to win the bet but was more elated when I was informed of the Omoka na Moti Promotion win,”

Cheburet gleefully recounted after learning of his big win

The Kawangware carpenter, Simon Airo, casually placed his bet in a Kawangware Mozzart Bet shop on Saturday then went about his woodwork business in the sprawling informal settlement.

He returned hours later to collect his winning, then disappeared without a trace oblivious to the fact that his multi-bet had accumulated the highest winning odds of the day.

“I had a feeling I might win and a lot of people who saw me pick my winning also told me so. Out of curiosity I went back to the shop on Monday afternoon to see who had won the car. Imagine my joy when the shop attendants informed me that I was the Omoka na Moti Promotion’ 5th winner.” Airo explains.

Sunday’s fortune fell on the doorstep of a 37-year-old accountant from Elgeyo Marakwet County who works for a private firm in Eldoret town.

Julius Kipchumba Kipsang’, a father of three put together twenty-eight games in a single multi-bet ticket on Sunday.

He then placed one hundred bob as stake and won a whopping Ksh175,412 in winnings. He was not aware of the follow up winnings and doubted Mozzartbet Marketing Manager Frank Ochieng who called him to relay the information.

“You know I have been seeing this promotion and playing to win it but nothing had come my way. So when my 28 games’ prediction turned successful I was happy for winning the money. It did not occur to me that I may be the winner of that day’s car,” an excited Kipchumba said on Monday.