Need ideas to surprise your family this Christmas? Try a signature Cassava-themed dish! 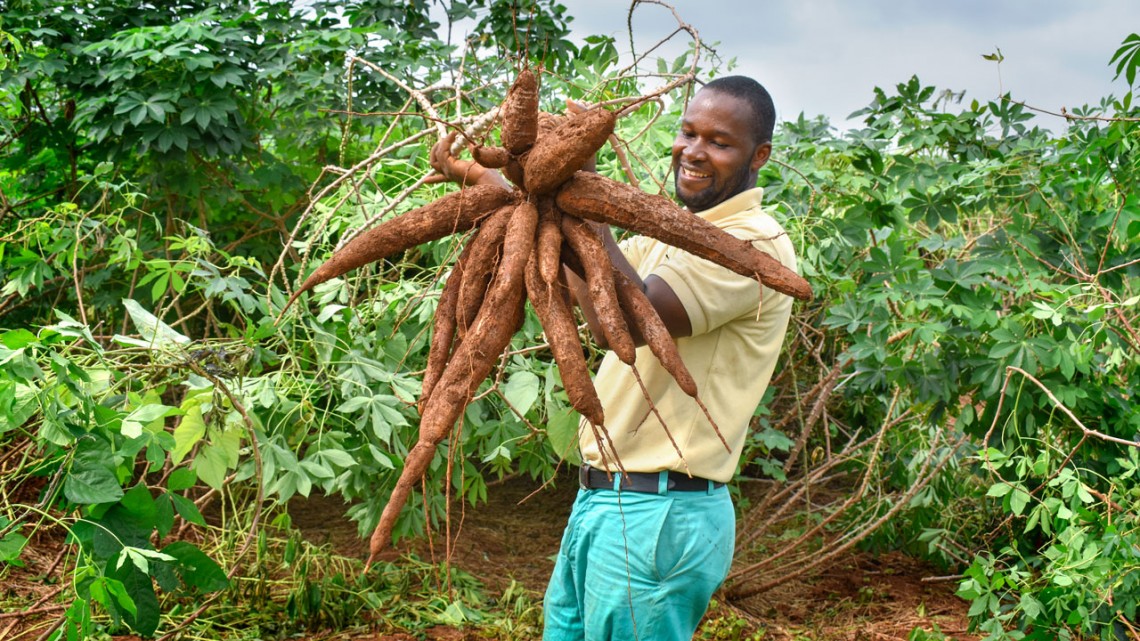 It’s time for healthier and more appealing food – to the eye, and the palate.

The cassava is versatile, but often suffers the blunt of masculine jokes. It’s a popular feature in fertility and virility jokes – there’s a conception that Cassava adds fuel to a man’s drive. 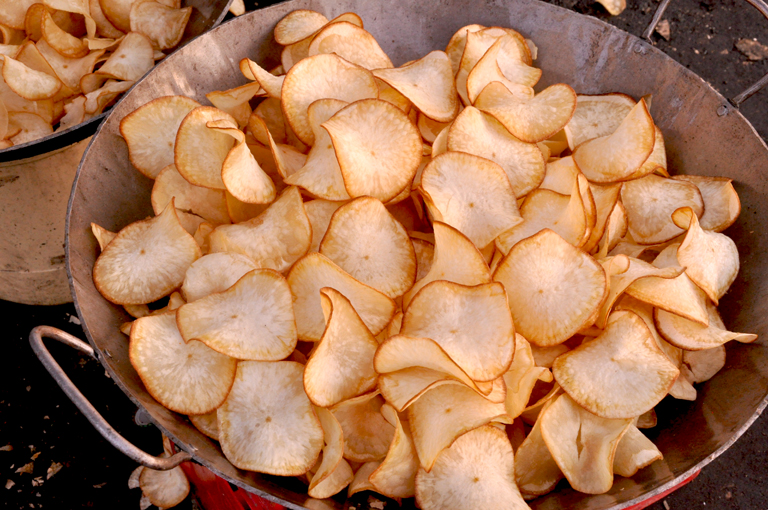 Besides, the root is gluten-free, grain-free and nut-free, making it a potential food substitute for people with allergies.

However, Cassava roots, skin and leaves contain cyanogen glycosides that are toxic, thus needs some preparation routines before consumption. Otherwise, it’s an important source of nutrients and energy.

This cyanide content is removed by peeling and cooking the tuber.

The Cassava tuber has an earthy, mild taste and starchy consistency. It can be used in a variety of recipes, basically as you might prepare potatoes – steamed, baked, mashed, boiled, or roasted.

Cassava can also be fried and made into chips, similar in preparation and taste to potato chips. The chips can be ingeniously flavored with native herbs and spices like garlic, cinnamon – and fried just as crispy and delicious as French fries.

This is a popular street delicacy in urban coast – peddled on the pavements and open-air markets.

Cassava can also be eaten similarly to mashed potatoes – combined with butter, roasted garlic, or grated cheese, or topped with a drizzle of extra-virgin olive oil or a large spoonful of caramelized onion.

To start, examine your Cassava tubers.

The roots should have a clean fresh scent and snowy white center when cut open. Break off the end of the Cassava. If the flesh has black specks, lines, or any discoloration, it should be discarded.

Before cooking, Cassava needs to be peeled and cut. Because of the thick skin and protective wax coating, use a regular knife.

Stand the root up on its end and slice vertically along the edges until the skin has been completely peeled off.

Next, remove the core. Some methods may have the core removed after cooking, but, pre-removal is the safer bet.

Stand the root pieces on end and cut the peeled root in half lengthwise to expose the woody core – curve and discard the woody, thread core.

The cassava is now ready to cook in a recipe or safely frozen for future use.

At this point, you can use the Cassava in essentially the same ways you’d use potatoes, or yams. There’s lots of recipes: Cassava-meat recipes, Cassava-flour bread, Cassava crisps and chips, et al.

This is a healthy family treat. In the village, the plus is that Cassava is fresh, as it’s widely grown. All you need to purchase is the auxiliary ingredients. 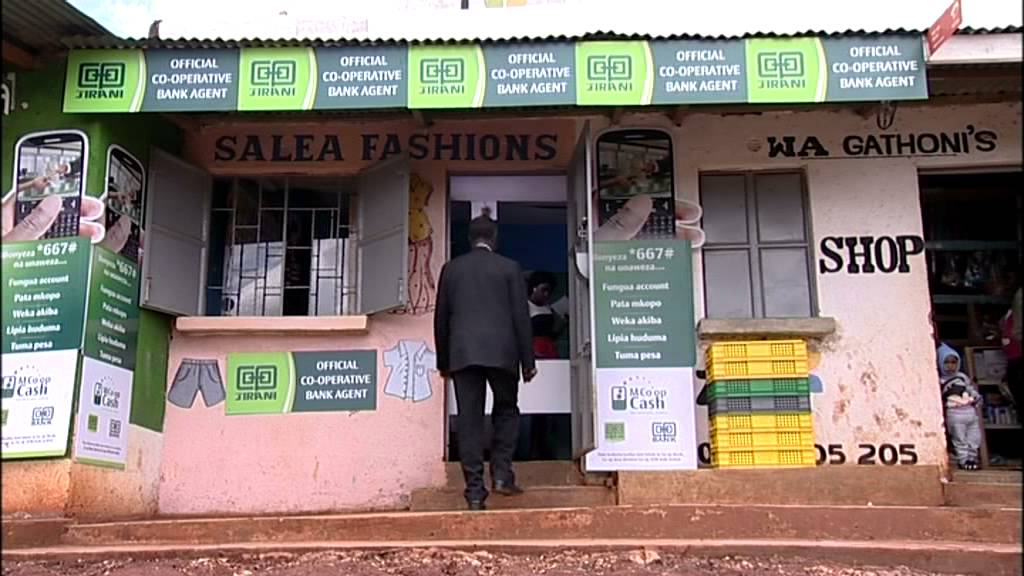 In the village, support local businesses by shopping for ingredients locally. It makes no sense to shop for garlic in the city – check at the local grocery – who’s also may be a Co-op Kwa Jirani agent.

Co-op Bank has a unique banking experience through its Co-op Kwa Jirani model that mirrors banking in conventional banking halls.