Relief as pre-term twins get a new lease of life thanks to a Mozzart donation in Waithaka, Kikuyu 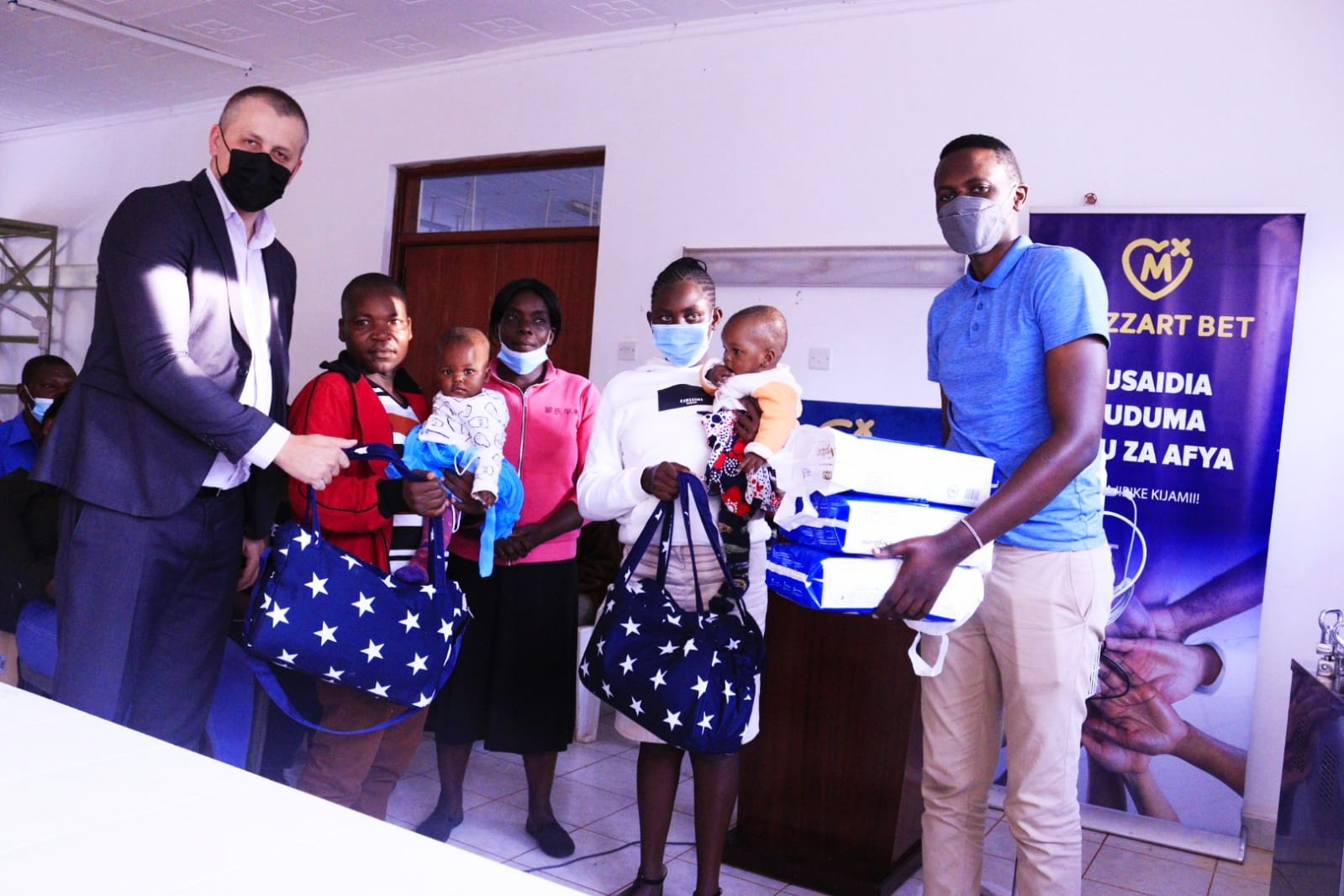 Moments later, her daughters Annabell and Christabel Lisanza were safely delivered but that’s just about the only good news Wanjiku and her husband Milton Lisanza for an eventful two months. 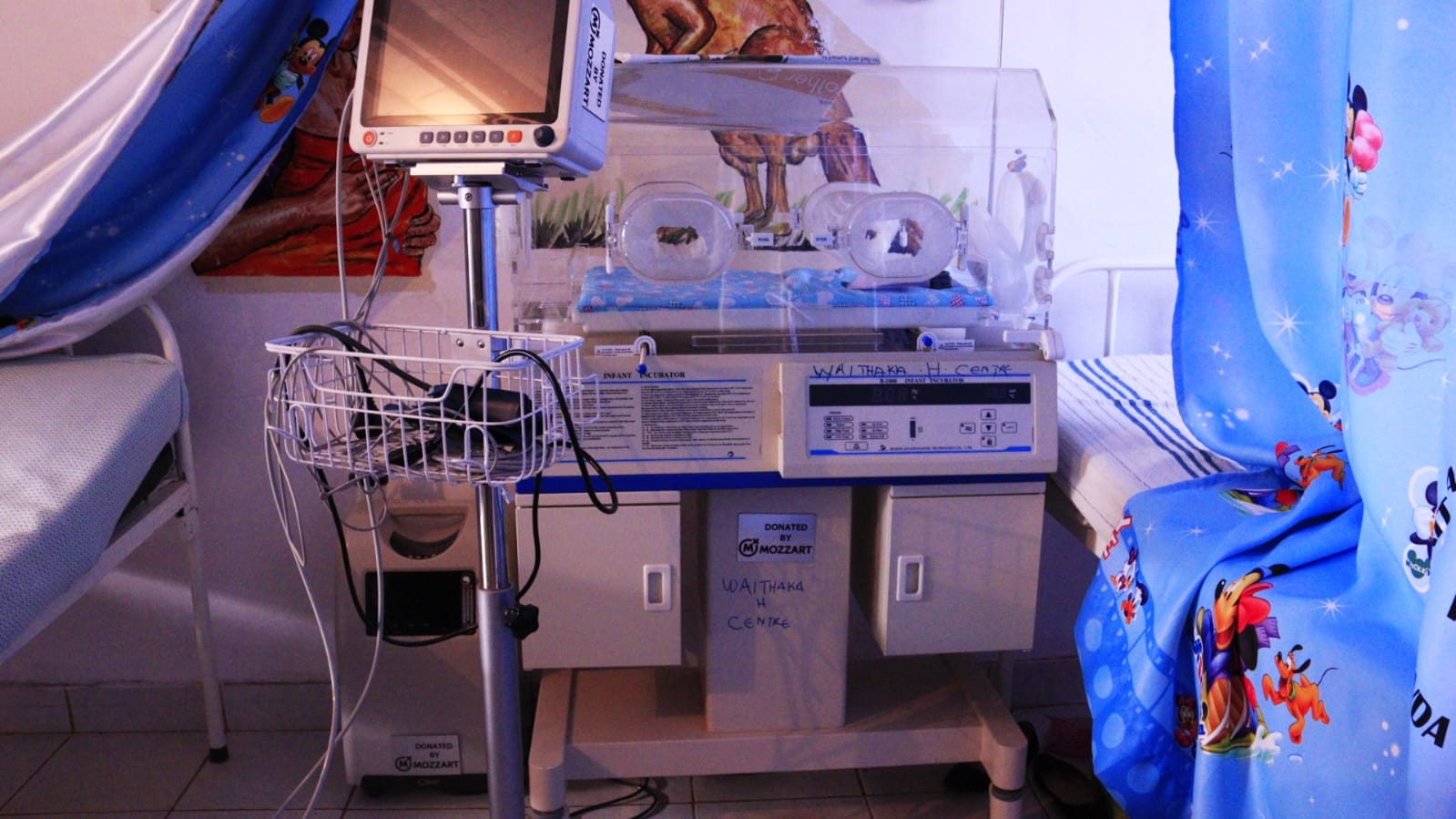 Born three months early, Lisanza’s daughters were, as expected, pre-term. Annabell weighing less 1000g while her sister had just hit a kg on the scale.

“They were so small it took so much courage and will power not to walk out the hospital gates and forget I was married and had two daughters. I couldn’t see any light at the end of this dark tunnel,” narrates an elated Lisanza holding Annabell to his side as Wanjiku holds back tears, Christabell firmly in her arms.

A matatu driver at the time, Lisanza had to quit his job as the early mornings and late nights were not ideal from the journey he and his wife had to walk to save the lives of their bundles of joy.

Lisanza had to quickly learn the Kangaroo Mother Care, a method of care of pre-term infants. The method involves infants being carried, usually by the mother, hence the name, with skin-to-skin contact.

“We had a schedule, I was to come in at midday and take over from my wife who had to care for the two all night and through the morning. It was such a tough time for us. I had quit my job and the bills had to be paid somehow so I resulted to manual jobs at construction sites,” 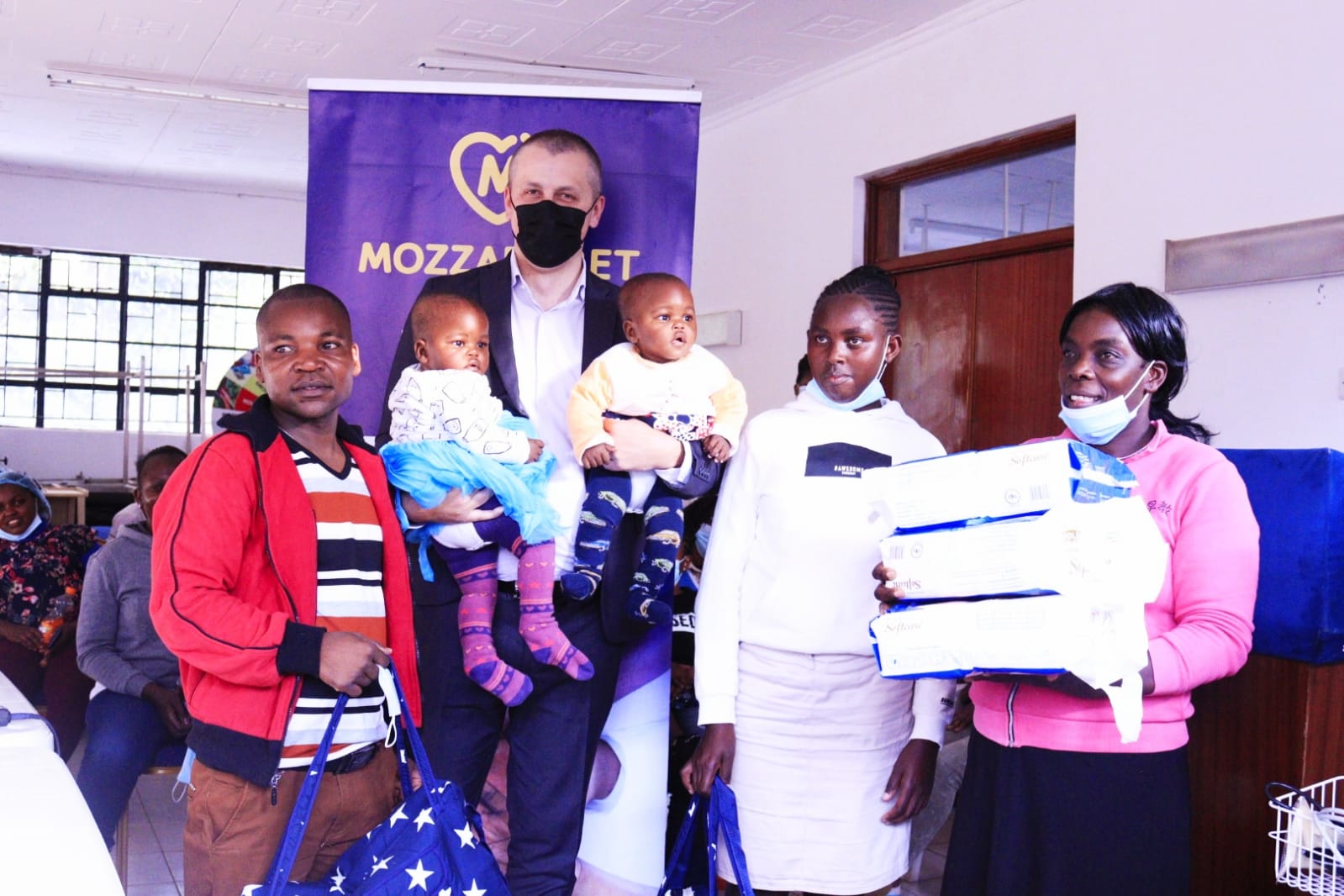 “That meant, more often than not, I would be late for my turn to take care of the twins. No one will give you a manual job and let you off at midday. Mostly I would just come in at 4 pm and get a mouthful from the nurse in charge of the Kangaroo care. She had the best interest of my wife and children at hand so I understood the concerns,” the father of two explains.

The hospital had floated the option of the parents transferring the twins to a more established facility, Kenyatta National Hospital, being the most affordable option so the infants would be in an incubator.

“We just could not get the funds so we resulted to the Kangaroo care which was the best option and chance for our children’s survival. My wife bore the burden bravely and I couldn’t ask for a better partner,” offered the father. 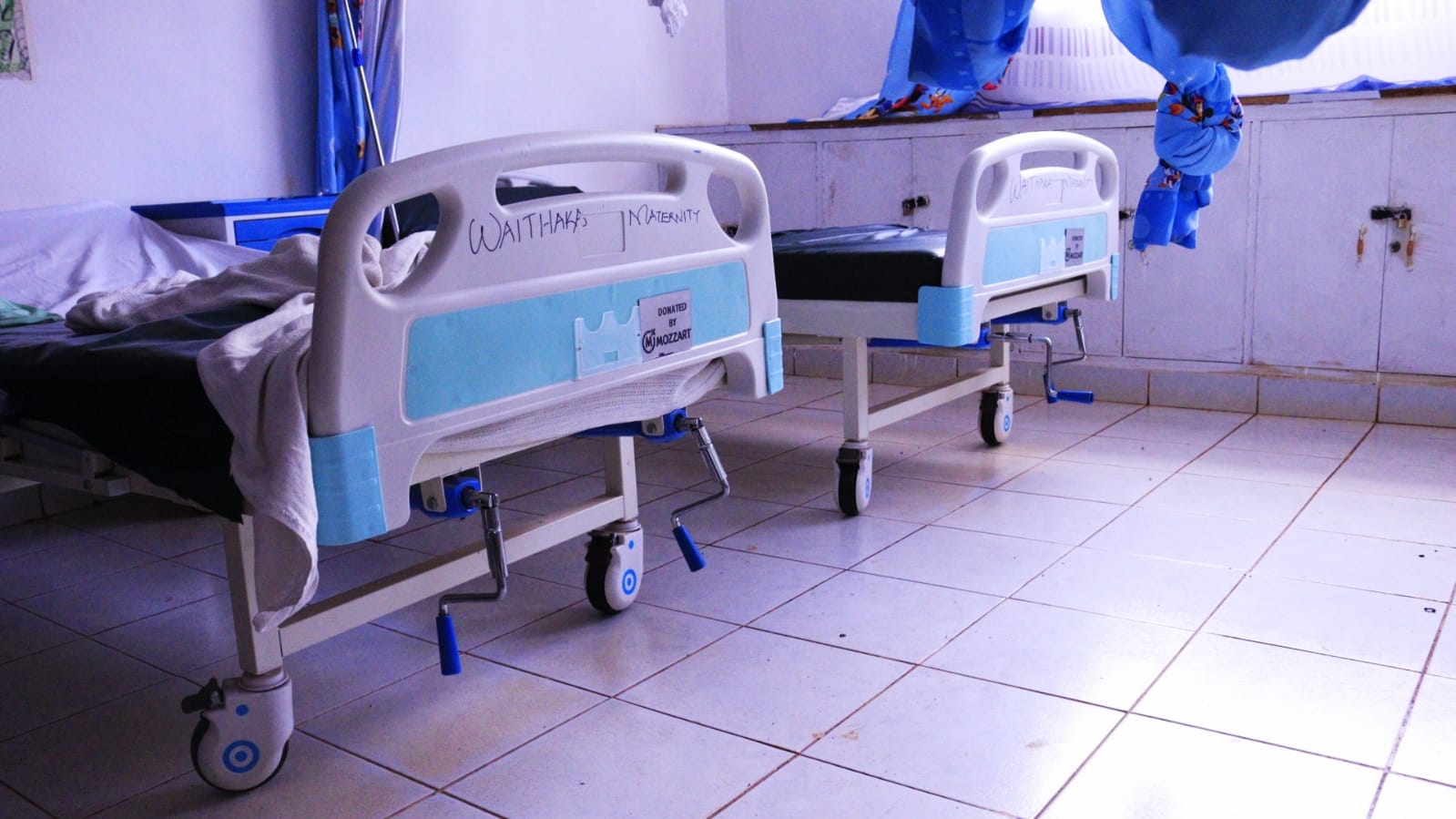 Two months into the Kangaroo care, a miracle happened! In one of their CSR projects that involves equipping health facilities across the country, Mozzart had identified the health facility and had elected to equip the maternity wing.

Among the donations was a baby incubator, the others included 4×2 crank beds with mattresses, two patient monitors with stands, two Oxygen Concentrators, four bedside lockers, one foetal doppler and monitor and a Digital BMI scale.

“Life changed when the hospital got the incubator. The twins a better chance at life. They had fought for two months and we knew they had it in them to go all the way. For the next two months in the incubator, it was easier for me. I had more time to work and only came in in the evening to check on them. It was a weight lifted off my shoulders as I knew they were safe and my wife would also get some time to rest,” said an elated Lisanza.

Four months after Annabell and Christabel were born, their parents were finally allowed to move out of hospital and have their children at home, albeit under very strict guidelines on what they have to do.

One year on, Annabell and Christabel Lisanza celebrated their first birthday in a big way, back at the facility that was their home for the first four months of their life and Mozzart was at hand with more for the parents and the facility.

With Saša Krneta, the company’s Country Manager in attendance alongside Marketing Manager Frank Ochieng, the leading gaming firm on 10 December donated a 75 litres Autoclave as well as a Vital signs monitor.

Lisanza’s family also got essentials for their children as the facility’s staff joined them in cake cutting to celebrate their babies’ milestones. 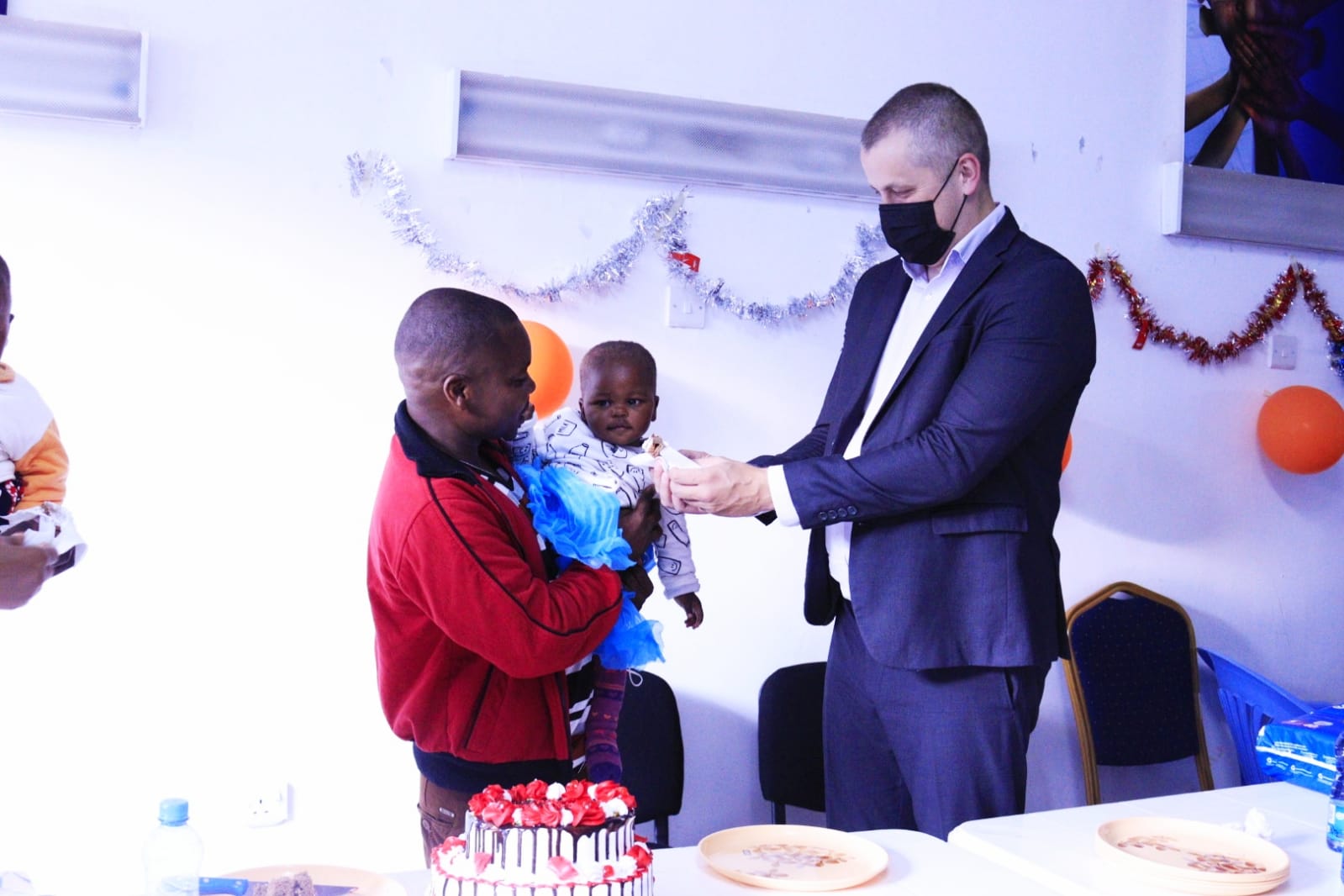 “Were it not for the Mozzart’s donation I don’t know how long we would have been in hospital and how life would have panned out. I am grateful to the company for the donations and for helping the medical staff at Waithaka to take the best care of my babies. We cannot thank you enough for this noble initiative and pray that you continue helping other parents in need especially,” the elated father said.

While his family is doing well, the former matatu driver who before Covid-19 hit also had a side hustle caring for and training domestic dogs is hoping for a break in his finances.