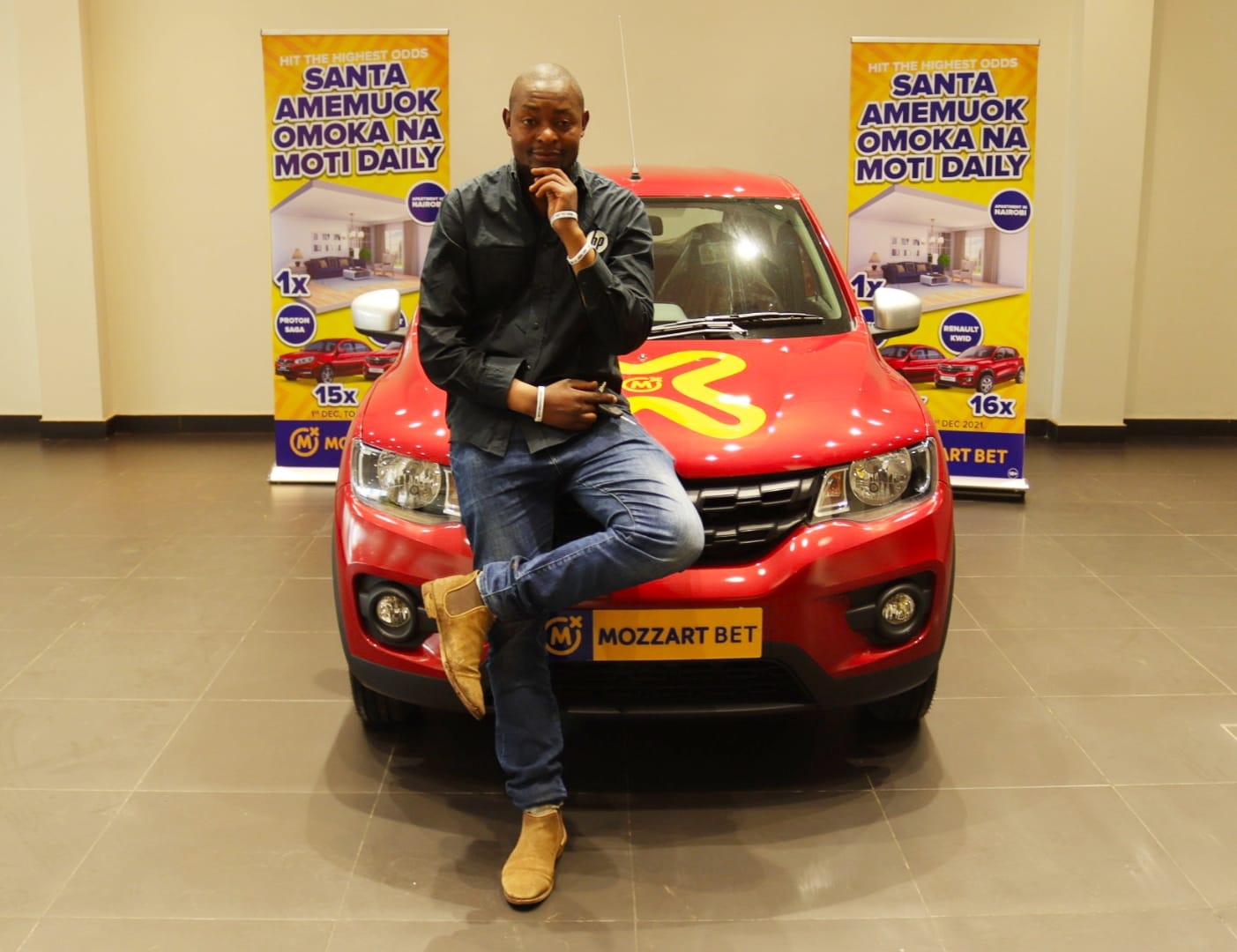 Lady luck smiled at a Rongai man on the first day of December 2021 as his fifty-shilling bet won him a Ksh1.2 million Car in Mozzartbet’s Omoka na Moti Promotion, the biggest prize promotion in the betting landscape of Kenya.

Zadock Sanawa, a civil engineer who has been jobless since the advent of Covid-19 last year, met the bare minimum qualification for the competition eligibility to become the life changing promotion’s first winner. 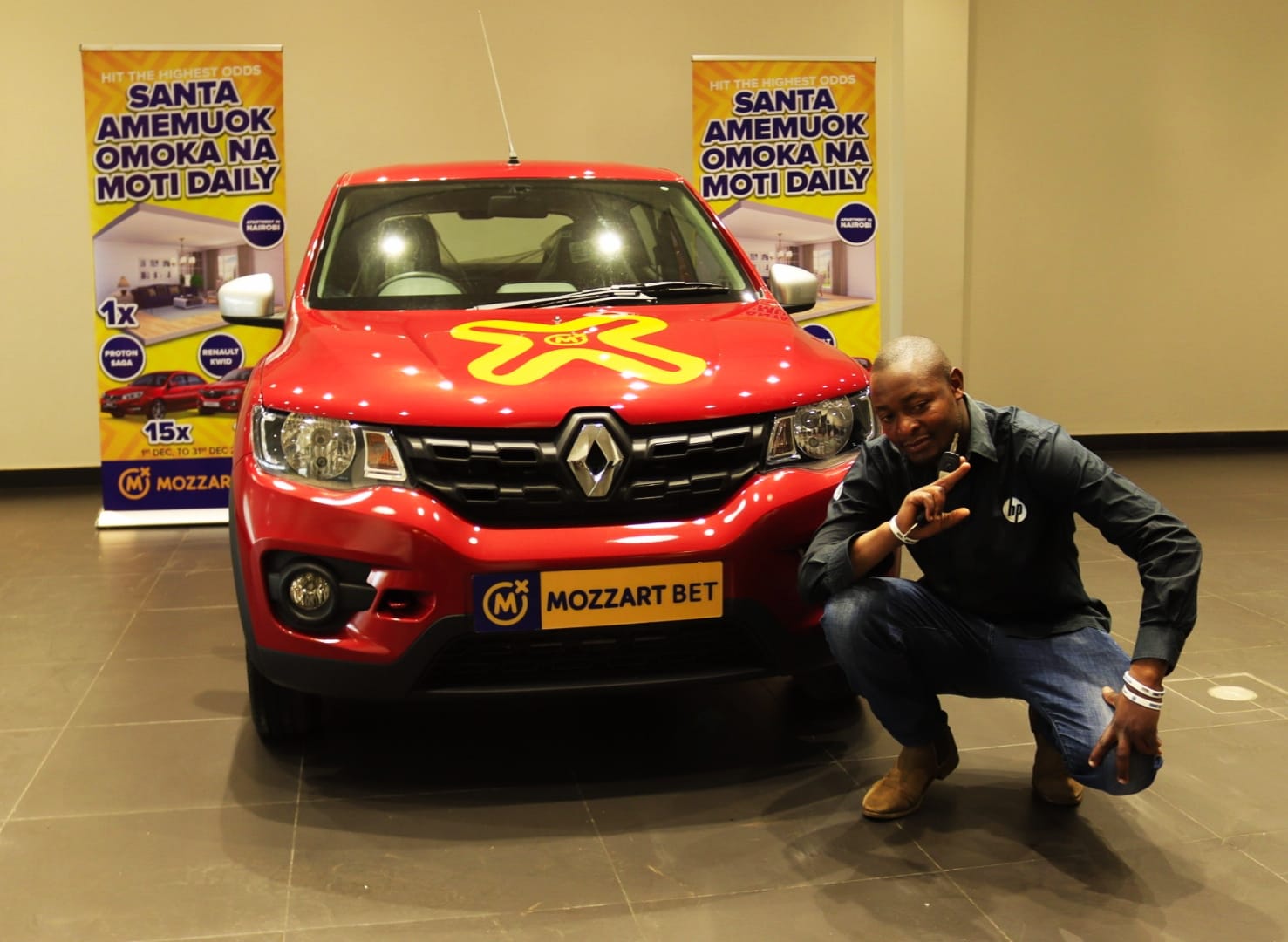 Thirty more winners are set to be rewarded in the festive month.

The car is in addition to the successful Ksh20,827 ticket of his fourteen-game multi-bet.
Sanawa’s name has also been drafted into a privileged draw of 31 individuals eligible for an apartment in Kileleshwa at the end of the promotion.

“I’m very happy about it. I don’t know what to say. I bet regularly and I win small amounts here and there but this is awesome. My friends and I have been asking each other and guessing who has won for the Omoka na Moti’s promotion’s first prize. We discussed and I told them my bet was successful but I had not been contacted by Mozzartbet so I did not know about it. I thought someone else was the winner,” an elated Sanawa said. 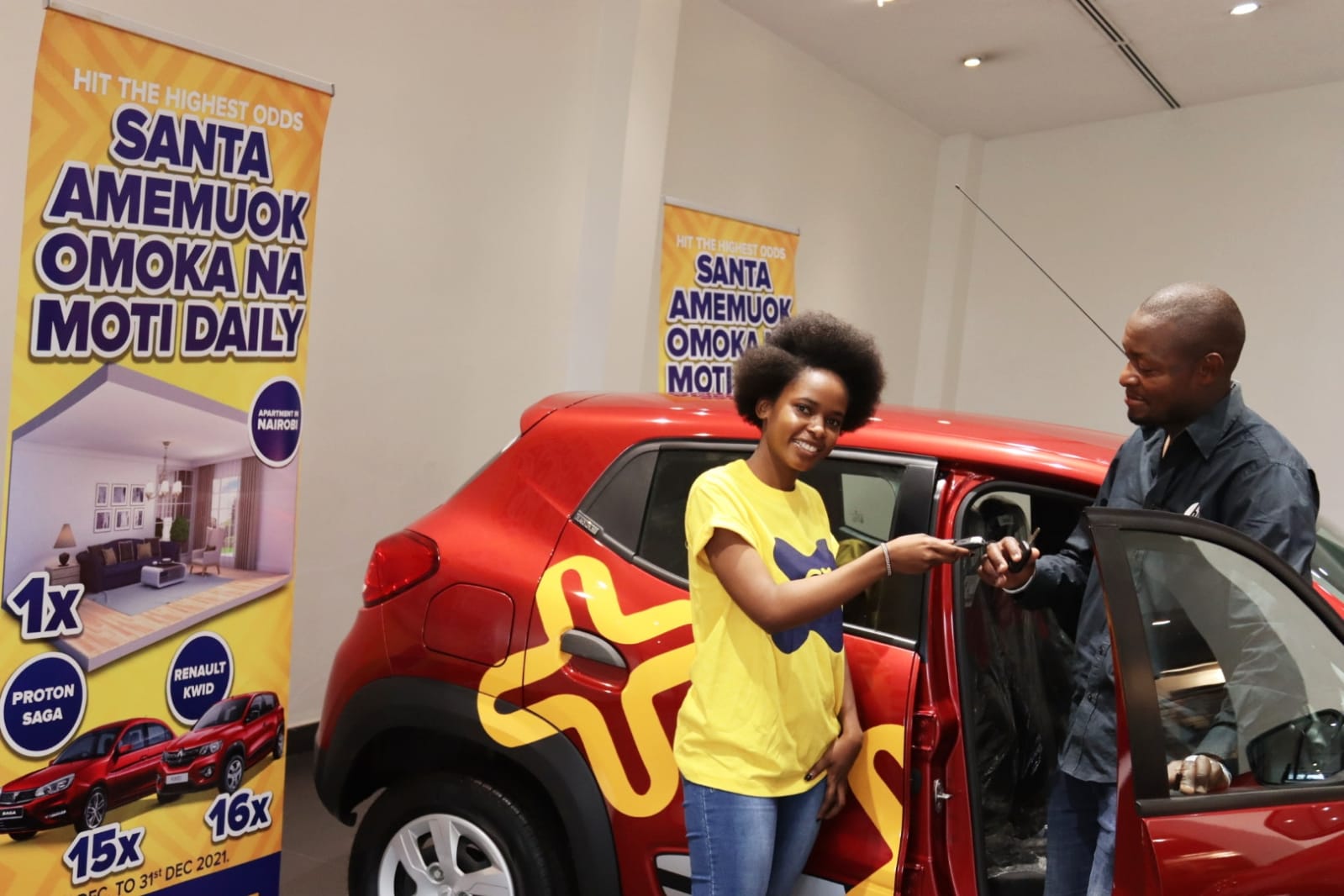 As the old adage, fortune knocks once at every man’s door, goes Sanawa has fate to thank for his huge win as his bet did not have the highest accumulations of odds on 1st December 2021.

A number of punters had higher odds on their multi-bet tickets but failed to meet the minimum requirements for the Omoka na Moti Promotion.

The day’s biggest accumulation of odds belonged to another punter who racked up 1770 odds from a twenty-game multi-bet ticket that won Ksh15,150.

Sadly, unidentified punter’s Ksh10 stake was 40 bob short of the minimum Ksh50 required for one to qualify for Omoka na Moti Promotion.

That left Sanawa with his 466.1 odds from fourteen games as the top contender for the day’s prize winner and the first of expected thirty-one entries in the draw for an apartment. 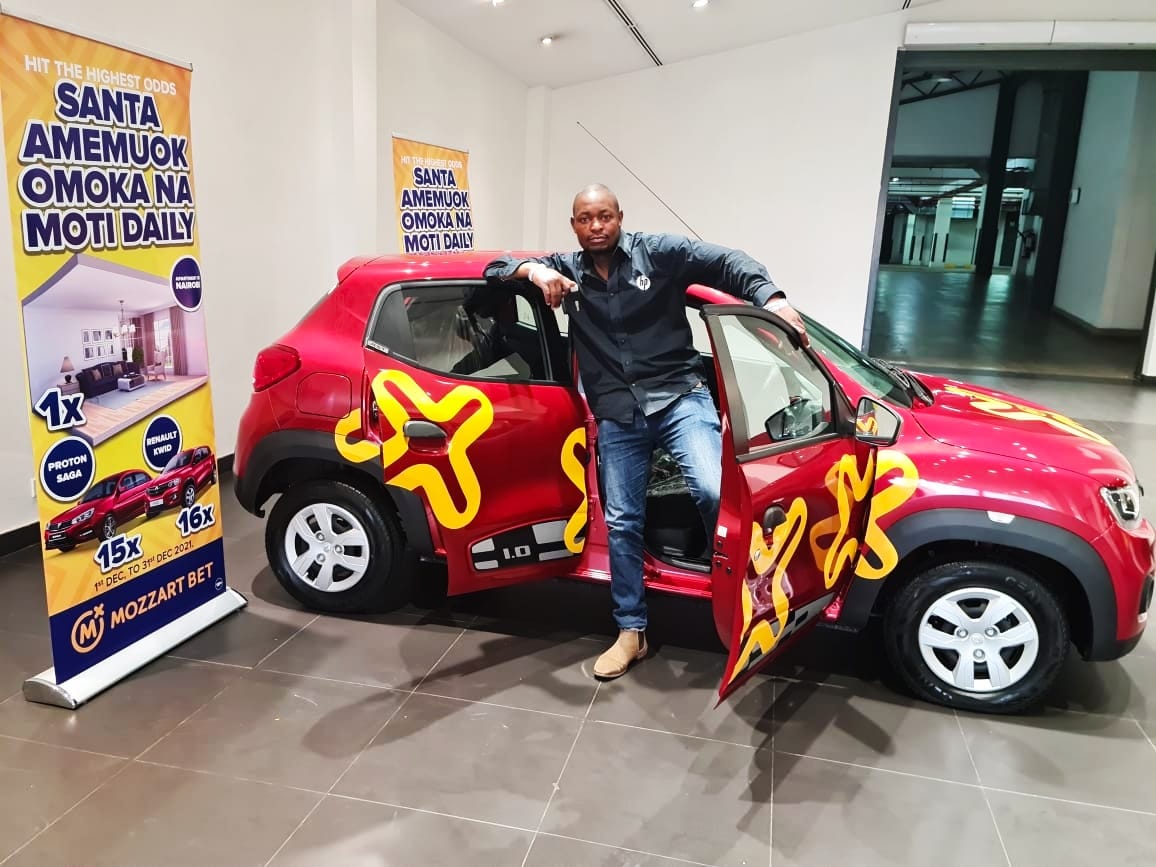 “I’m basically a hustler despite being a trained Civil Engineer. I used to work with a Chinese construction firm but I was laid off together with others when the pandemic reached Kenya and the economy was closed. It has been a tough journey since then so I’m just glad this happened,” said Sanawa who started betting on

Mozzartbet.co.ke in January this year.

Mozzartbet will award one vehicle every day in December 2021 to one punter whose multi-bet ticket has the highest accumulation of odds on a minimum fifty bob stake.