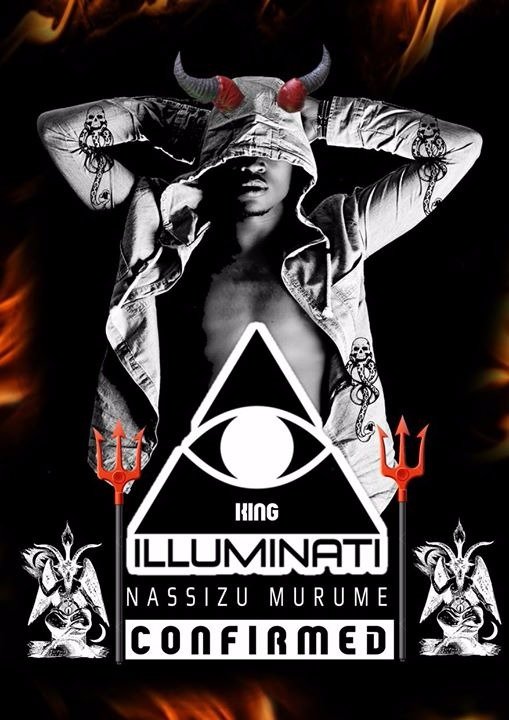 A Mombasa-based Bongo singer from Meru has caused a huge stir online after changing his profile picture and replacing his own photo with the logo of mysterious secret society, Illuminati.

Nassizu Murume, one of the fastest rising Bongo stars from Meru, whose latest song Siwezi has been on rotating across national TV and radio, made the shocking move on August 1st as the clearest indication of his association with the dreaded society.

After making the profile change, hundreds of his fans have been shocked and bewildered by the mental state of the rousing crooner who has always presented a very clean, God-fearing image.

And to accompany their shock, incensed Kenyans have poured out hundreds of bitter comments lashing out at the singer and blasting him for daring associate himself with the dark society.

Illuminati is some new-age Internet-based phenomenon that is said to be a secret society that lures the rich and powerful – and also top celebrities – with a promise of incredible wealth, power and fame.

Entertainers like Beyonce, Rihanna, Jay Z and Kanye West have all been linked to the mysterious occultist outfit.

Is this Nassizu Murume’s boldest announcement of his allegiance to the satanic outfit? Or is some sort of crazed publicity stunt aimed at rousing up the masses??

We have contacted the singer but he is yet to respond to us.