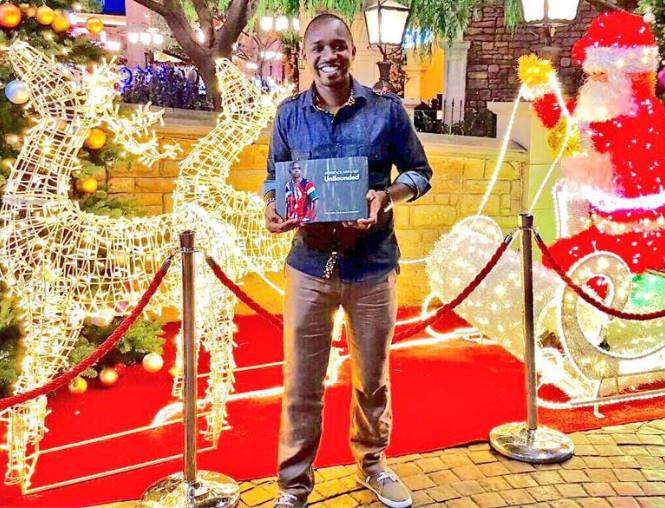 Boniface Mwangi has finally called it quits, a move that is thought to give him mileage in his political aspirations.

Boniface Mwangi has been at the helm of PAWA 254 ever since he came to limelight as an acclaimed Rights Activist.

Mwangi started PAWA 254 to support and foster young artists and to promote arts and culture geared towards social impact in Kenya.

“I had an awakening when I realized that the real fight was not against the lack of material things, but the system that propagated poverty. In taking my stance, I sold the cars and started PAWA 254. In the last five years PAWA has empowered more young people than l thought possible. PAWA has done a lot to advance the art industry in this country. We introduced hubs in the slums and inspired a new generation of artists and activists. We helped discover new talent, redefined perceptions in the arts, introduced street art and exhibitions, awarded and supported some of the best photographers and filmmakers in Kenya. Most of the artists we incubated are now running successful ventures where other artists are being incubated.” Boniface Mwangi wrote in part.

But now Boniface has bigger fish to fry; after launching his autobiography late last month, he announced that he will be joining active politics in 2017.

The “UnBounded” author revealed that he will be running for Starehe parliamentary seat in 2017. His political aspiration is thought to be the main reason why he is stepping down as team leader at PAWA 254.

“I am currently serving my notice at PAWA254, January will be my last month as team leader. l am confident that the succeeding leadership team will continue with the good work, and take PAWA254 to new heights. My last public event as PAWA’s team leader will be at the culmination of this year’s work at the PAWA Festival #PAWAFestival. Join me this Sunday,18th of December, 2016 as we block off Koinange Street to showcase and celebrate Nairobi’s artistic genius, from 10am to 10pm. I shall also have a book signing for #BMunBounded at the festival.”