Veteran Kenyan athlete, Eliud Kipchoge has not only inspired his homeland, but the world at large. To an extent that so much is being done, just in honor of the marathon world record holder.

Streets being named after him, corporate re-branding, big business names putting offers on the table for him to savor as he desires.

And I’m sure we already have kids who’ve been named after him already. It’s noble and at the same time humbling for the Kenyan field athlete. He deserves it anyway. 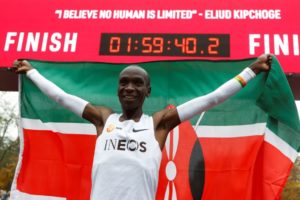 Away from that, the media has also seized the opportunity to tag along the world record holder as a re-branding strategy.

Sunday, the 13th of October, NRG radio made public fact that they are re-branding to ‘Kipchoge Radio’ for a week, starting today, the 14th of October.

According to a press release from the local station, this move is to honor the marathon runner for covering 26.2 miles in 2 sub-hours, on Saturday the 12th of October. 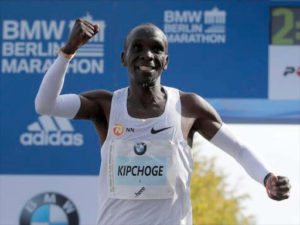 Having matched up to the INEOS Challenge. The Nairobi-based radio station covers roughly two-thirds of the nation with its greater audience being the youth.

And since Kipchoge has been an inspiration especially to the local youth and beyond, ‘NRG radio being the number 1 youth radio station’ locally, seeks to challenge the young people.

This is according to the station’s Group Managing Director, Kevin Mulei who believes it is the high time the youth achieved their ultimate, now and not any later.

Kipchoge consistently reiterated that his target was not for the money or the fame, all he wanted is to assure the world that ‘No Human Is Limited.’ 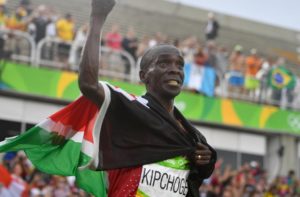 NRG had no doubt that Eliud was going to break the record and as such prepared its new Kipchoge radio imaging ahead of time for all systems go in celebration of his milestone. The team is fired up to take on this new challenge which makes me very proud that we are in such times that NRG is able to be flexible enough to change the industry norm.

Lest we forget, this comes in barely a week since thriving corporate brand, Safaricom took the same route.

Re-branding Mpesa to Eliud. It sure is an honor! 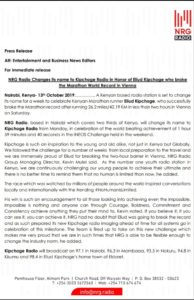 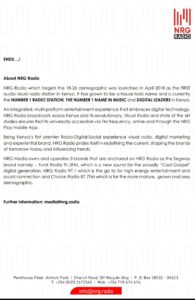