Rapper Ssaru is among the pioneers who came up during the Gengetone wave giving fans what they had been missing. Her unique sense of style and vibe contributed to her success in the industry and just like that – Ssaru was making money left right and center.

At 20 years she’s managed to bag a couple of millions and deals which explains why unlike other Gengetone artists complaining of financial struggles – Ssaru remains financially stable.

Well, for a woman her age – this is actually a big deal and a great example, for other artists to emulate. Anyway speaking to presenter Ali recently, the young lady opened up revealing how she has managed to remain afloat and her secret is letting her money work for her. 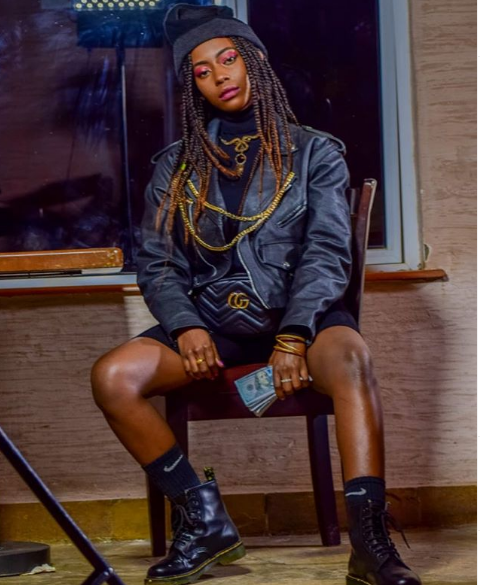 Ssaru – Everybody has financial struggles

According to Ssaru, having artists suffer financially is not something new. It is a problem that has been there for years, and the reason new age artistes are inheriting it; is because they never take time to learn from the mistakes made by fellow artistes in the past.

Having mastered this art, Ssaru says most of the money she makes ends up working for her.

One thing I did is knowing how to manage my finances. You may get 1 million today and think you’ve made it – but without investing it for more profit it’ll eventually run out, right?

Apart from that, she also avoids making bad financial moves – hence the main reason she keeps a small circle of go-getter friends who also positively influence her life.

I also checked on the company that I keep. You know to grow, you need people who can influence you positively and those who share the same vision as you.