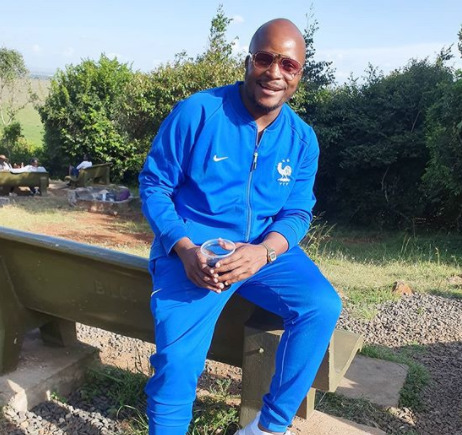 Being a celebrity, regardless of gender, puts pressure on you especially when it comes to dealing with die-hard fans who go the extra mile just to display their affection for you.

Kenyan comedian, Jalang’o has not been spared either. The public figure revealed one of the weirdest thing a fan ever did was to sneak into his hotel room and hide under his bed. A female fan for that matter.

Sharing this during an online Q&A session with fans, the funny man recalled:

One crazy chiq went to our hotel and asked for my hotel room keys saying she is my PA then hid under the bed akingoja! 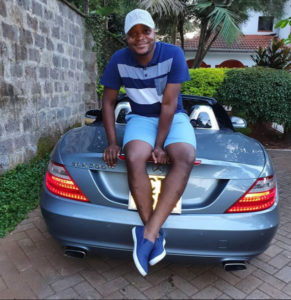 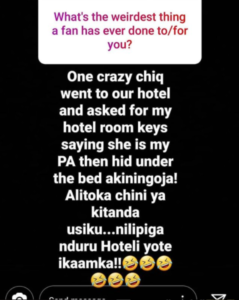 Thereafter, a fan asked what his biggest regret in life is and for him, the ‘Luo’ Pride saw him buy an expensive ride while house-less.

Buying an expensive ride when I dint even have a house…ujaluo tu!!🤣🤣🤣 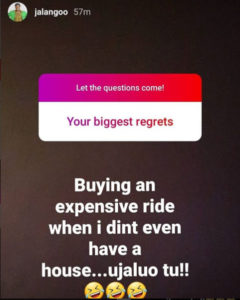 Unfortunately though, the media personality whose fame has seen him swim in good money, has expressed discontent after losing business following the closure of hotels and most businesses in the wake of the novel coronavirus.

Jalang’o runs a business that has him buy eggs from farmers, and sell to major hotels in the country. However, as fate would have it, this is now not in his favor. 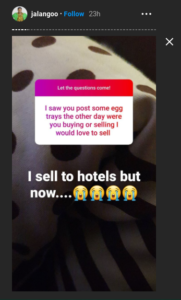 Moving on, the popular comedian said it bothers him less what other people have to say about him and worries less about things he cannot change.

(What makes me happy) is not caring soo much about what people say about me…then not bothered about things I cant change. 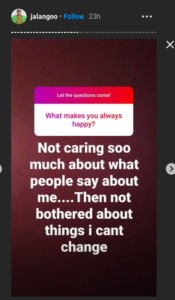