Act like a grown up! Rayvanny bashed by Kenyans for making fun of ´Vijana Tuache Mihadarati´ Stivo Simple Boy 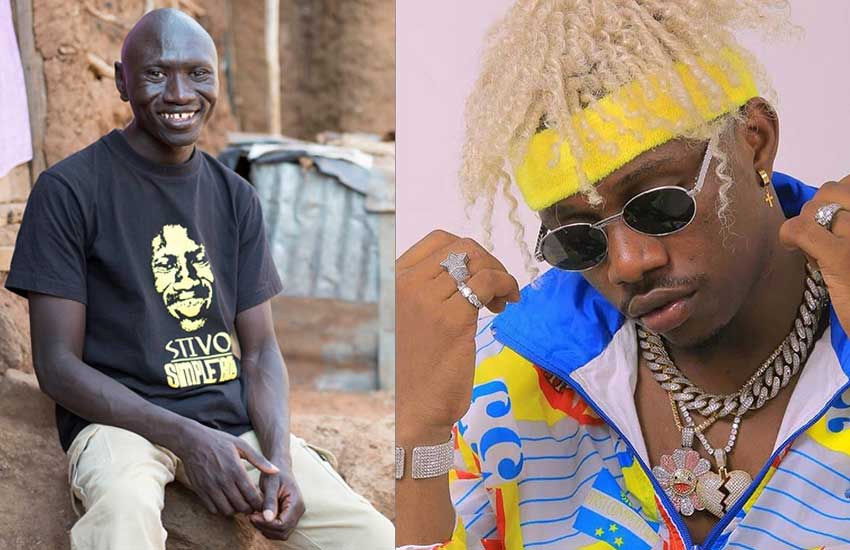 Wasafi artist, Rayvanny has had it rough from Kenyans after supposedly making fun of Kenya´s own upcoming artist, Stivo Simple Boy.

Stivo Simple Boy of the viral ´Vijana Tuache Mihadarati´ anthem now becomes a voice to reckon with in the music industry.

When he started off, we took him for a joke but that is no more.

While masses thought of him as a confused young boy looking for fame, a few fought for him, tooth and nail.

Well, his fans carry the day and now goes even bigger after Wasafi´s Rayvanny looks forward to work on a collabo with him.

The Current Hit Song in 🇰🇪 🤣🤣🤣

According to him ´Vijana Tuache Mihadarati´ is a hit song in Kenya and deserves a better audience.

In response fans urge the bongo flava star to help the young artist build his roots for growth.

The guy is talented rayvanny have acollabo with him

Now you are talking man. Get to studio with him and give us something

However, for those who think Rayvanny is just making fun of the young talent:

Now you think you’ve made it by making fun of him?
Acha za ovyo.
In Kenya we gave good artistes more than you na haturingi.
Kanyaga kubwa kubwa bro

We are proud of our upcoming artist

DAMN MAN…..I NEVER KNEW YOU TO BE A JOKER…