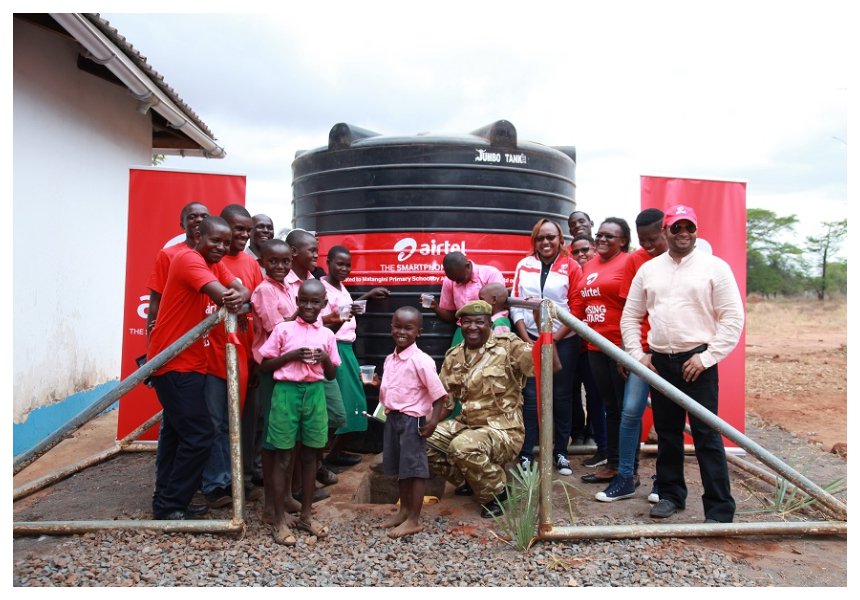 This was in support of Project Ngulia’s Community Conservation Awareness project that seeks to involve the local community that resides around the Park in conservation awareness to reduce and completely eradicate poaching and illegal activities in the Park.

The Airtel team presented the tanks to the schools’ administration during the handing over ceremony held at the two schools namely Matangini and Matulani Primary schools. The tanks are set to address the issue of lack of a sustainable water source and reliable water harvesting resources which have resulted in increased human wildlife conflict. 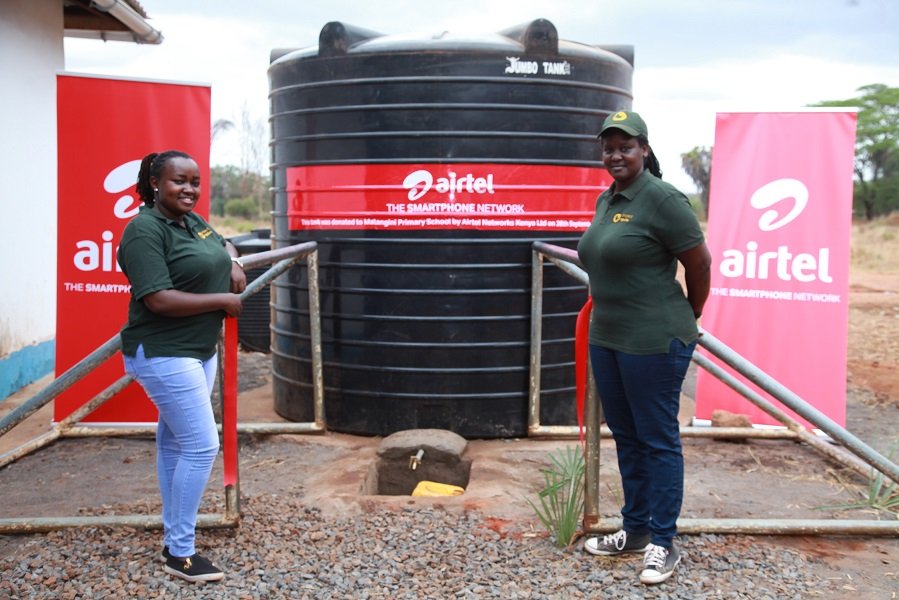 From left, Dorcas Gathura and Angela Kabari of Project Ngulia who are running the Community Conservation Awareness project in partnership with Airtel and KWS.

“Airtel is cognizant of the great need faced by the communities around the park, due to the scarcity of water and we are delighted to be able to donate these water tanks as they will help in harvesting and storage of water thereby ensuring that you have a reliable source of water. Airtel remains committed to helping the communities that we engage with and we commend the Project Ngulia team for this noble initiative that will greatly impact the lives of the people in this area,” said Airtel managing director.

In 2014, Airtel partnered with Project Ngulia to offer technological support by providing internet connectivity within the Ngulia Rhino Sanctuary which allows for smooth working of the smartphone based command, control and communications (C3) system that digitizes the workflow of the rangers in Ngulia.

Later in 2015, Airtel, in conjunction with Nokia, significantly upgraded the nearest base station, which increased connectivity within the Ngulia Rhino Sanctuary to up to 90% coverage.

Project Ngulia is a public-private partnership that develops innovative cost-efficient technology-based solutions, such as mobile apps and web dashboards, to assist Park management and rangers to monitor rhinos and combat poaching. 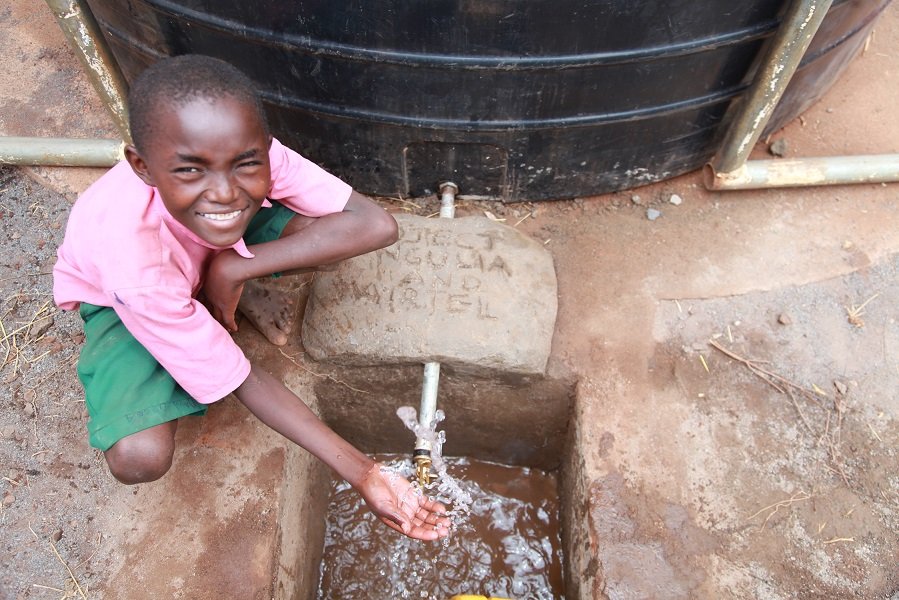 A pupil at Matangini Primary School enjoys the free flowing water from the water tank donated to the school by Airtel.

Project Ngulia’s main partners at present are the Kolmården Wildlife Park, Linköping University in Sweden, and the Kenya Wildlife Service (KWS) in Kenya.

“Project Ngulia is delighted to be able to extend our partnership with Airtel Kenya to community engagement activities. Educating and supporting the people that live close to wildlife is of great importance in conservation efforts and so we look forward to continue working with Matangini and Matulani Primary schools to carry out conservation education in the Mtito Andei area. In conjunction with KWS, we aim to continue our community conservation activities that we began with the Kifaru Fun Days held at the schools in July this year, and together do even more to raise awareness of the importance of saving the black rhino from extinction,” Angela Kabari, Project Ngulia’s Kenya Manager reiterated Airtel’s sentiments.

Speaking during the presentation of the tanks, the head teachers expressed their joy as they received the tanks. 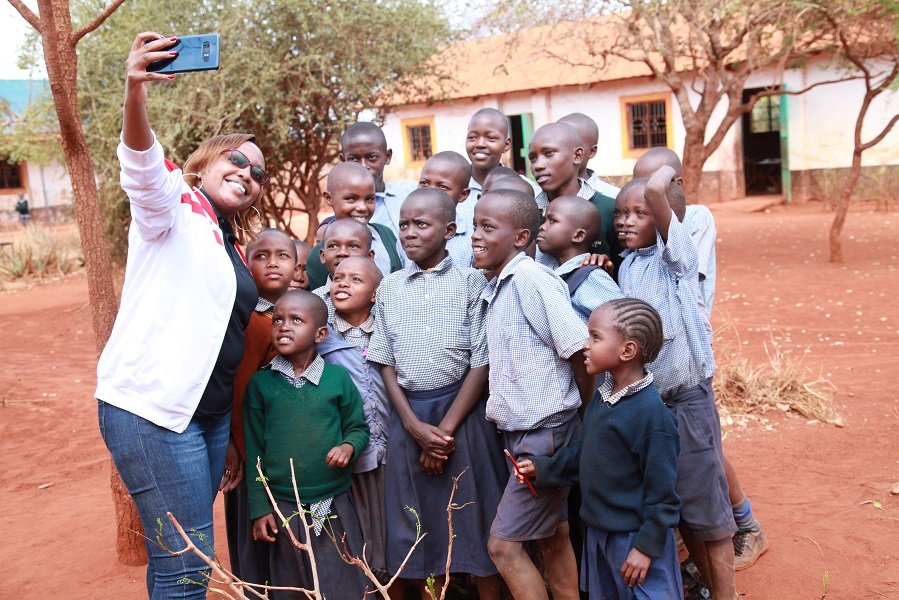 “The tank is more than silver and gold. It assures us – pupils, teachers and parents of safe drinking water. Good health is key in good performance, thanks to Airtel,” said Mr Yambu, headteacher Matangini Primary School.

“The tank that Airtel has given us will help us conserve harvested rain water for future use. We will use this water for drinking, learning and maintenance of cleanliness in the classrooms, offices, kitchen and latrine. The water will also be used in our farming activities which include poultry, rabbit keeping, maintenance of a tree nursery and the greenhouse.” 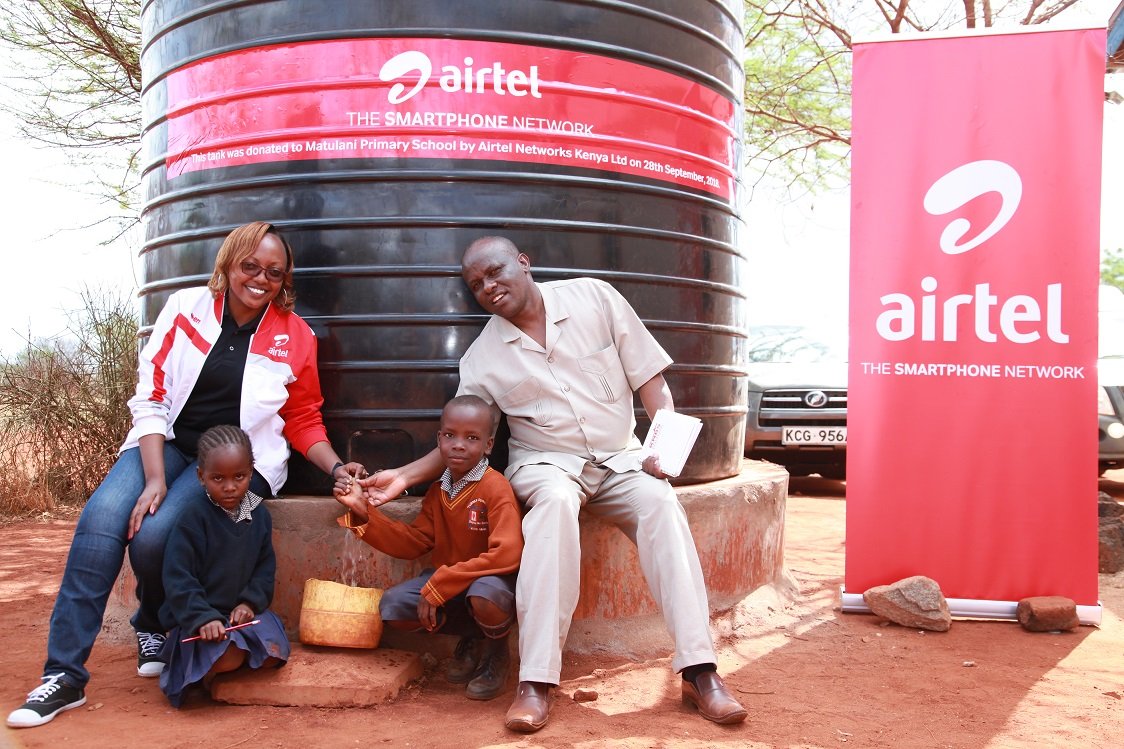 Airtel’s Senior Communication and CSR Executive, Marion Wambua with pupils and the head teacher of St. Michael Matulani Primary, Mr. Japheth Kyangu during the donation of the water at the school in Mtito Andei.