Alaar! Stivo Simple boy speaks after manager is accused of exploiting him 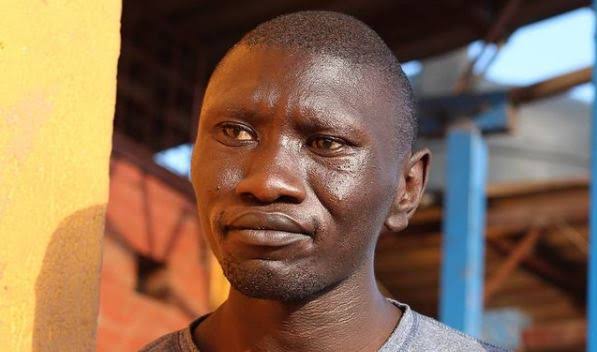 Word making rounds on social media is Singer Stivo Simple boy has been receiving peanuts from his manager, Geoffrey Oyoo, while he pockets the rest of the singer’s earnings.

This was revealed on Twitter by one KoT Inspecta who shared a couple of posts explaining how Stivo Simple Boy is exploited by his management. In one of the long posts, the KoT inspecta wrote; 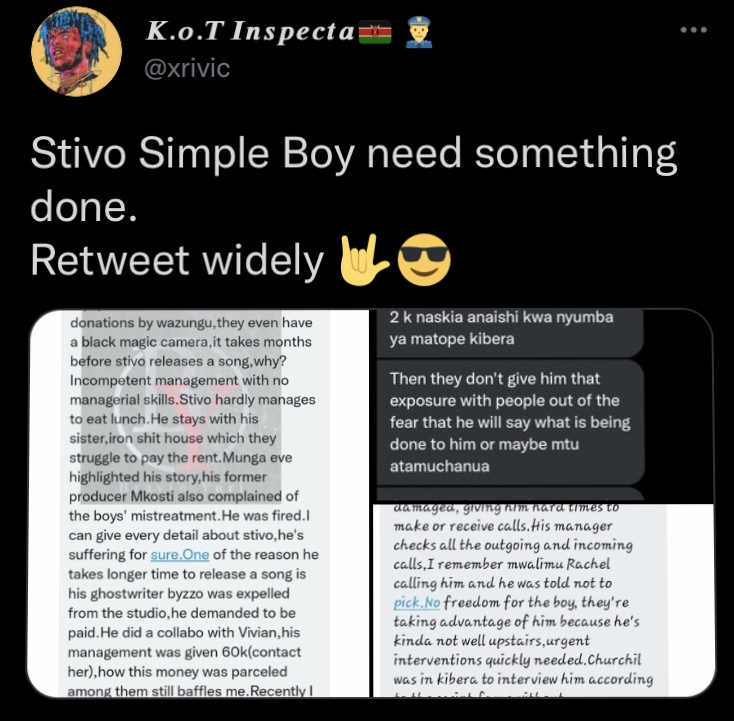 Stivo hardly manages to eat lunch. He stays with his sister, iron sh*t house which they struggle to pay rent. 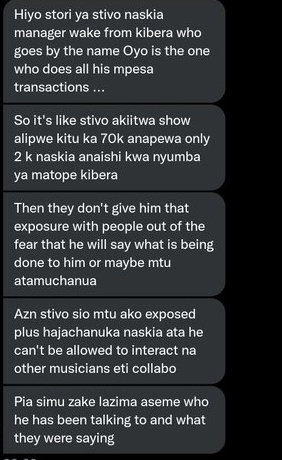 With the stories making rounds on most tabloids, Stivo Simple boy has come forth to set the record straight; and according to him – these are just cooked lies to paint his manager the wrong way. He said;

I was surprised to see those allegations on Twitter. They are not true as I have never been exploited by my manager. The person who started that conversation must be trying to chase clout with my name.

Speaking about the same, his manager Mr Oyoo termed the allegations as malicious and another tactic used to bring Stivo Simple boy down.

Distancing himself from the stories, Oyoo said;

I have seen the screenshots. It is unfortunate that we try every day to bring each other down. That is propaganda being advanced by those who were not ready for Simple Boy’s success. He came to the industry and has been giving the perceived bigshots a run for their money. They have to find a way to bring him down.