Kenyan rapper KRG the Don is never tardy when it comes to showing off his multi-million wealth; which he has acquired over the years after a successful entrepreneurship. The singer is a spendthrift who won’t back down from spending his millions. From his palatial home, to exorbitant rides, KRG knows where to splash his millions.

When it comes to flaunting his expenditure, he does it often and brags how rich he is. The same goes for popular YouTuber & businessman Thee Pluto. At his early 20’s, the fella is already bagging millions. He already drives a Toyota TX fully owned by him. 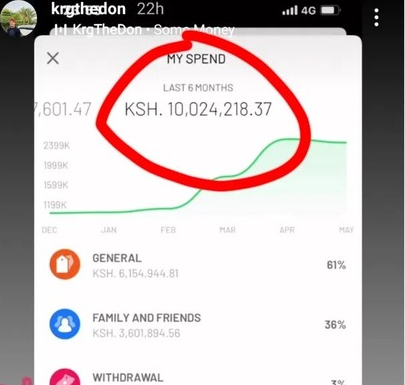 Thee Pluto followed suit and reposted his expenditure; which amounted to 3.8 Million shillings. 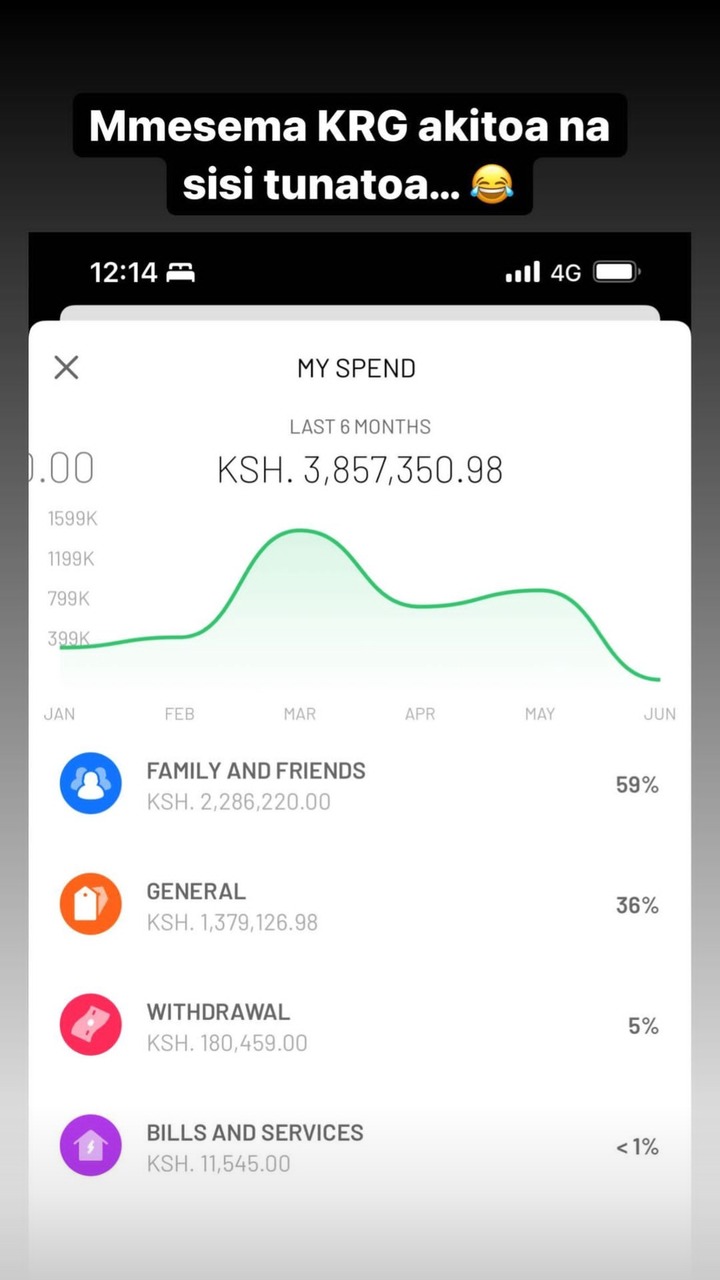 Comedian and content creator Alex Mathenge has denounced the latter behaviour, adding that it’s a disorder to post Mpesa expenditure.

”Those people who post their Mpesa spend online have what is called ADHD. Attention Deficit & Hyperactive Disorder!…” 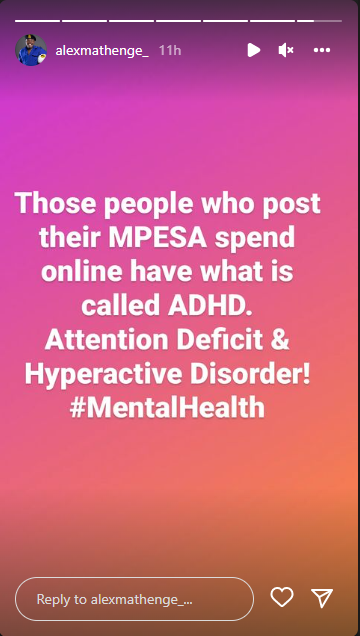 The likes of other celebrities like Mulamwah, it’s better for them to flaunt huge bundles of notes rather than Mpesa expenditure. These celebs with money will make you think you’re doing nothing essential with your life!