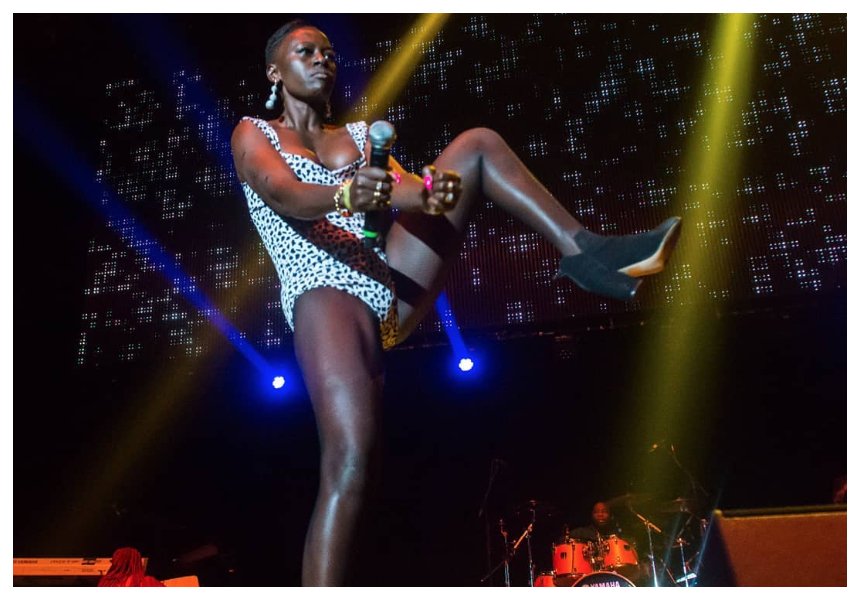 Akothee’s dressing code and dancing style during her concert in London sparked uproar. The mother of five thrilled fans with her raunchy dances that included lifting one of her legs up high while wearing a body suit.

Arbiters of moral correctness were quick to sound the alarm after Akothee paraded her nether regions during her performance at Wembley stadium. 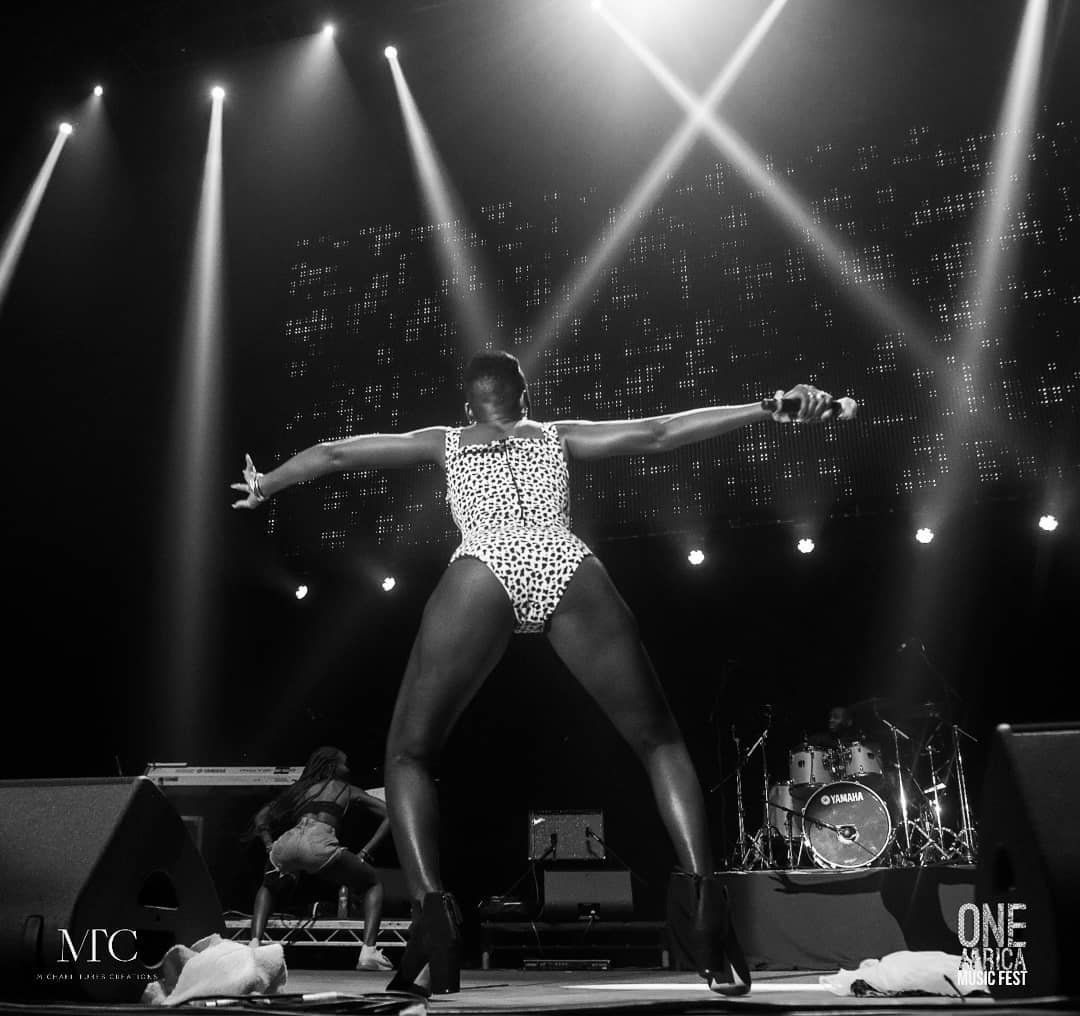 Online trolls shared memes making fun of Akothee’s electrifying performance in London. The most common meme was a photo which compared Akothee’s dance with that of Beyonce.

The ‘Oyoyo’ hit maker has since reacted to the online trolls who compared her thighs to Beyonce’s. She took pride in her skin color saying no amount of criticisms will make her feel bad about her dark thighs. 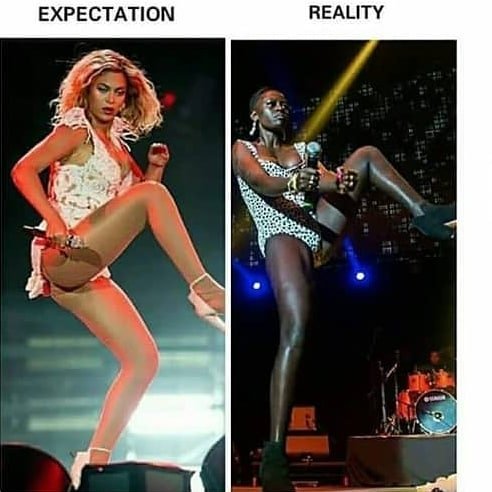 “?????????????????????????????????????? representing black girls I have laughed so hard @oneafrica_musicfest was a bomb @beyonce come see some messed up shit ???? imagine If I had bleached? what my inner thigh would be speaking about !!! ??? don’t mess up my black shit leave it there ??? nyeusiiiiiiiiiii WAKANDAAA oya tag @beyonce here ?? I AM NOT BEYONCE I AM MADAM BOSS AKOTHEE PRESIDENTOFTHESINGLEMOTHERS , that’s why am as black as charcoal & you can’t do shit about it, all of you be bleaching to look like someone you admire ?? don’t infect me with your useless fantasy ! My arse is even blacker than my face ???& you can’t tell me shit #callpolis if offended or block me from coming back to Kenya ! ????just because I am black yet you don’t even have a passport maggot,” wrote Akothee.