Amber Ray is not giving up easily on love no matter how many heartbreaks she has undergone over the years. She has been a 2nd wife twice; and both men to whom she was married to have ended up ditching her. For this, she was nick-named president of 2nd wives.

However, the voluptuous socialite has had a bit of tumultuous relationships; and her most recent relationship that we knew about was with a Sierra Leonean monikered Kabba. The two were head over heels for each other and were booed up during this year’s Valentines Day. Maybe Amber Ray just wanted some company for Valentines, just maybe. This is because their romantic relationship was short-lived as they broke-up after a few weeks-with Kabba being termed as a violent man.

Amber Off The Market

Either way, Amber Ray is willing to give love a 2nd chance despite such happening to her. Even though she’s yet to confirm who she’s currently dating, the flashy socialite has confirmed to her fans that she’s now dating. She shared via her Instagram stories during a Q&A session. When asked if she’s currently dating, she responded with the ‘100’ emoji- meaning she’s now seeing someone. 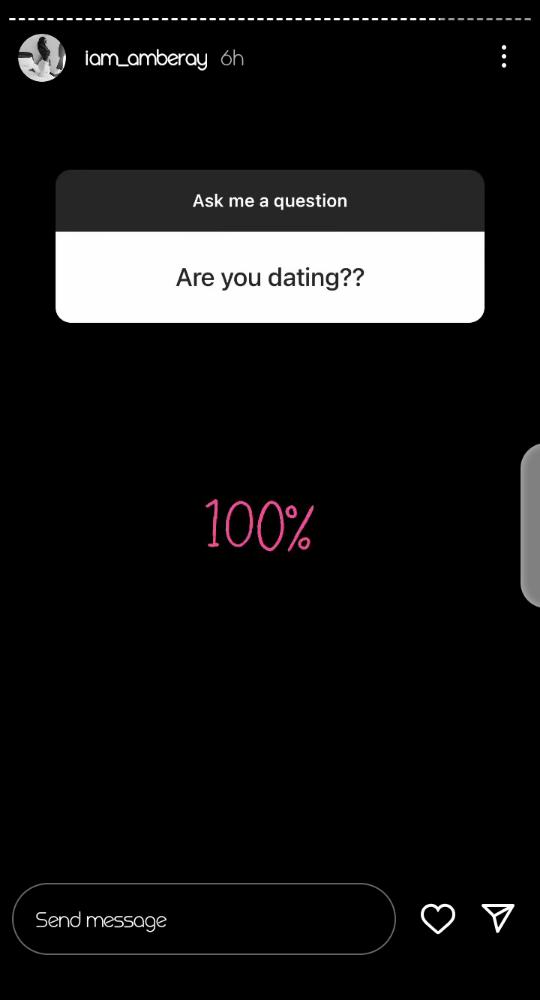 To spice things up, Amber also confirmed that she’s now ready to be married for the 3rd time. And she’s not going to give up easily on love. 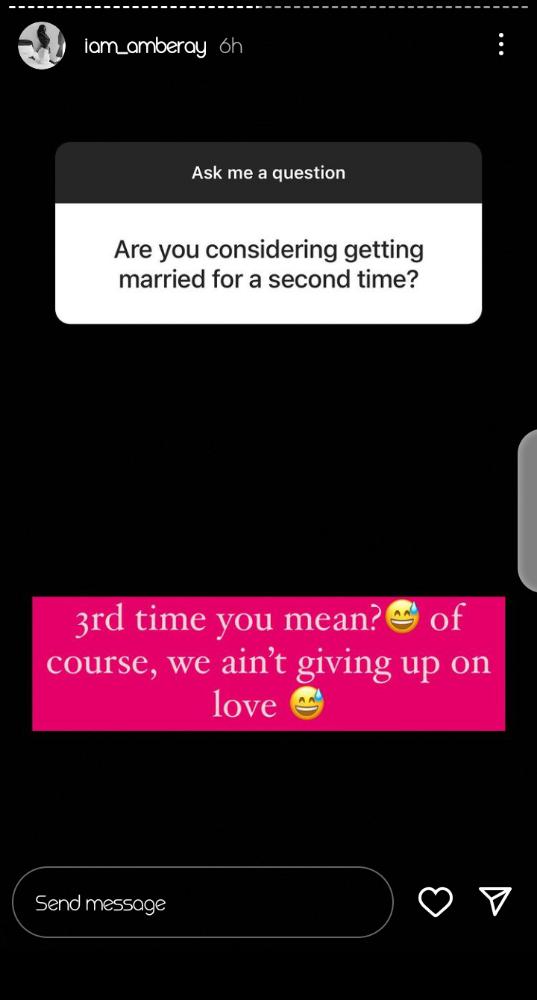 Well, I know you’re eager to meet this new man who has swept Amber off her feet. But it’s only a matter of time before she unveils her new man.