Let’s face it, Amber Ray is having the time of her life after parting ways with business mogul Jimal Roho Safi a few months ago. Some people saw it coming, especially after the continuous drama that escalated between Amber and Jimal’s first wife Amira.

Being a second wife to already married men was not working for Amber Ray. It wasn’t a coincidence that she would end up in the same spot after her previous relationship with Zaheer failed terribly. After that she swore never to accept getting married as a 2nd wife; but Jimal played his cards right and voila! Amber found herself happy as a 2nd wife. 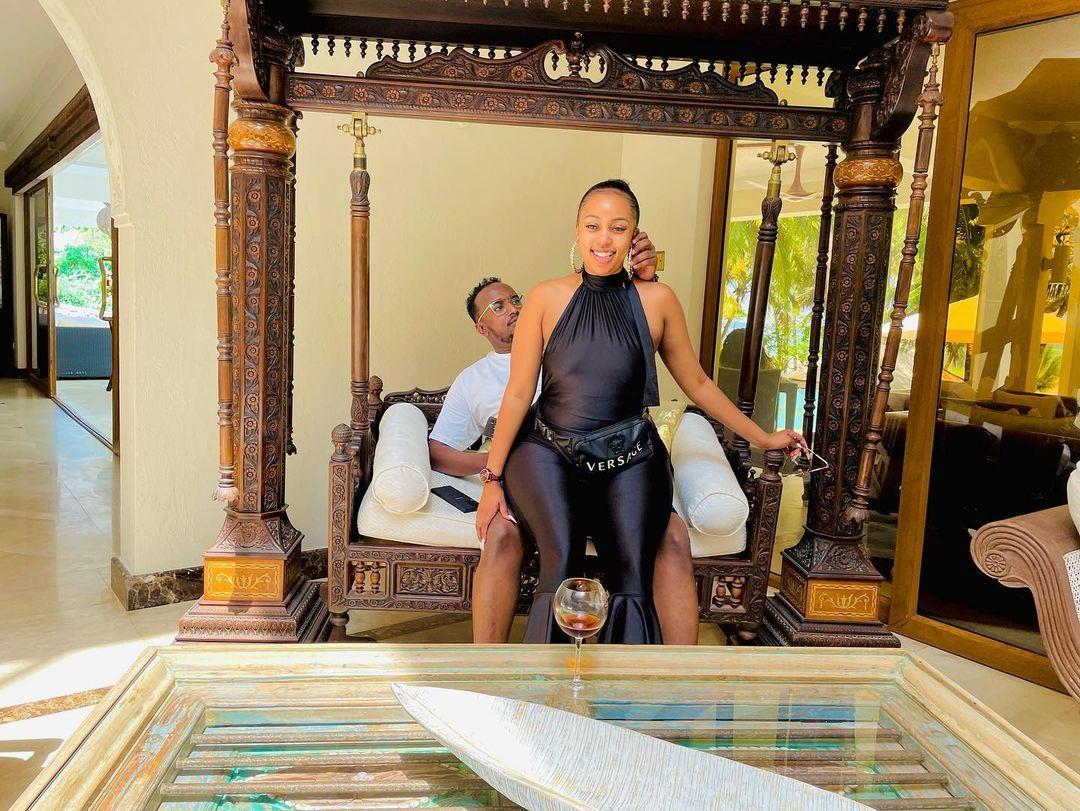 Her exuberance would be short-lived since they weren’t at peace with Jimal’s 1st wife.

On the bright side, Amber has been playing safe; since she hasn’t gotten pregnant all this time while hopping from one man to another. Recently, she was seen with Eric Omondi; and speculations spread far and wide that they were planning on dating.

Despite Amber knowing all the nooks and crannies of being a 2nd wife, it’s her hope that she will get married someday; and even have more kids!

When asked whether she’ll ever get married, she responded; 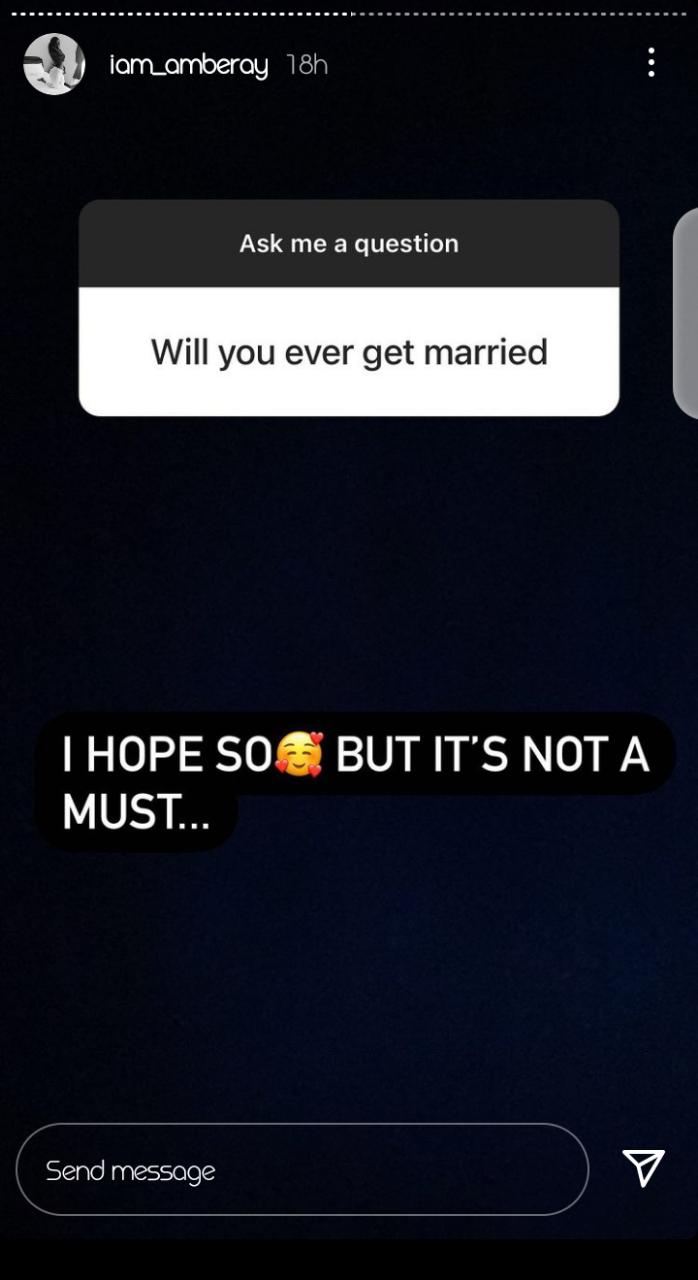 She continued to share with her fans on her Instagram stories that by 30 years, she was hoping to have more kids; something which hasn’t happened.

”Honestly I’m proud of me… Just that I thought by now I would have 4 more kids. I love big family” 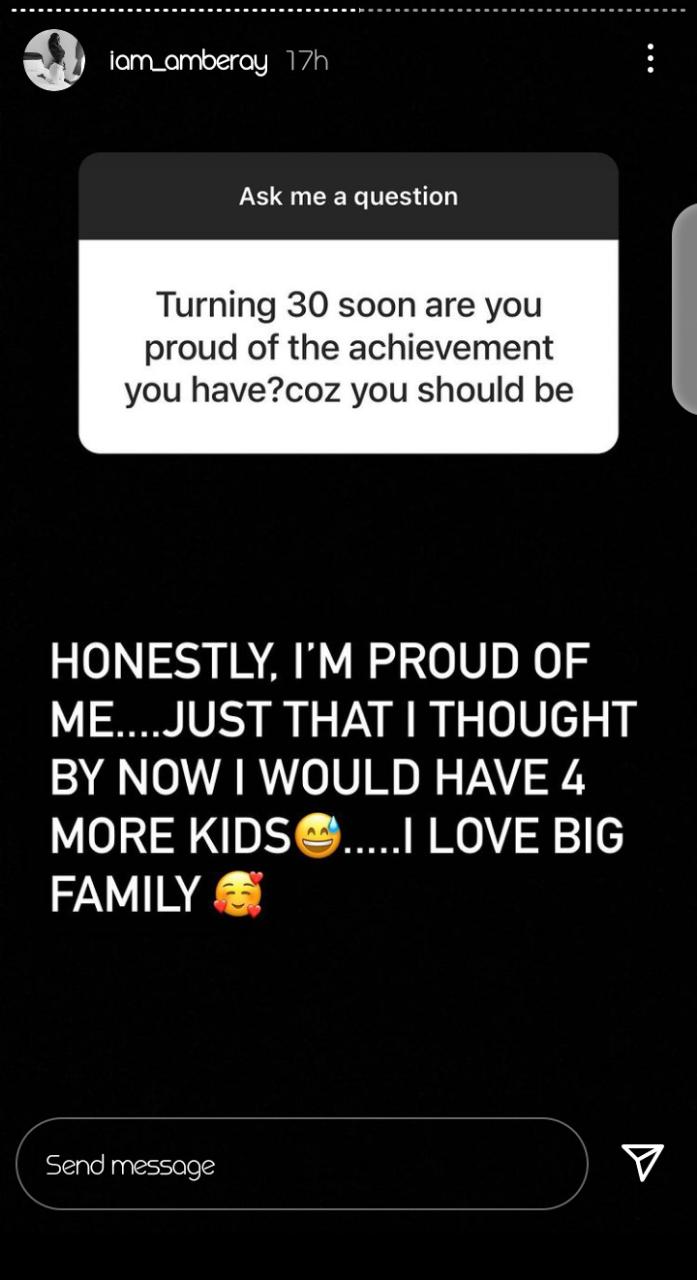