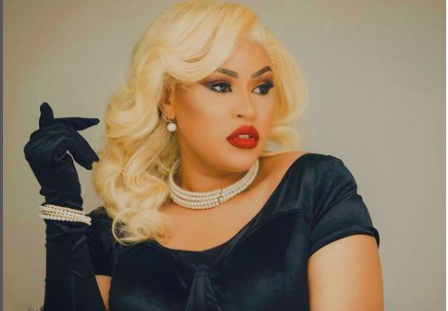 After a short period of stagnation from Amira and Jimal on their online tiff, the two are now back at throwing shade to each other after their separation. Their nasty fall-out had netizens admonishing Jimal mtaka yote hukosa yote since he was also after flamboyant socialite Amber Ray.

On their separation months ago, Amira revealed that she was tired of being humiliated by her husband and claimed a divorce would suffice.

“As from today, consider me a single mom. Jimal Rohosafi get that divorce paper, I’m not going to allow you to disrespect me again,” she wrote.

Amira further encouraged her fans to realize their worth and gather enough strength to walk out on anything that might be holding them back.

The single mother has conspicuously undergone tremendous changes ever since her separation from Jimal- and it’s  a positive one. From her physique, to her vibes, and even in terms of luxury. All you’ll see on her gram are deluxe places where she visits often.

That being said, Amira is currently not considering marriage again- atleast for now. Why? She believes marriage barrs you from glowing and having a good time. She shared the sentiments with one of her fans recently. Check the screenshot below; 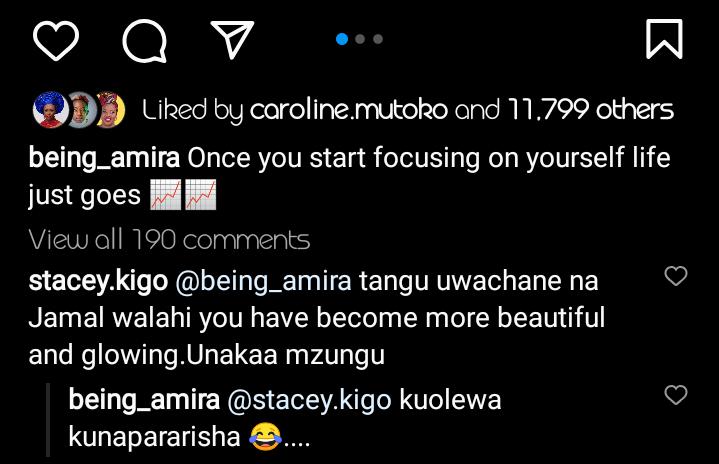