Baba Tumiso aka Nameless was recently caught by his wife leaving fire 🔥 and 💯 emojis under Maureen Waititu’s thirst trap photos.

Okay, okay…I know there no reason to panic especially since Maureen Waititu and Wahu are good friends. But again, with a gorgeous body as that of Mo – believe me, any woman in Wahu’s shows would have acted the same way…or even worse – depending on level of insecurity.

Well – chances are that Nameless has not been having it easy this week, after he was caught pants down – dropping thirst emojis on Waititu’s page, using his official IG and not the pseudo.

At first, his comment didn’t seem unusual until his wifey, Wahu replied to it… making things abit awkward – even for Maureen who chose not to engage. Wahu wrote; 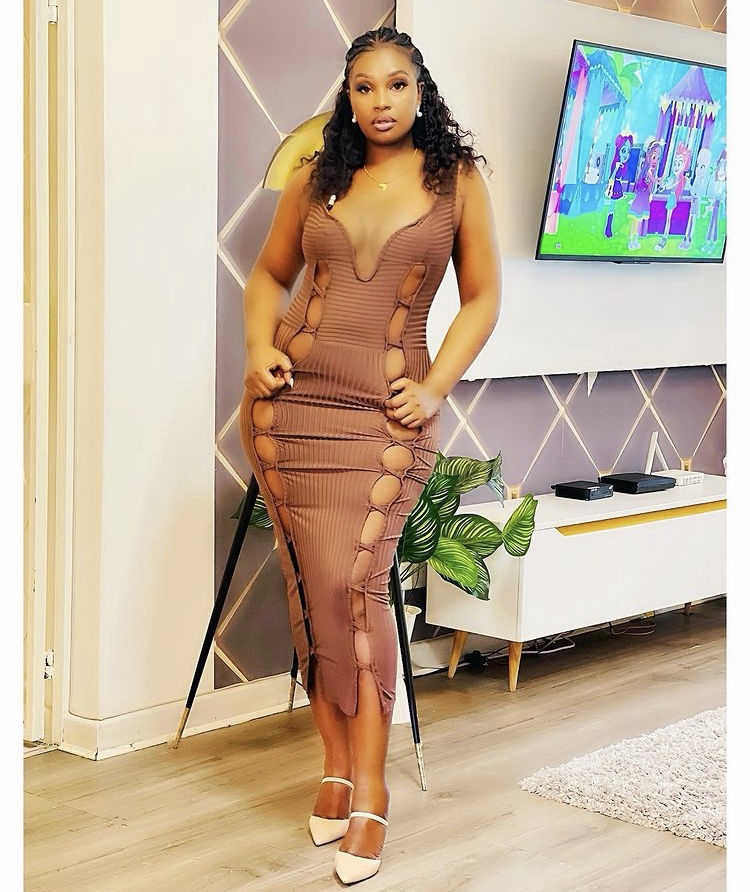 Well like I said, this was more of a joke thing between Nameless and Wahu – but judging from the photos Nameless chose to reacted to, we totally understand why Wahu had to act sarcastic towards her husband’s comment. Right? 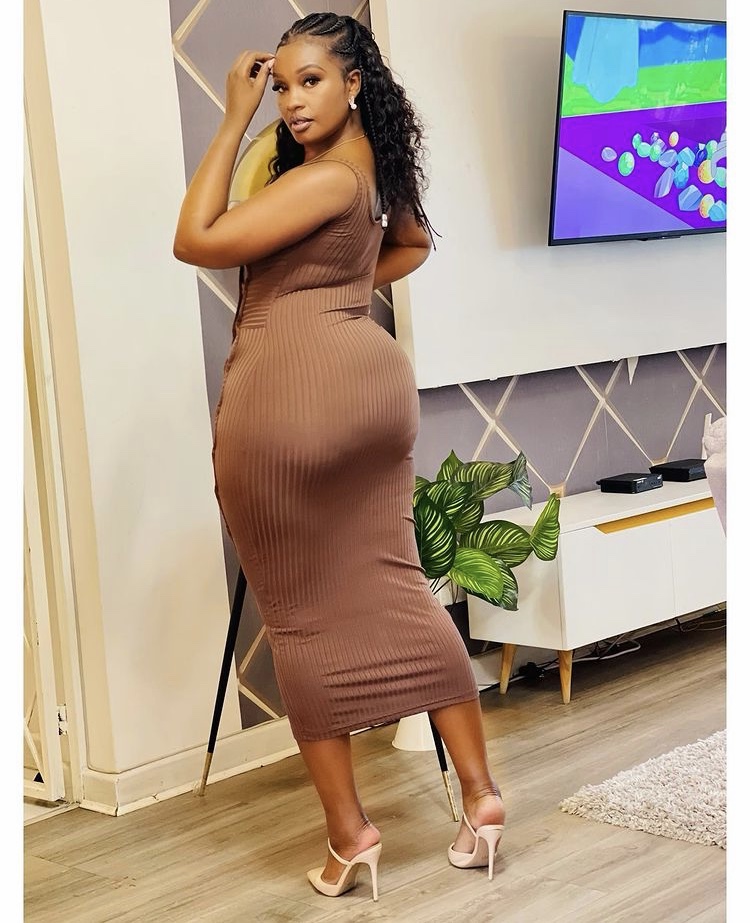 I know most of y’all will say, can never be me…but trust me vitu Kwa ground huwa different; especially when you’re caught off guard…like what happened to Wahu.

Anyway with her referring to Nameless as Baba Tumiso – we can only imagine the level of seriousness in her reaction; hence the hilarious comments from fans fueling Wahu to  get answers from Baba Tumiso for lusting over other women. 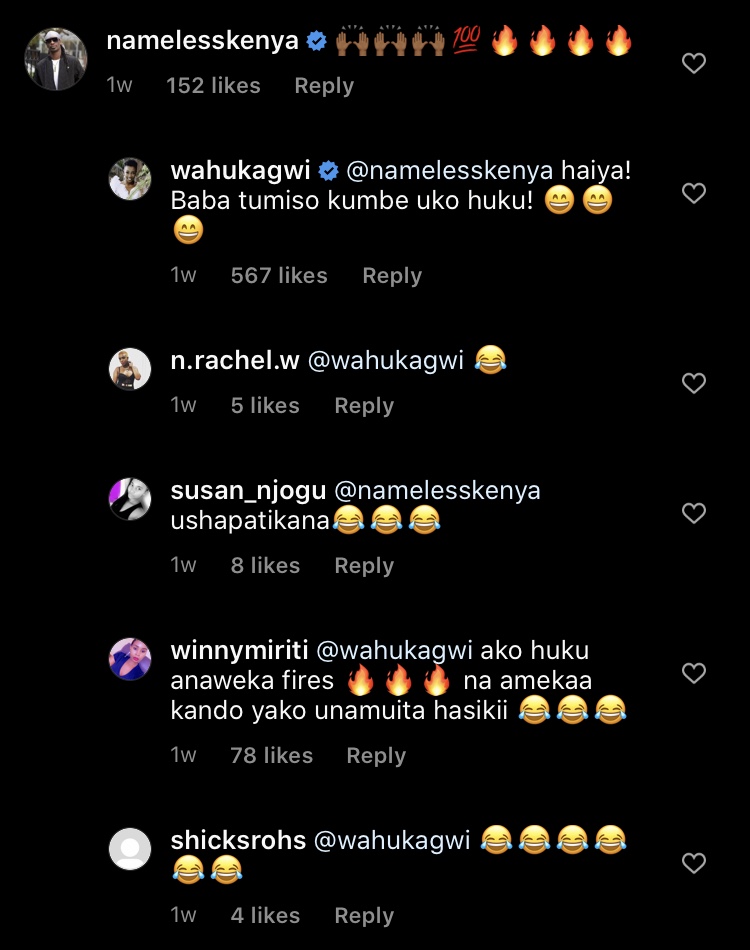 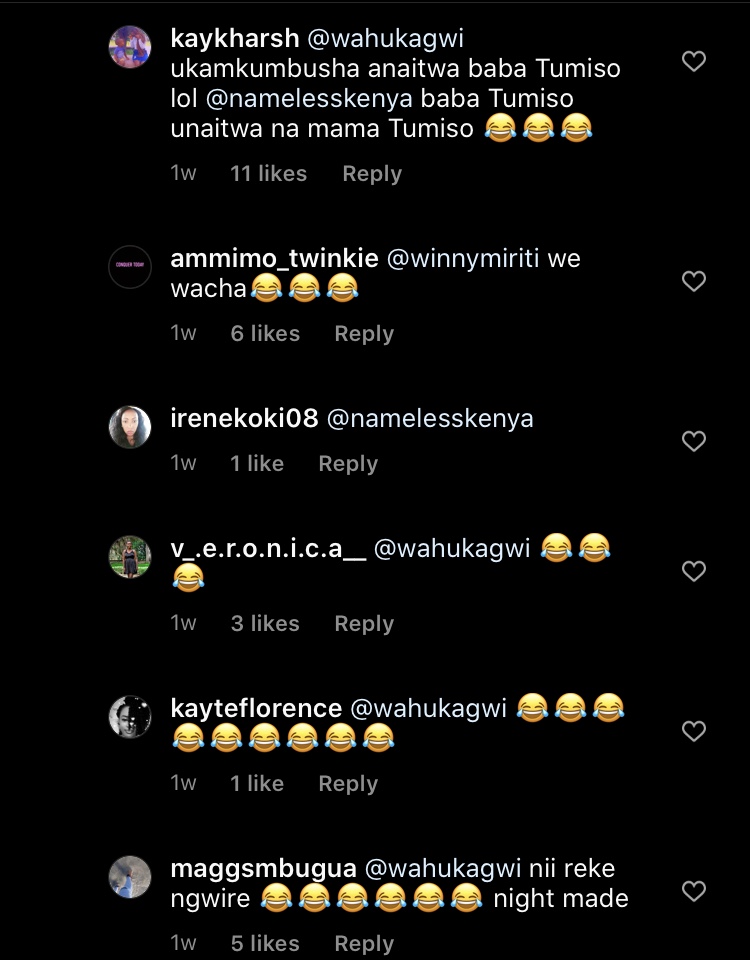 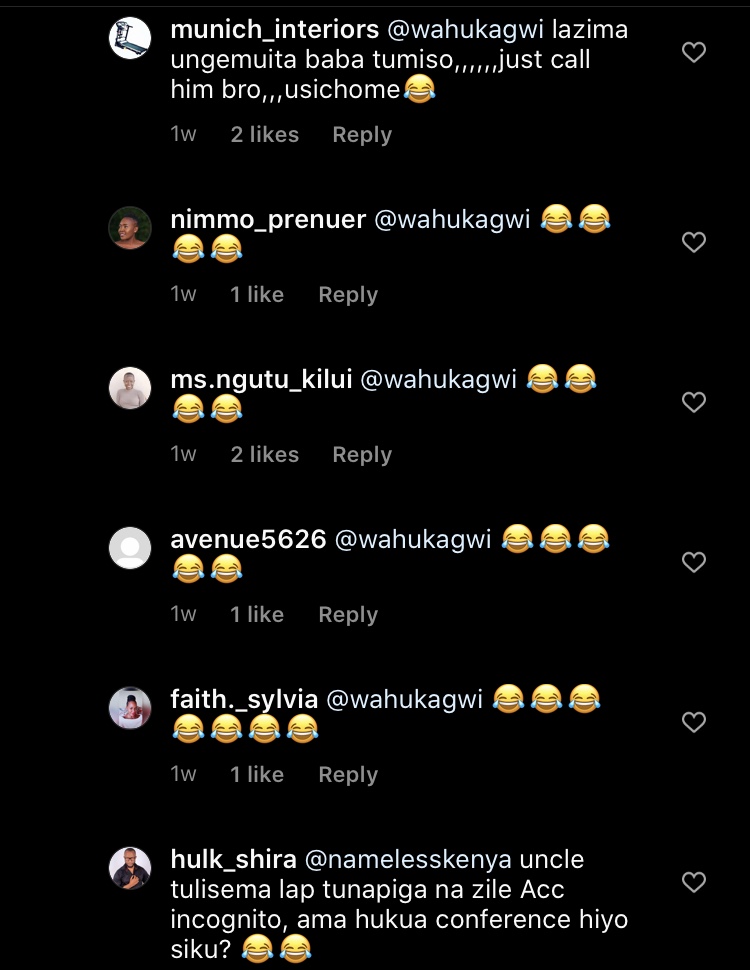 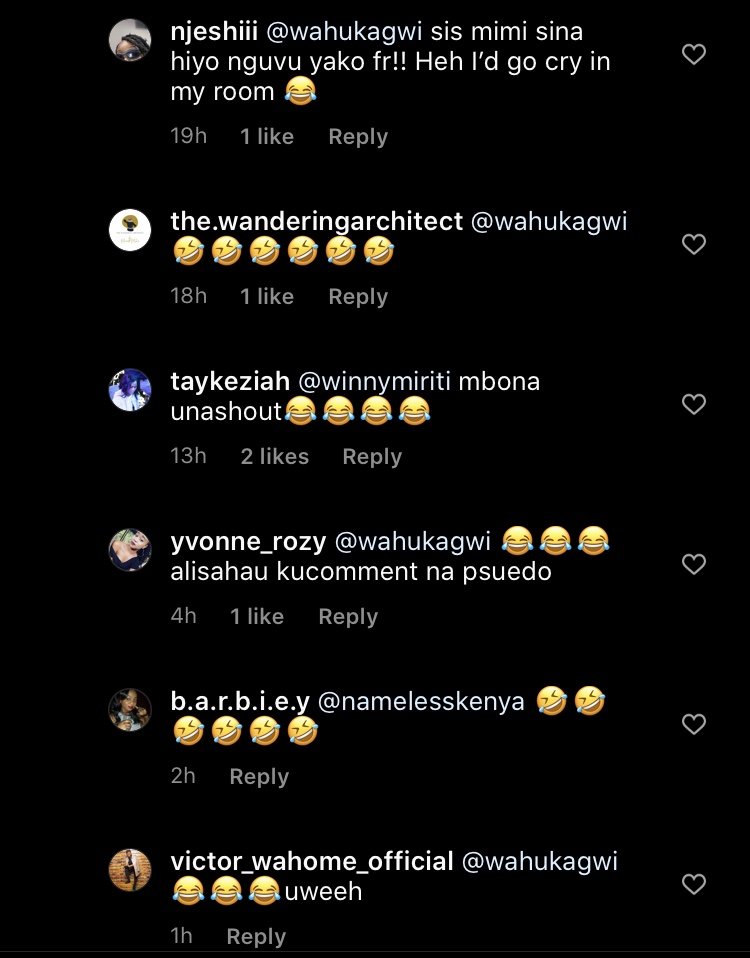