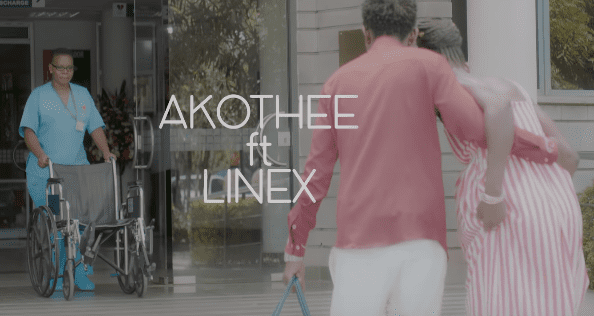 Baraka is the newest song by Akothee featuring Linex Tanzanian artist. The jam has been received well by their fans. Baraka is a swahili word meaning blessing. I am in love with this jam. Generally the song is easy to listen to and the words are clear. The aspect of dramatization gives it the taste.

Baraka’s production did not fail, in fact it set out the theme and message of the song clear. Throughout the production the background was well catered for. You will realize that we are in a hospital set up and Akothee is expected to give birth. On costumes this is a great deal here. The hospital mood is also there. Also the beats are so smooth and easy to flow with. Introduction of the song was well done, the video shows Akothee and Linex being received by a nurse at the hospitals entrance. I would say that the production of the song was well thought out.

Baraka talks of a prayer by a couple to get a child and finally it happens thus the title Baraka. “Maombi yangu usiku na mchana Aje mtoto mwenye hekima na busara Mkarimu na mcheshi na asiwe hasara”. It means that the couples prayer day and night, is that of a child filled with wisdom and knowledge, generous and jovial and should not be a loss.

Looking at some of the verses you will find that the verses give praises to the lovers. Also it shows that children require parental love from both parents.

Below is a link to the video