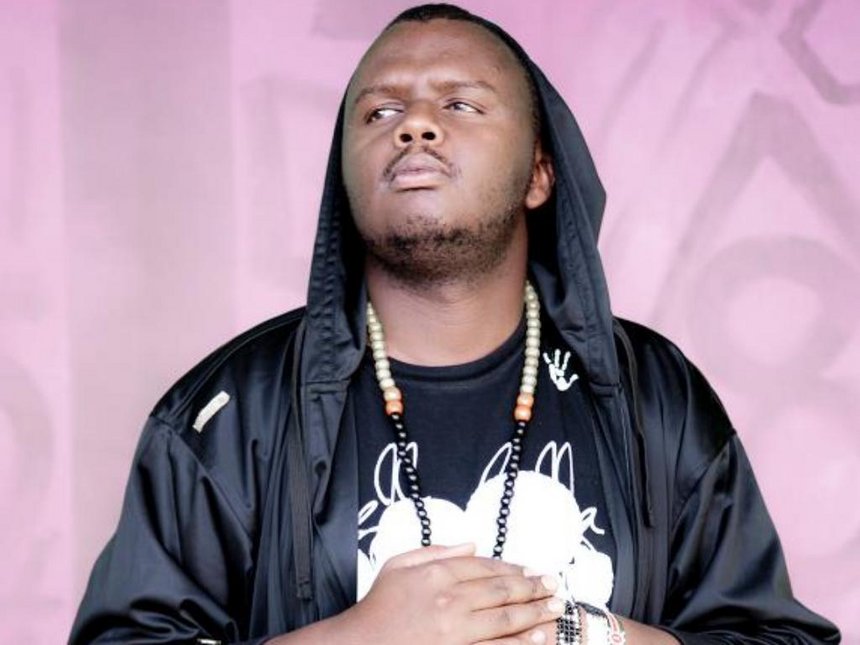 Singer Mejja has had a successful year and after years of many underrating his music; the Genge artist finally got his breakthrough and like never before we now appreciate the type of content he gives his fans through his music.

So far Kenyans and the East African region continue to celebrate Mejja; but a few characters here and there have decided to ruin his image by conning fans on social media.

The fella went on to describe Mejja as extremely arrogant, extortionist among other big names… the guy wrote; 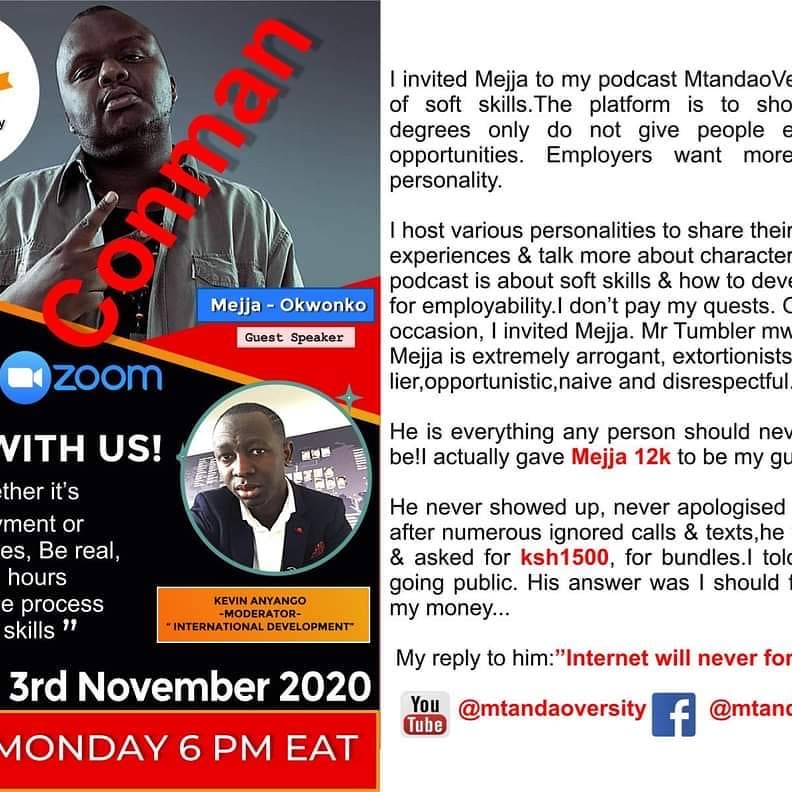 Having come across the post Mejja decided to respond to this guy’s accusations; and boy did Mejja reveal shocking and unknown details.

Also read: Mejja shares his side of story after ‘Lewa’ hitmakers accuse Kiss FM of favoritism

Apparently he does not own a Facebook account nor does he charge for interviews. In his post for the very first time Mejja went on to reveal that he does not charge for collaborations too; which left us wondering how he then makes money at the end of the day.

Turns out that generosity has highly contributed to his success; and the fact that his golden heart has kept him away from scandals – his die hard fans continue to push him to the top.

Hii Ni UJinga GaNi TeNa, Whoever Is Doing This Should Stop; And Apologize Failure To Which I Will Go To The Authorities. I Don’t Know This Person Or The Money Said, Na Pliiiiiiiiz Wagenge I Am Only On IG SiNa Facebook, Snapchat, TikTok. So Any Number u Get From This Socia Media Accounts NI FAKE!!!! Mniwache NiKule Mimea Na Amani, I Do Collabos For Free Ni Interview Ntaenda Ku itisha Pesa Seriously Stop Clout Chasing With Peoples Careers Na Hii Imezidi Ntawacha KuToa Ngoma KuTuLie Juu Vile Naona NaPenda Peace Yangu Manze Shukran GODBLESS