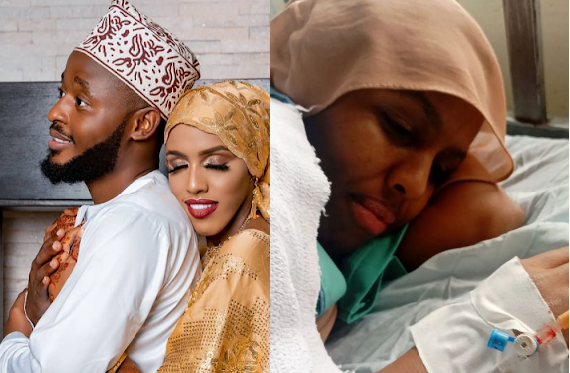 Comedian Nasra is doing some damage control on social media after she let her feelings control her hence revealing husband, Rashid is now living with another woman.

It all started with her throwing shade at her husband using breakup songs and with her trying to prove a point – she unfortunately made it too obvious that other fans also noticed.

As if that wasnt enough, the lady went on to hold a QnA and this is where alimwaga mtama yote. Yes, she made it known hubby, Rashid is currently seeing someone new and judging from the tone used on her responses….Nasra is hurting, bitter and yes…still hurt. 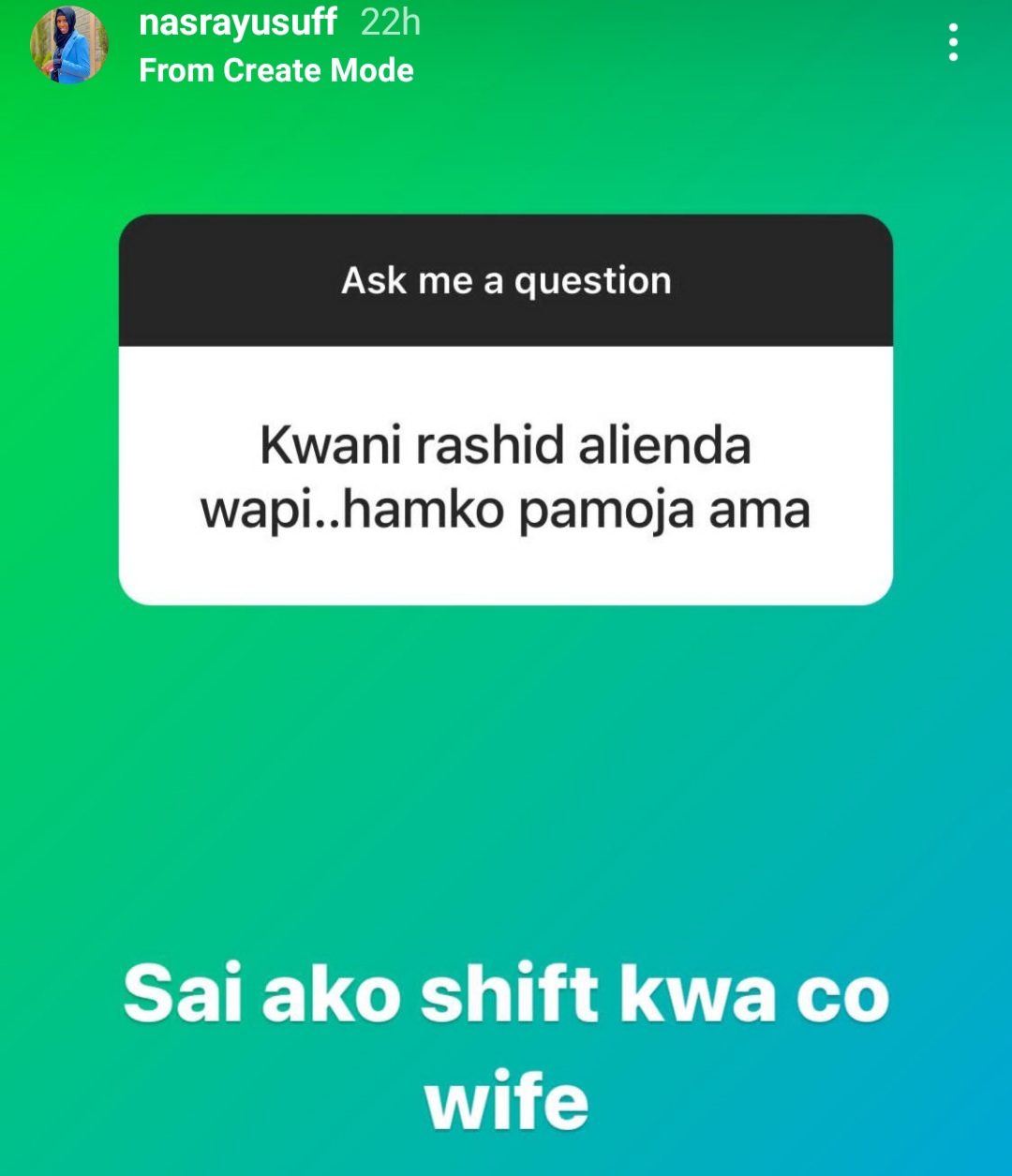 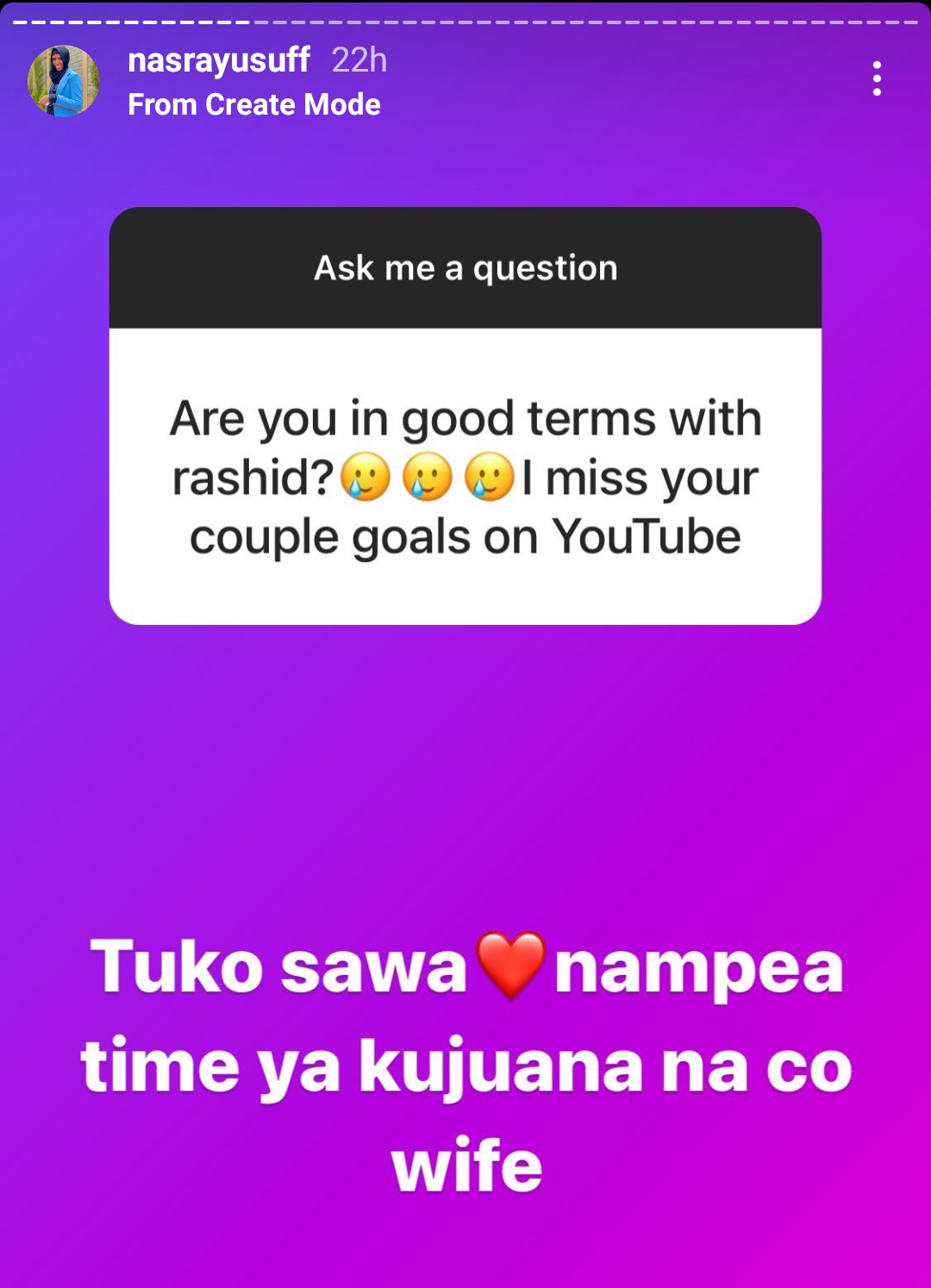 Okay….one would say it’s a joke but come to think of it – this is the second time Nasra is coming out to announce a breakup with husband Rashid.

The other time she announced the breakup in a post saying;

Dear #Nasrashid fans,I’m sorry to disappoint y’all but Rashid and I are nolonger together 💔it’s been an exciting yet challenging journey and we both feel like we deserve better..I’ll be filing for my divorce soon because of irreconcilable issues and I’m already adjusting to being single…I take this time to appreciate the support you’ve shown us..asanteni sana..

Anyway havijg let the cat out of the box – one fan criticized (Rashid) for leaving Nasra months after the miscarriage saying;

If its bad forgive. Did he get second wife because of the incident ya miscarrige?

But Nasra being a “good” woman defended him saying;

No he is not stupid. He is just a man. 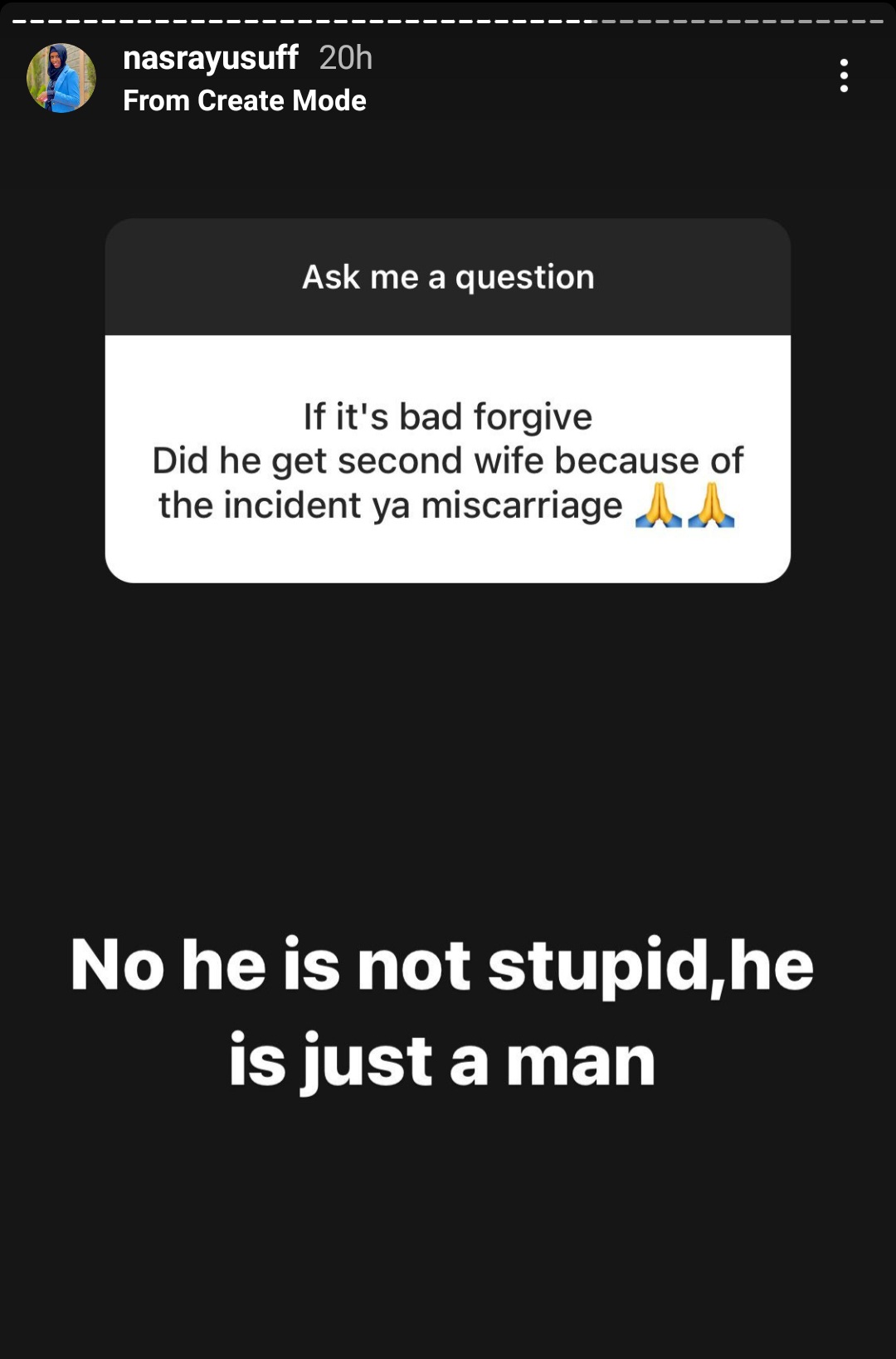 But then again – aren’t Muslim men allowed to have 4 wives? And would she be defending him if she hadn’t exposed him in the first place?