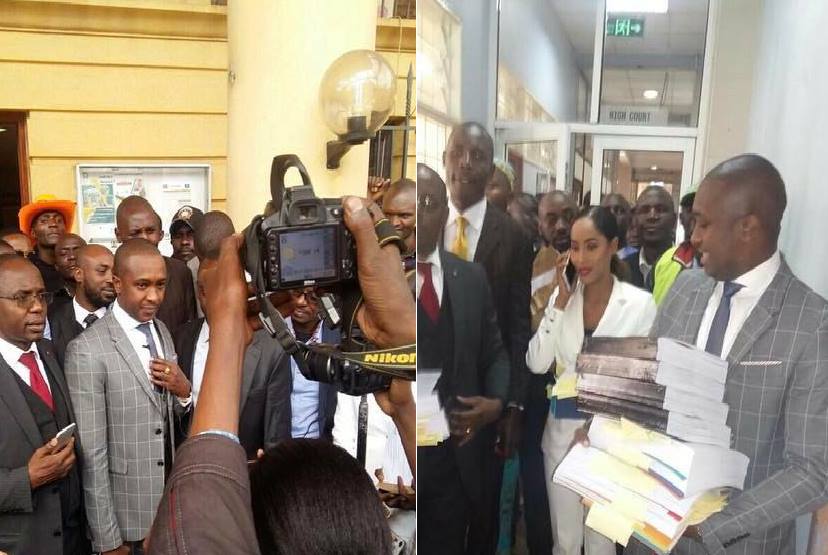 Mbogo was quick to dismiss Jaguar’s win right from the word go, the ODM candidate embarked on a mission to gather evidence to prove the singer was unrightfully elected as Starehe MP. 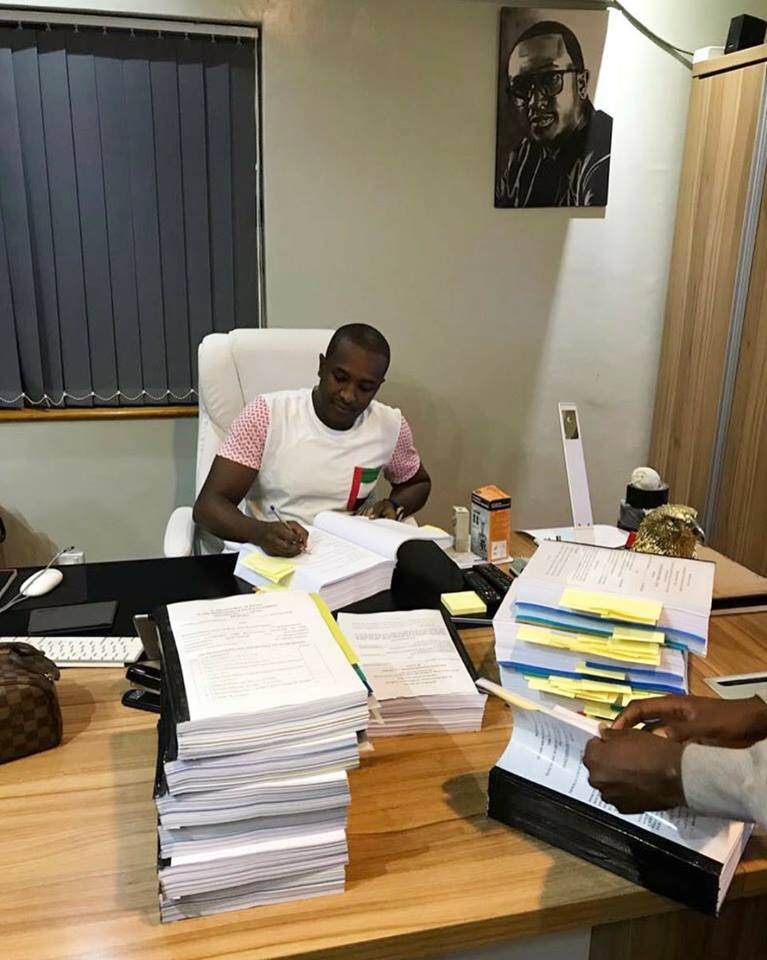 “We are not to simply bandage the wounds of victims beneath the wheels of injustice, we are to drive a spoke into the wheel itself. Filing my petition tomorrow at 9am … Starehe constituents have spoken ….. Justice must prevail…..” Mbogo wrote a day before he finally filed the petition in court challenging Jaguar’s win.

Mbogo through his lawyer Anthony Oluoch filed the petition in court yesterday September 6th; he claimed that he has hard evidence to prove the Returning Officer selectively manipulated and deliberately distorted votes cast in Starehe. 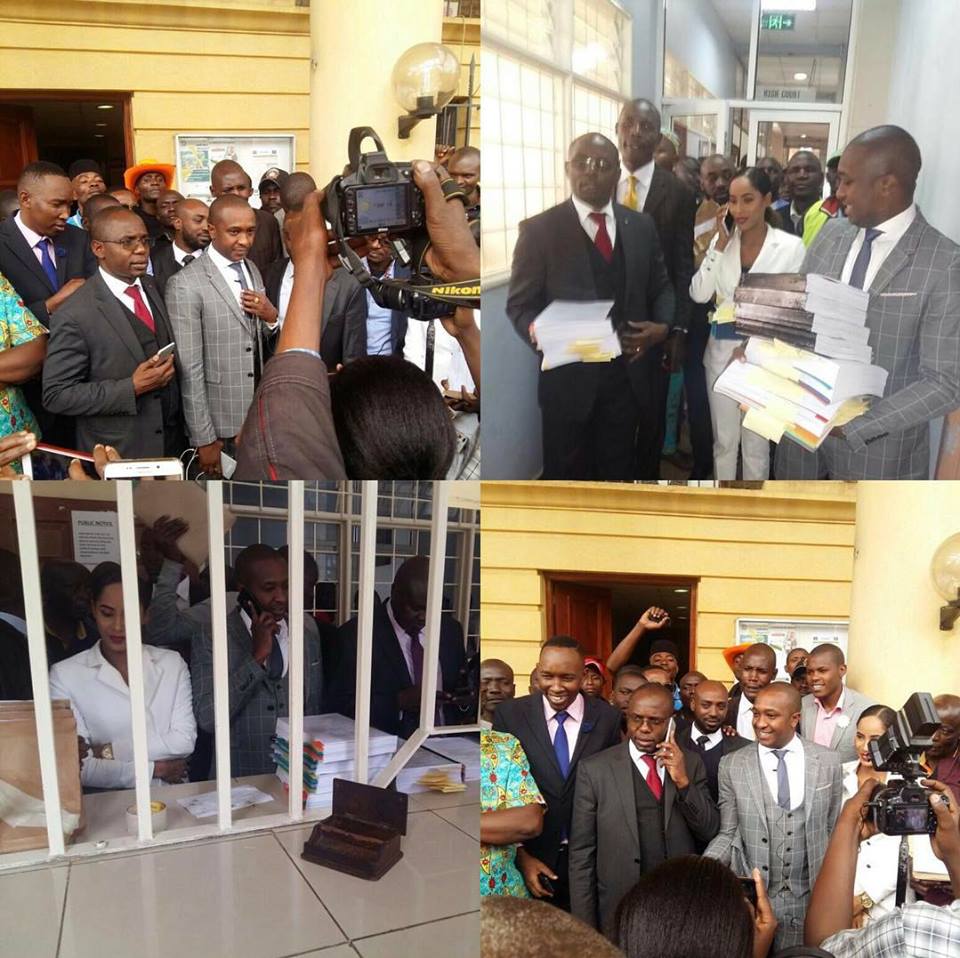 Steve Mbogo and his lawyers at Milimani law courts

Boniface Mwangi was excited by Steve Mbogo’s move to challenge Jaguar’s win in court. He was confident that the court would annul the results of Starehe constituency.

“Starehe’s MP aspirant Steve Mbogo files petition challenging Starehe MP Charles Njagua’s win. Says election wasn’t free and fair. Looks like we might have a by-election in Starehe in the near future. For those who voted for me, thank you. l shall be coming back to ask you and your friends to vote for me. #StareheNiBonnie” wrote Boniface Mwangi.