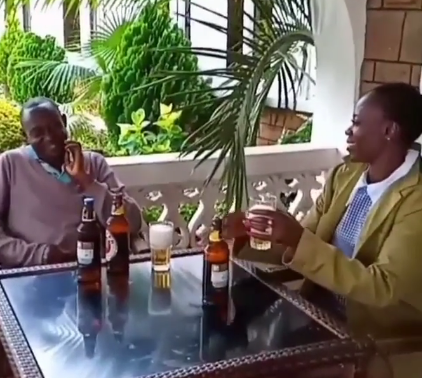 Akothee shows her true life on Instagram, almost every bit and none is filtered. Well the singer has made news yet again after firing one of her employees.

Akothee for a long time now has been complaining about her shamba employees and how they sometimes make her reap loses just because they are lazy and disconcerted.

Recently, she took to instagram to post a video sharing a couple of beers with one of her shamba boys after she fired him.

“Me and mogaka after a handshake of partying ways,” she said.

Me and mogaka after a handshake of partying ways ????????

According to an earlier post she made, it seem the worker was stealing milk from her. She said that she’s been losing a lot of money because of her employees and now she had to cut some.

“I lost 8 calves out of carelessness, I would receive a list of what the cows need , But after sending money , no news nor nothing, only to realize the money was pocketed, the dairy farm caused me electricity , generator maintenance , salaries and stress, I was soo much attached to the cows , that I found myself crying before I made a stand of let go!?? But it would pain me more if they died in my absence, yesterday after the cows left , my grandma had sent her grabdchildren as usuall to pick milk for her ? ? ? ? ? ? ? ? ? ? ? ? ???????????????, 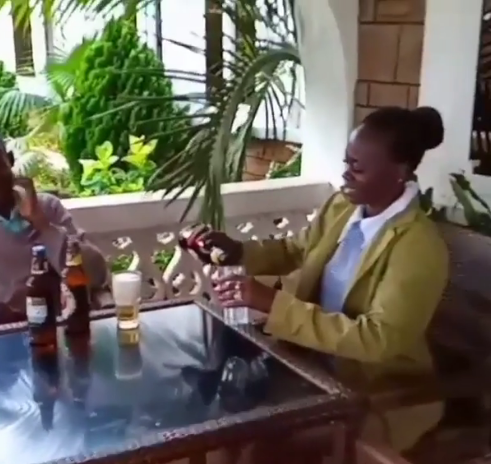 I don’t have an answer but buy for her packeted milk this morning , my mum had just arrived with a whole car full of nappier grass for my cows , little did she know , that I already made a stand that the dairy farm is no more ????, this killed me too , this will be a very difficult month for me to adjust , but hey I now know better , that was my retirement project, I will get back to it when I turn 60 years old , calm and reluxed animals need great care love and attention , I wish AKOTHEE, PETRA , STOMATIC & MADDAMBOSS WELL . Mtoe maziwa mingi huko, the cows are gone , what do we do with mugaka? ??????I feel for him, but he never felt for himself , I have only plans for myself since employees dont have plans for me ! ???? nimekosa ngombe mugaka atakosa kazi, wote tukose basi???