Caroline Mutoko slams fan who called her mean and unkind: You’re hurt and I’ll pray for you 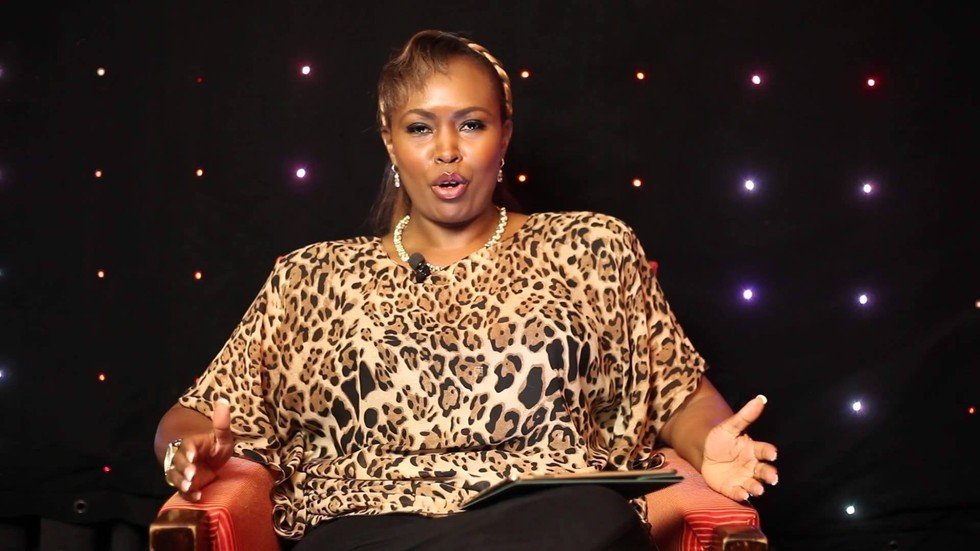 Media personality Caroline Mutuko has shut down a Twitter user who claimed that she’s was mean to him a while back.

A user by the name Murage Gichuki called out the media personality accusing her for being unkind after a short whats app exchange they had while he was looking for some help.

Gichuki’s attack came after she sent out a post encouraging people to be kind in the wake of the Riverside attack when one Murage Gichuki called her out for being mean.

“Today, be patient in traffic, smile at people, nod your silent support and whisper a prayer for those who’re injured and families of those we’ve lost. We’re all hurting. Even the heavens above are grey. Be kind today. Hold me up. I’ll do the same for you,” wrote Mutoko.

Gichuki, however, wasn’t having it. He sent a reply saying Mutuko was the opposite of what he was saying.

“F*ck this Caroline Mutoko sh*t of being kind. My bullsh*t meter went on overload! People are mean af then project their shitting daisies sh*tfluence here. I’m mad as hell when I remember how she dragged me on the phone for minutes and I kept asking her to be KIND. She hang up on me after an earful of BS.” Read a number of his Tweets. 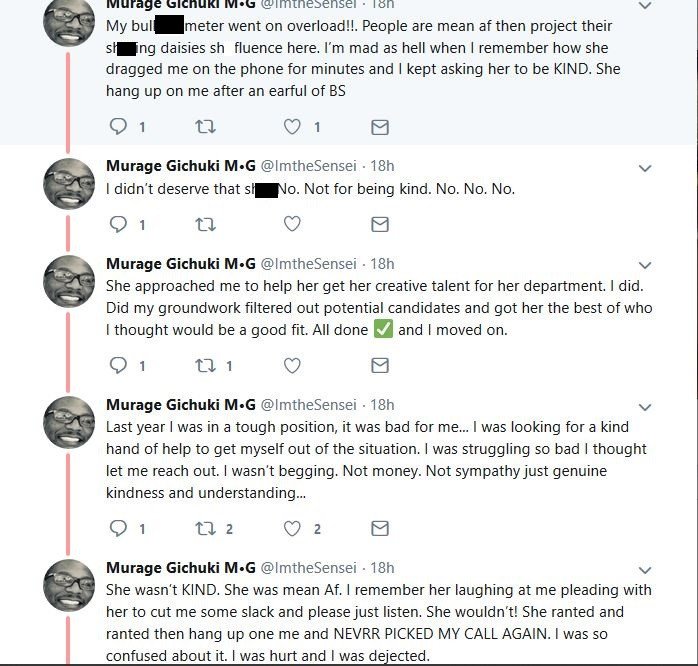 “I pray you find peace Murage. I have read your thread with sadness & pity. As for anyone giving this wounded man a hard time – Don’t. Back off. I say again – Be Kind. Murage is hurt & his wounds are self-inflicted. Ragz – Be well. Be blessed.”

She also went on to share an exchange they had on Whatsapp where the man sought her help in finding contacts in Uganda, Hong Kong and Australia.

“Contacts? For?” read Caroline’s reply and Gachuki replied with “I’m looking for people who are crazy dreamers like me and open-minded?”

“Okay, that makes no sense to me…What exactly do you need? Let me know I’ll get back to you at 4 Pm after my strategy session. Have a great day.” Caroline replied. 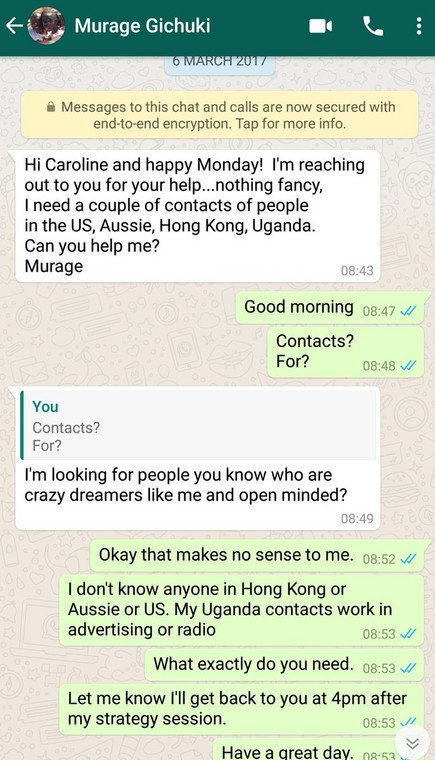