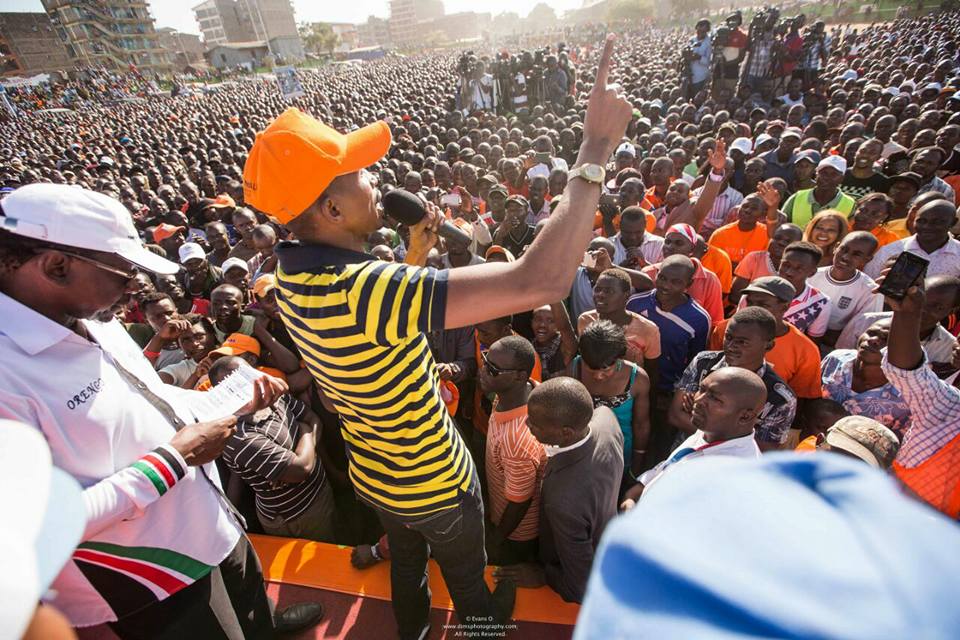 Mohammed Ali is experiencing firsthand the dirty side of politics, the former KTN investigative journalist clashed with his main rival Said Abdalla Saido during ODM rally at Tononoka Grounds on March 26th.

Tension between Ali and Joho’s brother has been brewing for days, the former had called the latter a toy boy claiming he was misleading young men and women in Nyali constituency. 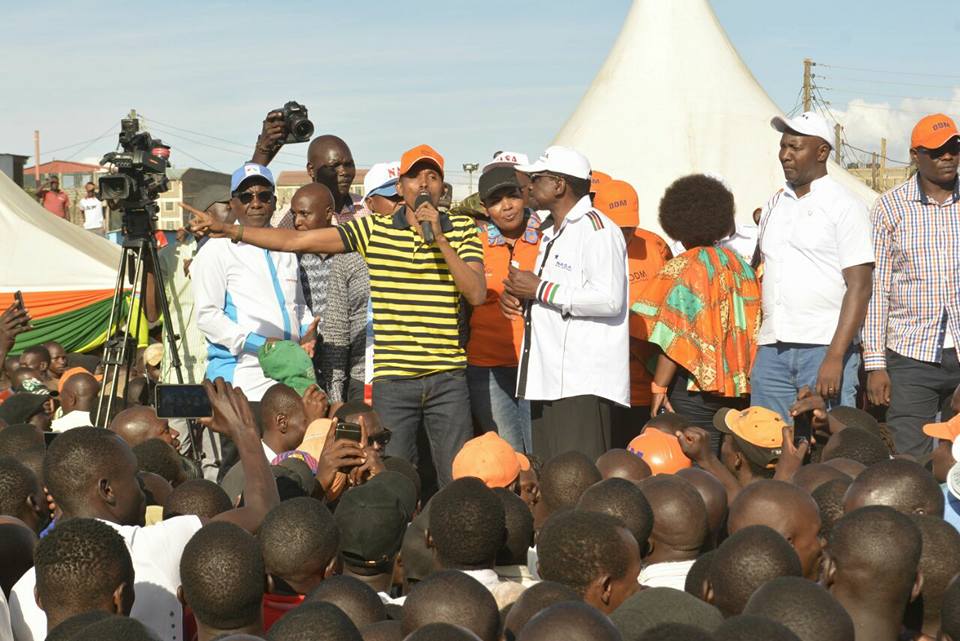 The culmination of their beef was the chaos witnessed at Tononoka Grounds, a video Ali posted online caught the moment the fight erupted.

Ali claims Saido approached him at the crowded podium and started abusing him verbally before he pounced on him and beat him up.

He has since written a letter to ODM disciplinary committee demanding action against Saido;

“Thank you Mombasa. ODM disciplinary committee should now deal with hooligans. The people have decided. Being a brother to Governor Ali Hassan Joho doesn’t give you the right to fight other aspirants on the podium. We know there are instructions not to release the said video with the evidence but it’s too late. Be the judge. You can’t bring a good man down,” Ali wrote.

See the letter below: 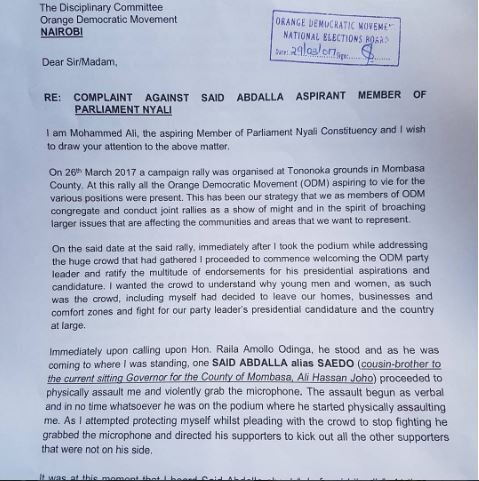 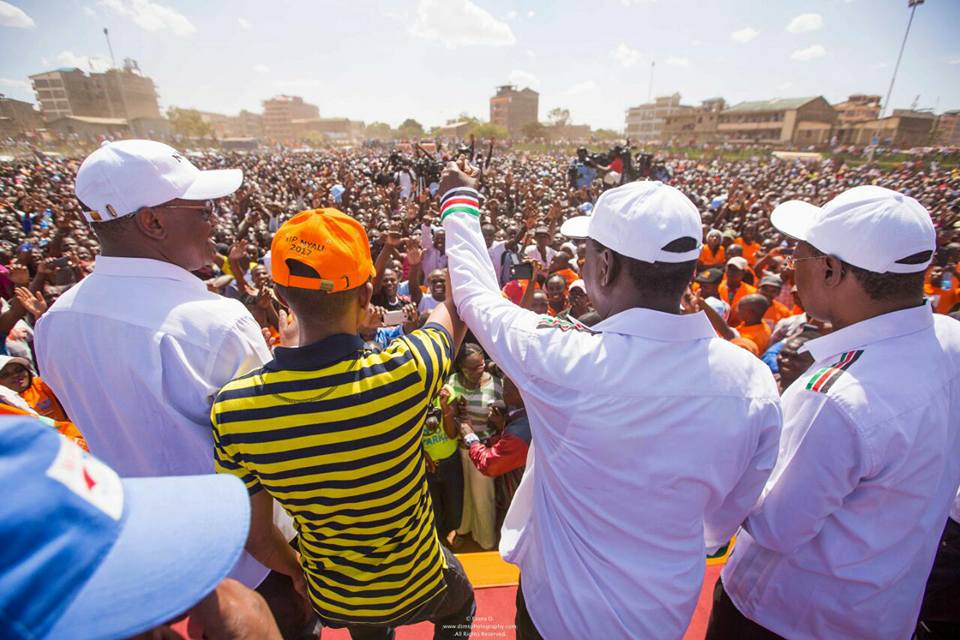