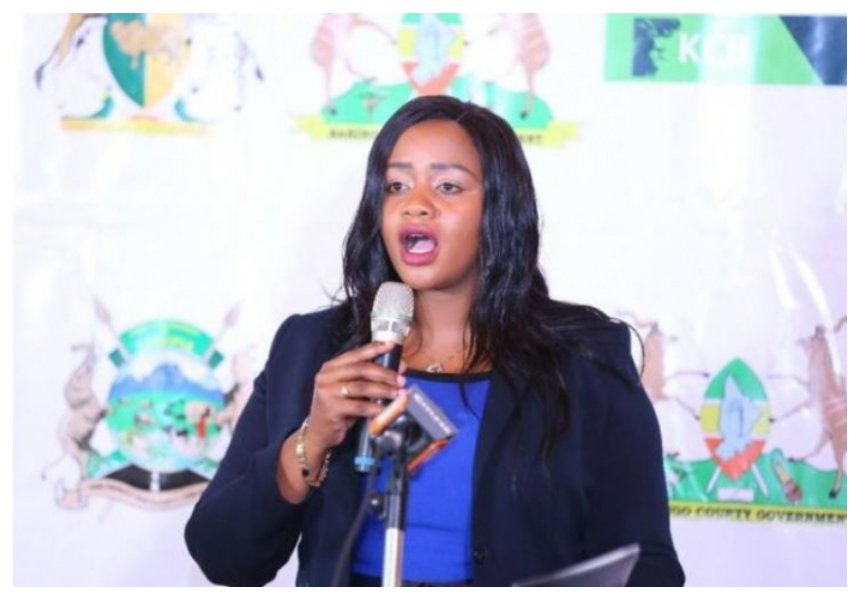 Laikipia Woman Representative Catherine Waruguru together with her husband were thrown out of Sunshine hotel in Kericho for failing to produce marriage certificate which is a requirement at the hotel for a man and woman checking in.

Waruguru came out to strongly condemn the hotel after the incident. It was thought that she was checking in with secret lover but she later on explained that she was a second wife to the man.

Pastor Godfrey Migwi has called out the Laikipia Women Rep over the drama in Kericho. The pastor who ministers at of House of Hope in Kayole, says women leaders in general have been engaging in sideshows instead of delivering service to Kenyan electorates.

“I want to correct our women leaders. Our women leaders are doing some things that are not good. We voted them in to work not to cat walk and talk petty issues. You cannot go to media houses and start condemning someone who is doing his/her business. Let that hotel man do his work. You want him to be chased away by locals. Am not supporting the hotel owner for asking marriage certificate, am not supporting that. But in every institution there are rules and regulations. So even if you are a leader you are supposed to obey those rules. To be a leader doesn’t mean you are above law, you can do anything, you can enter anywhere. Our women leaders you must change,” said pastor Migwi.

The preacher also calls on the country’s top leadership to change the constitution so that the positions of women representative are scrapped.

Migwi explains that everyone is equal in the eyes of God and that there should be no seat set aside for women because it makes them feel entitled and act irresponsibly.

“Am requesting our top leaders, as time goes by we need a referendum to change the constitution. I think this constitution is heavy to Kenyans. As a leader in church, I advise our women leaders focus to the work that Kenyans gave you. We don’t need petty issues, we need people who will work.

“My advice is that this constitution need to be checked, and those seats that are special for women be abolished because we are all equal in the eyes of God. Everyone who wants to lead, he or she needs to go to the grassroots without any special treatment from the constitution. We don’t need a constitution that favors this gender. We need a constitution that equalizes everyone because i can see our women leaders because there are those permanent seats that are special to them now they can do anything, they can speak anything because at the end they know that seat belongs to women.”