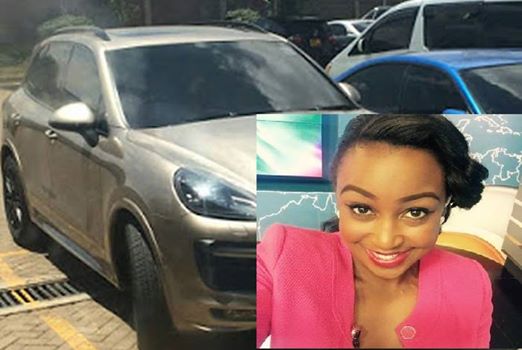 KTN anchor Betty Kyallo cruises in a top of the range German machine that is owned by Mombasa Governor Ali Hassan Joho.

Sometimes in February 2017, it was revealed that Betty Kyallo owned the Porsche Cayenne KCG 001J which was parked at Standard Group headquarters on Mombasa Road.

Also read: Like a boss! Here is the 13 million swanky Porsche Cayenne that Betty Kyalo drives 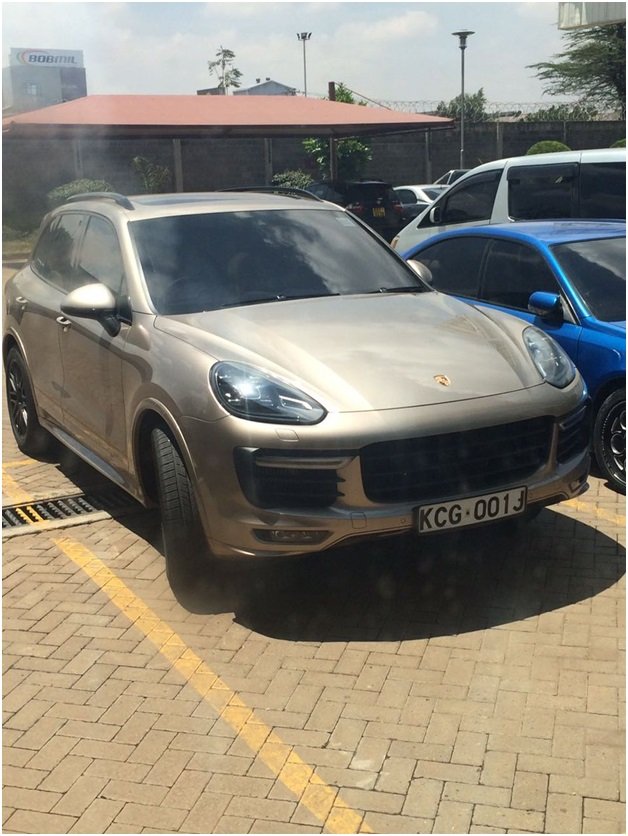 Well, Ghafla! can now authoritatively say that the Porsche Cayenne KCG 001J is owned by Joho Ali Hassan. This was confirmed after verifying the vehicle’s legal ownership/registration on NTSA and KRA platforms.

According to the information derived from KRA, the Porsche Cayenne was manufactured in 2015 – so there is a high probability that Hassan Joho bought a brand new SUV and gave it to Betty Kyallo. 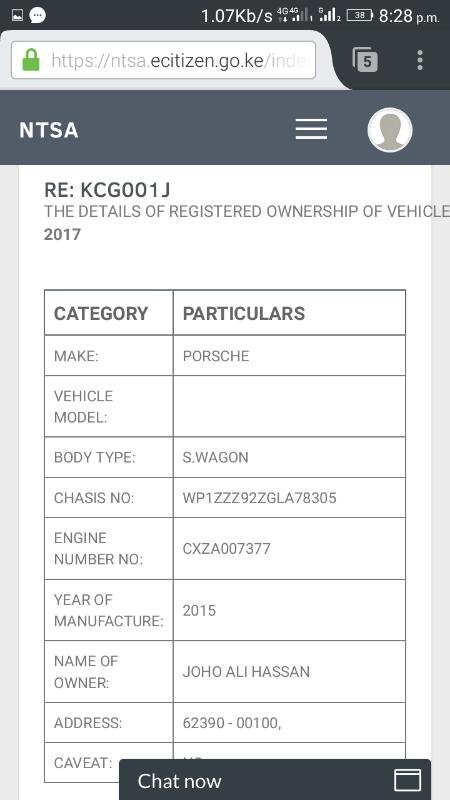 Joho and Betty Kyallo are rumored to be secret lovers, the Sultan was said to the reason why Betty’s marriage to Dennis Okari crumbled. 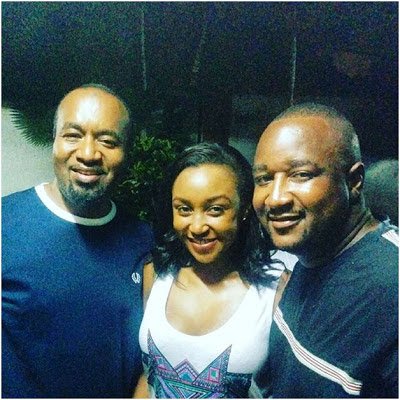 Meanwhile the Mombasa governor also owns a Rolls Royce KBR 001R. This information was revealed to the public when KRA moved to court on March 30th seeking the prohibitive order against Governor Joho claiming that he had evaded paying tax.

The court heard that despite declaring nil tax returns, Joho is the registered owner of two high-end motor vehicles, a Rolls Royce KBR 001R and a Porsche Cayenne KCG001J (the one Betty Kyallo drives).

Joho’s woes have however been attributed to his clash with President Uhuru Kenyatta, the head of state vowed to punish him after the Mtongwe incident.