Have you ever noticed some exes become more attractive after you break-up with them? This is partly why some people opt to go back to their exes after realizing how much they lost. Some end up hitting the gym and coming up with a revenge body in order to make their ex regret losing them.

Corazon Kwamboka is one of those who are willing to make their exes regret losing them. The mother of two, who broke up with Frankie Just Gym It, is now enroute to an hour-glass figure. Even though she was still a hottie before giving birth, Corazon has shown interest in becoming even more sexier, considering how often she hits the gym after giving birth.

On the flipside, Frankie is out here having a field day in singleness. He seems to be having more fun, depicted from his videos and posts on social media. But the good thing is Frankie is spending time with his son he sired with Corazon. Co-parenting is evidently going on well with them. But what about Maureen Waititu’s children?

Anyway, Frankie has raised eyebrows after he liked a video of Corazon stating how she wants to be ‘the hot ex’.

” When you don’t want to go to the gym but remember you want to be the hot ex.” 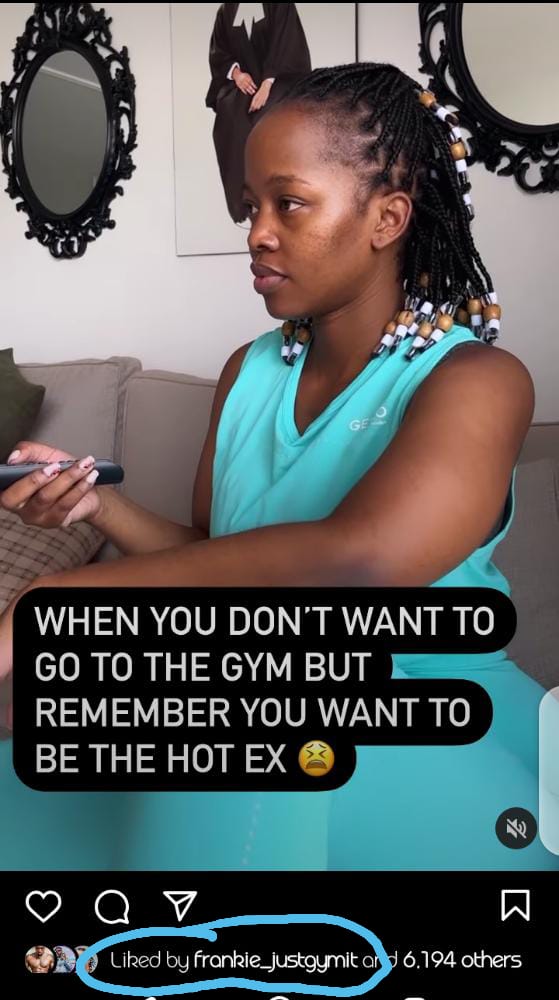 After Frankie liking the video, here’s what fans had to comment; 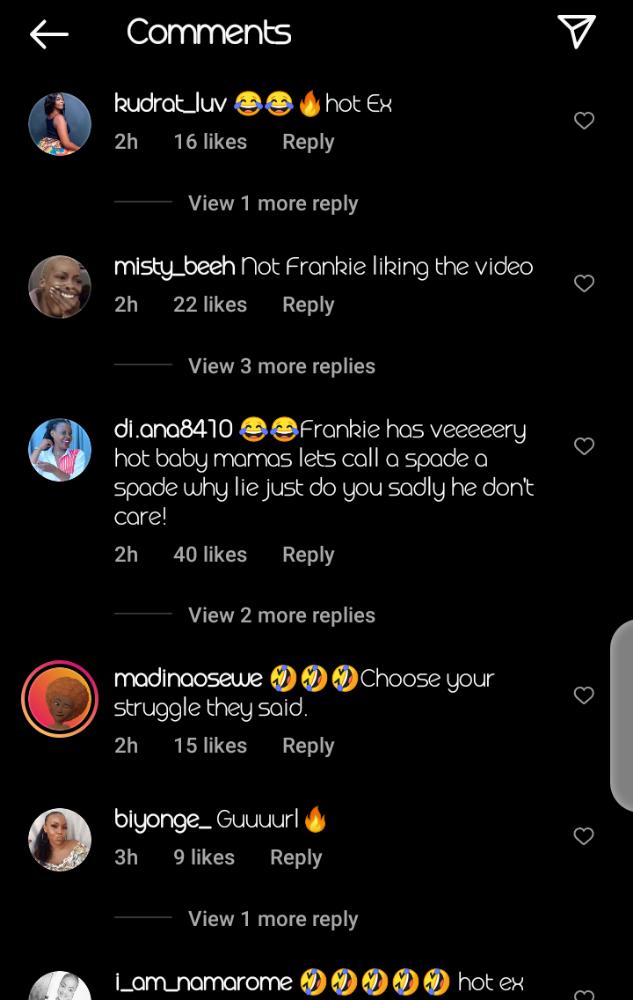