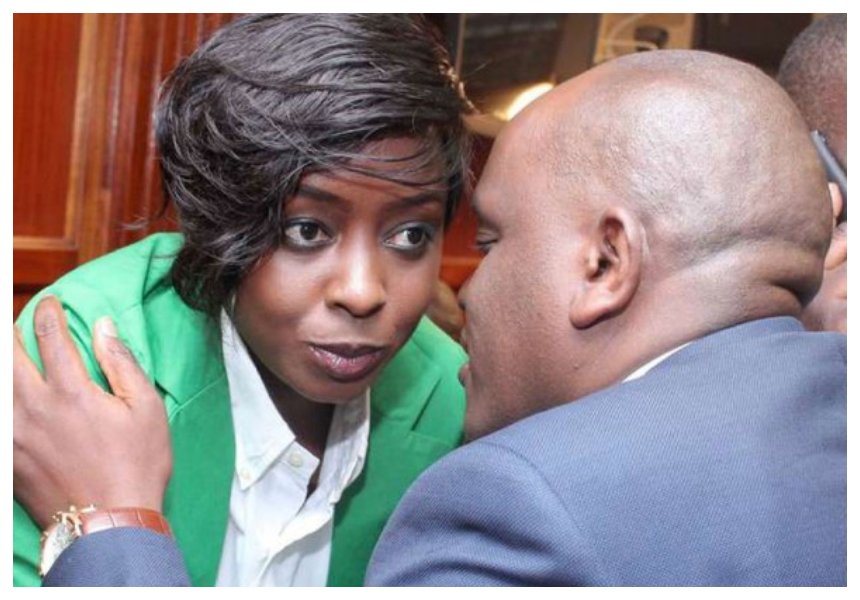 Dennis Itumbi and Jacque Maribe are more than Best Friends Forever (BFFs), only the two of them can describe the nature of relationship they have.

Itumbi has wrote several sweet poems for Jacque, even when she was about to be granted bail the State House operative wrote her a poem.

The two however have denied multiple times that they are dating, this despite all the romantic things that Itumbi has been doing for Maribe.

This year however, Itumbi has decided to write a poem for Maribe on her birthday;

I wrote this one late,

Kindly carry it to the car as you go to court today,

That is why I slip this under your door,

Been standing outside your door,

With pen and notebook,

Thinking how Tragic a year you had,
Impressed by the Magic you have,

Aware that like someone said,
A challenge, only becomes an obstacle when you bow to it.

So here my birthday note,

At least one day this year find a very rainy mid-morning, I will come with an umbrella,

So that, I can hold just one raindrop for you, place it on your bicep and watch it roll down.

I ask for no more,
Just a chance to watch you re-introduce yourself in 2019,

With your wounds – Yes.

With your visible scars – Yes.

But with fresh stamina.. Undettered passion