Designated survivor locked down, Ruto flown to all stations..How security prevented 1st and 2nd in succession line from traveling with Uhuru on same train 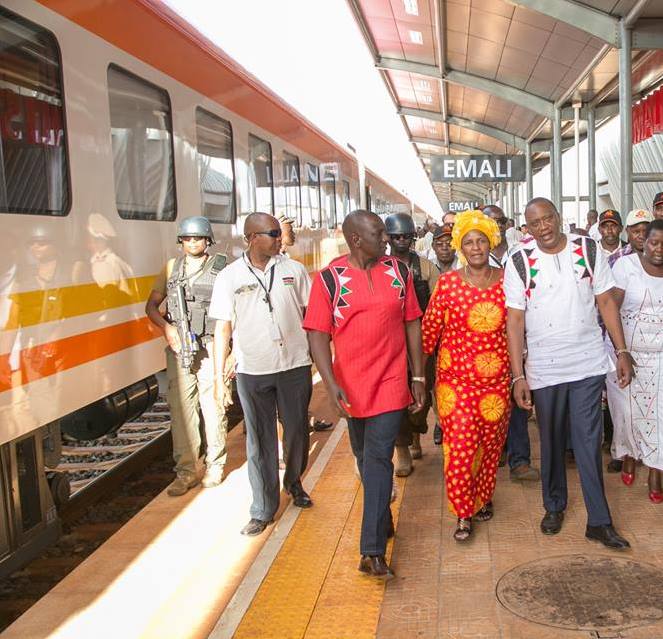 The Kenyan constitution outlines two people to succeed the president in case he dies while he’s in power. The two people named in line of succession were to travel with President Uhuru in the same Madaraka Express train but security chiefs made sure they didn’t.

And if Uhuru, Ruto and Muturi die at ago, then there will be chaos because the constitution is not clear on the line of succession in this event.

This is why security chiefs left nothing to chance when Uhuru, Ruto and Muturu were supposed to be in the same train travelling from Mombasa to Nairobi; they made sure the three were not on the same train. 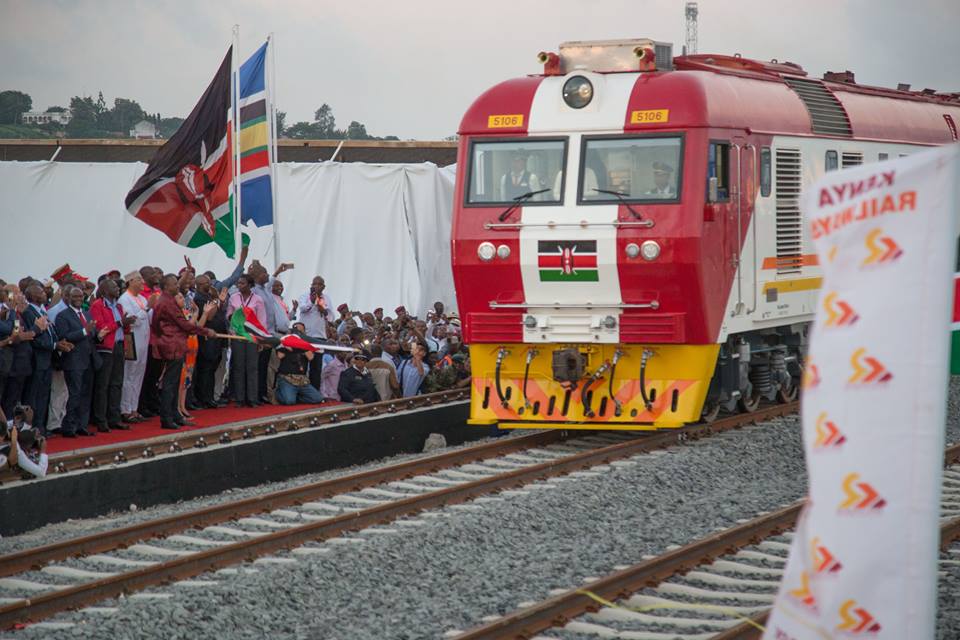 The Standard reports that Justin Muturi was locked down in parliament building on Wednesday May 31st as he was preparing to leave Nairobi for Mombasa to join President Uhuru to ride the train to Nairobi.

“They told him there was no way he was going to ride that train. They also told him the only time he will leave his office was when his motorcade will be headed to Syokimau. He stayed at Syokimau for several hours waiting to welcome the President and his deputy aboard the train from Mombasa,” Sunday Standard quoted a source who told them about Muturi being locked down at parliament building. 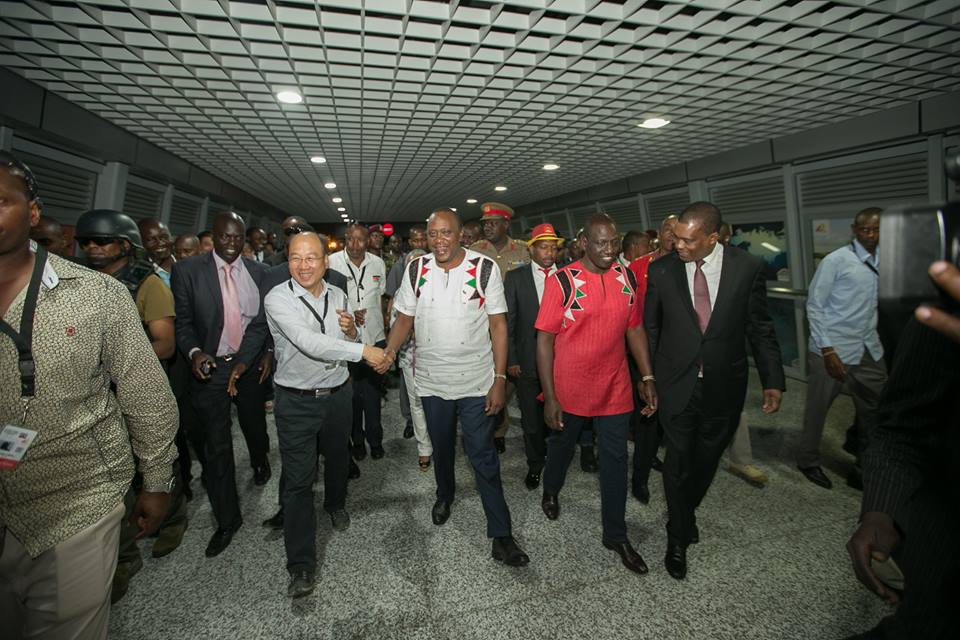 Securing President Uhuru and his deputy William Ruto while travelling on an unarmored train that passed through the jungle was a nightmare for security apparatus.

The Standard says Ruto was flown on one of the choppers that was shadowing the train Uhuru was traveling on, apparently the DP was dropped at every station; Mariakani, Voi, Emali, Mtito Andei at around the same the train arrived to join president Uhuru in inspecting the termini and addressing the public. 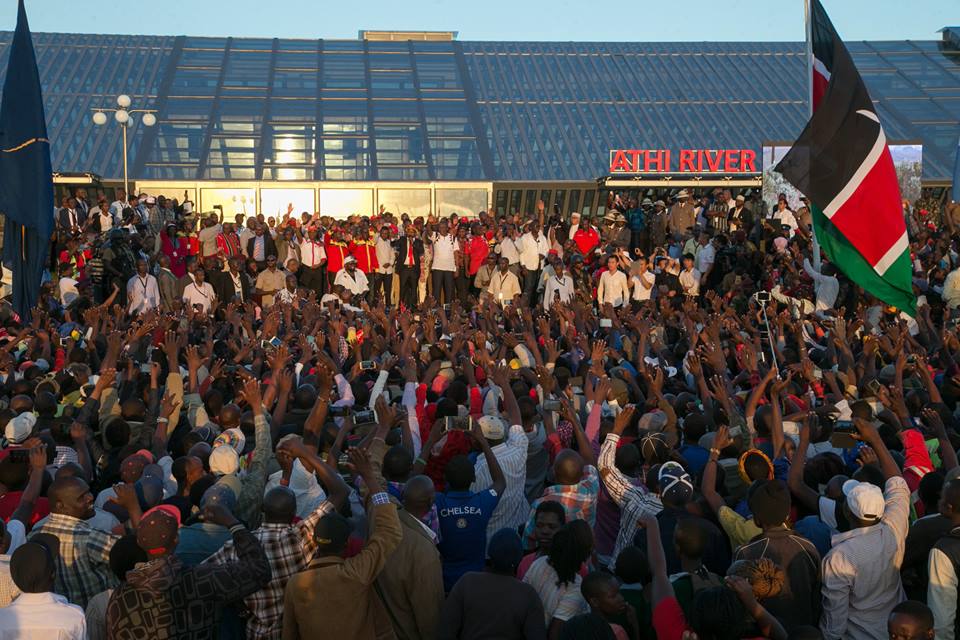 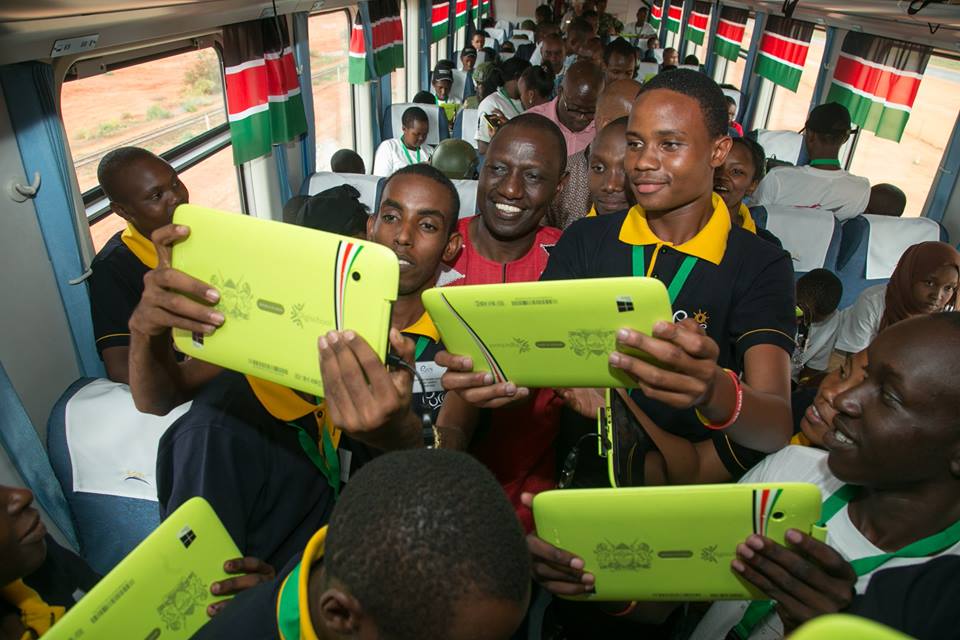 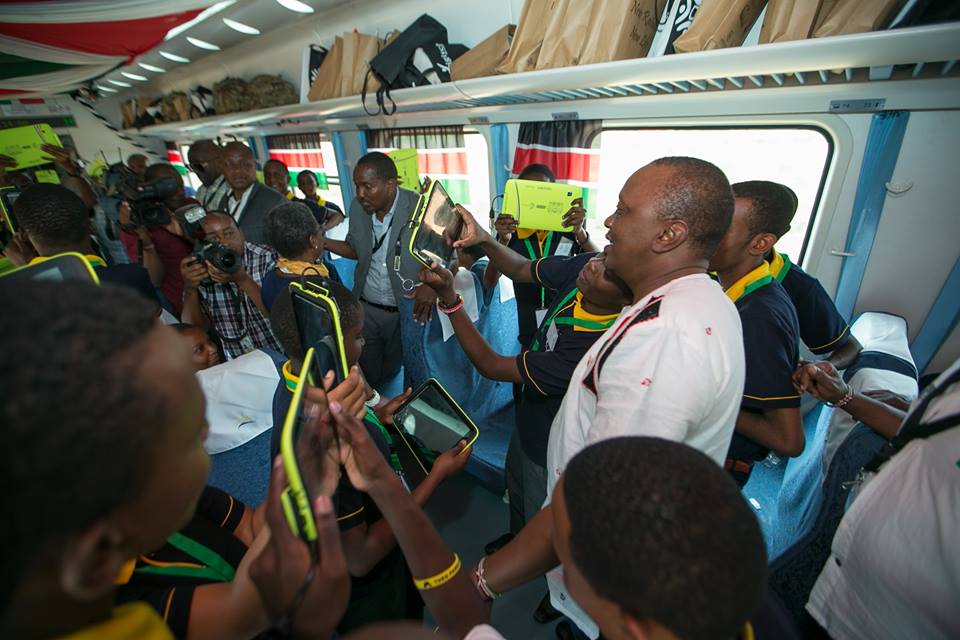 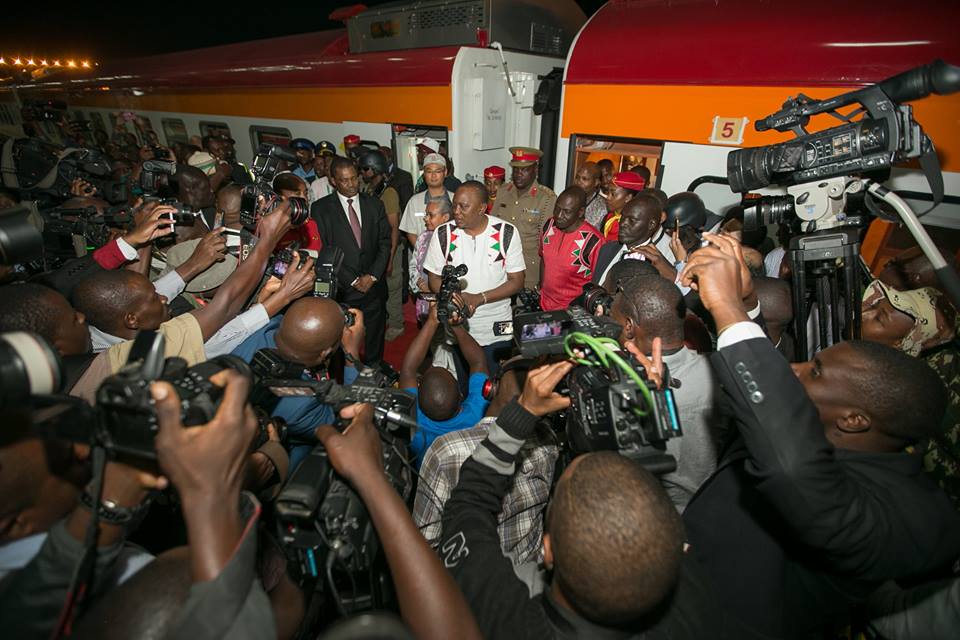 Uhuru and DP Ruto are welcomed to Syokimau station upon arrival