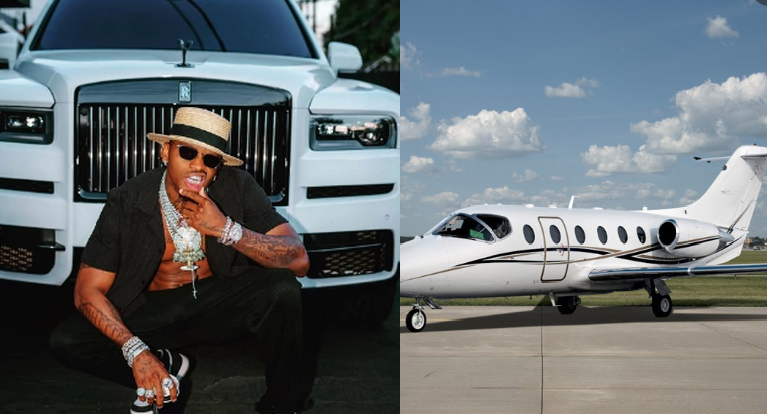 Tanzanian musical artist Diamond Platnumz has impressed fans over recent years with his impeccable wealth accumulated through his hardwork. The singer has invested his money wisely, and he’s been able to supplement his musical earnings with numerous side hustles including owning a radio & TV station in Tanzania.

The singer’s net worth  is estimated to be a whopping $4 million (KSh405 million), placing him as one of the wealthiest artists in Africa. The colossal amount has not come as a surprise to many, considering Diamond Platnumz is the most paid, decorated and sought-after artiste in Tanzania. He recently bought his dream car a 2021 Rolls-Royce Cullinan, blue in Colour. The 2021 Rolls-Royce Cullinan is one of the most luxurious cars in the world and its price ranges from Sh50 Million to Sh90 million depending on how the buyer want it to be customized.

Diamond is not stopping at the Rolls Royce. He wants more & more. And this time, he’s going after a private jet this year! He shared the same via his Instagram, where he also reminisced purchasing his Rolls Royce.

”We bought a 2021 Rolls Royce Black Bedge Zero killometre last Year, and we buying a Private Jet this Year!!! ✈ … thats the definition of having the Best management!…Fu*k! it’s my Manager @sallam_sk ‘s Birthday and we party hard at UPEPO GARDEN tonight!! 🌍” 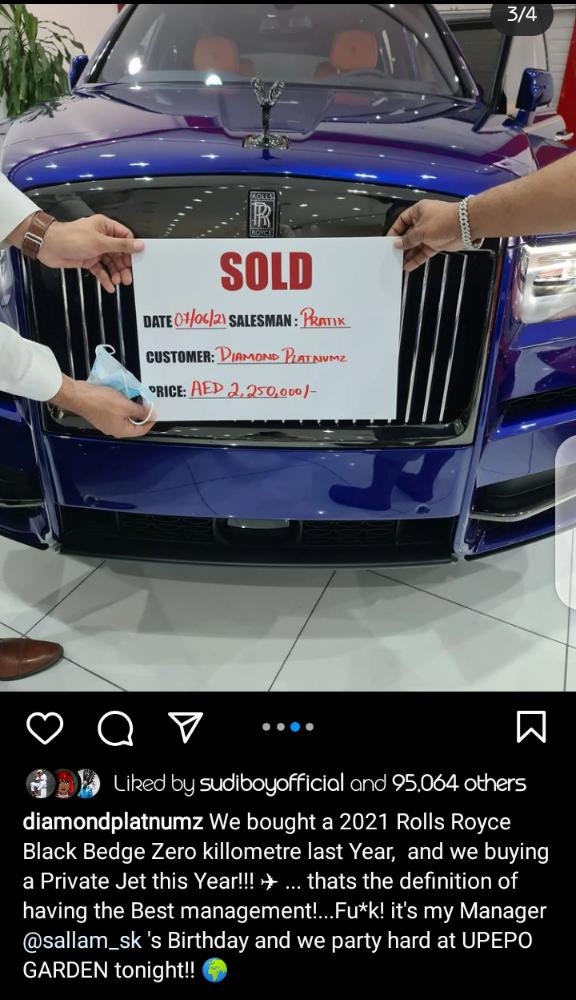 The private jet will cost Diamond hundreds of millions, depending on how many seats and customization it will have. Money doesn’t seem to be a problem to him anyway.