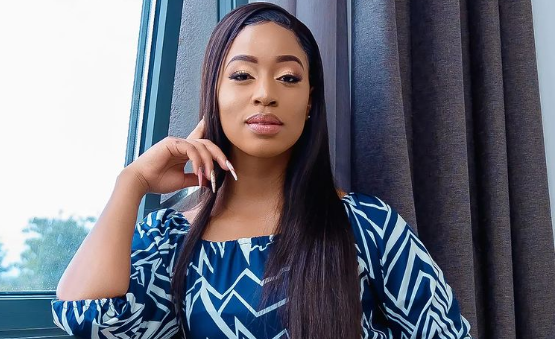 Musician and content creator Diana Marua is out here making boss moves after she was named among Africa’s most subscribed female artists. The heavily pregnant Marua switched her career briefly and ventured into music a few months ago, but her content has been able to garner millions of views.
Diana Marua’s YouTube channel has 783K subscribers, making her the most subscribed to female artist in Kenya and the eighth in Africa.

Her number one fan, who happens to be her husband Bahati, couldn’t eschew happiness and took to social media to celebrate the huge milestone attained by her wife.
The award winning musician took to his Instagram and congratulated his wife;

On Diana Marua’s end, it was a dream come true to be named among the female bigwigs in Africa. She wrote;

”Thank you Team Dee for the overwhelming support that you show me all through my Content creating journey.

KENYA IS WELL REPRESENTED IN AFRICA!!! WE AT NO. 8 WITH THE MOST YOUTUBE SUBSCRIBERS. THAAAAAAANNNKKKK YOU ❤️

Just An ordinary girl with a BIG GOD 🙏🏼”

Diana Marua’s YouTube channel has 783K subscribers, making her the most subscribed to female artist in Kenya and now eighth in Africa. Congratulations are in order! 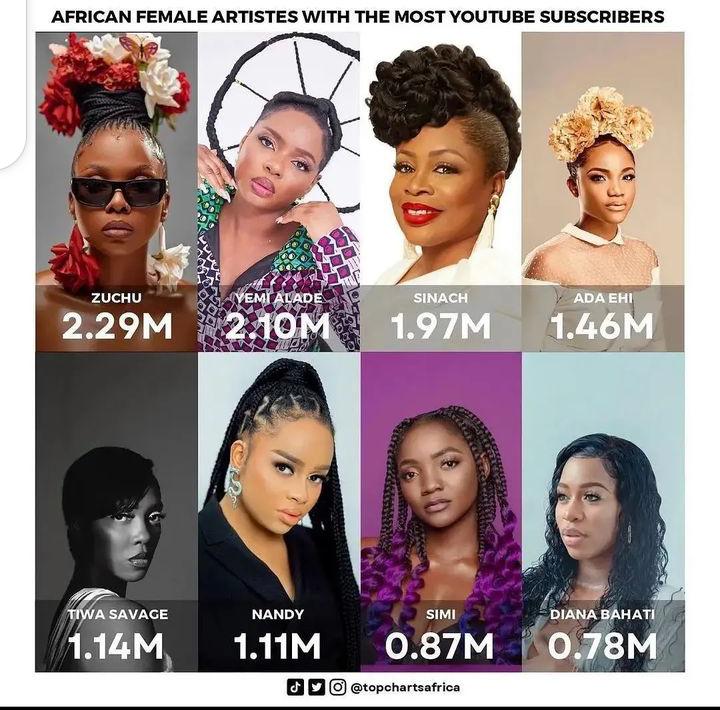