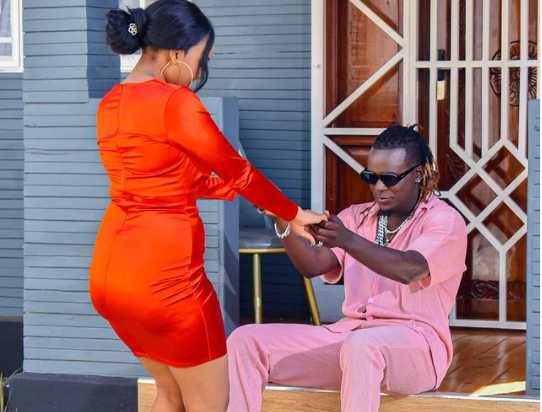 Award Winning musician Willy Paul has come clean to declare he no longer wants to be called ‘mkunaji’ from now henceforth. Pozze has made the announcement via his Instagram, where he has explained why he doesn’t want to be associated with the name; which had already become famous.

The term, which can be translated to ‘ a man who loves women’ has been used by Pozze in some of his songs, which have made it even more popular.

But he has now changed his mind, saying that the name has contributed to his recent misfortunes and brings him bad luck.

”Morning fam, would like to take this opportunity to let everyone know that from today hence forth I will not be using the name ” MKUNAJI ” it’s evil and I don’t want to be associated with it! Ever since I embraced the name I’ve had too much problems. So if you’re truly a fan of Willy Paul, Willy Pozze. Stop calling him ” MKUNAJI “, Pozze wrote on his Instagram. 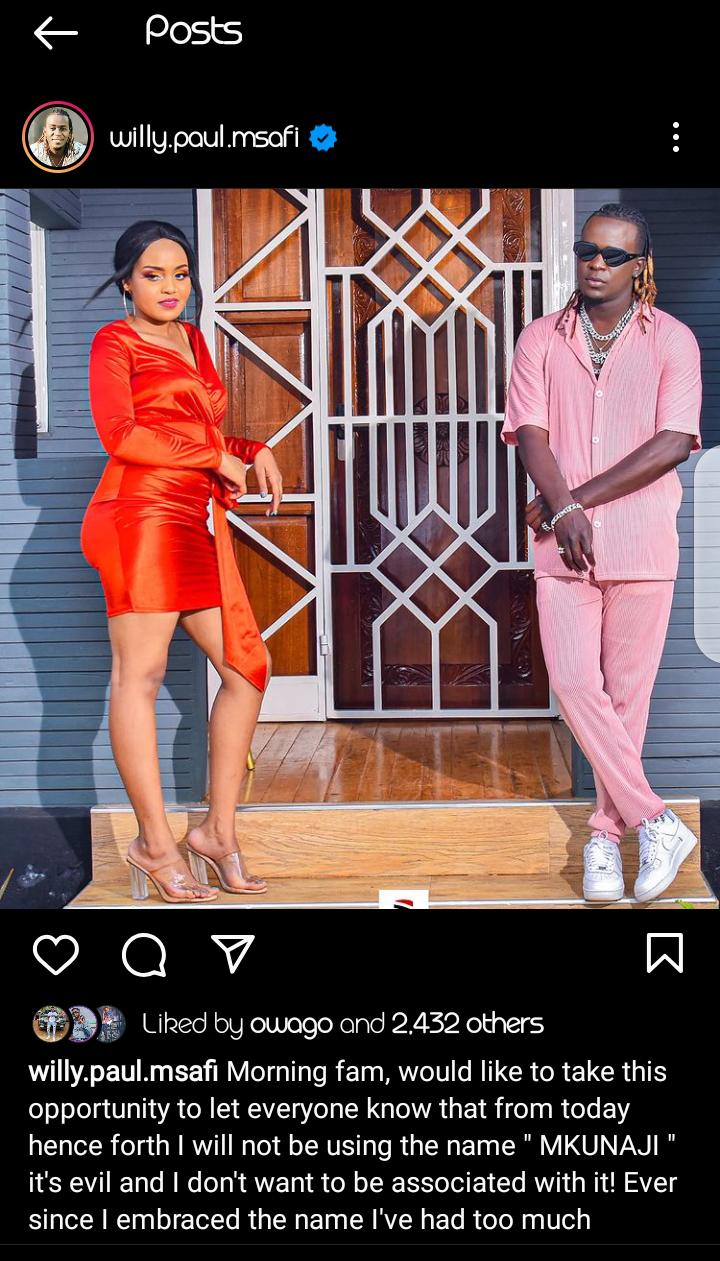 One of the most recent scandals he was involved in was rape allegations made by Bahati’s wife Diana Marua. This was however, solved the legal way and court ordered Diana to pull down the video she made on YouTube accusing Pozze of rape.

Willy Paul continued to state that he has postponed the release of his latest music video because he wants to do away with the name first.

”We’re postponing the release of #TOTO video just to do away with this name, to make sure that it’s nowhere.
You’ll notice afew changes when the #toto video drops
2022 is not a year of problems!”