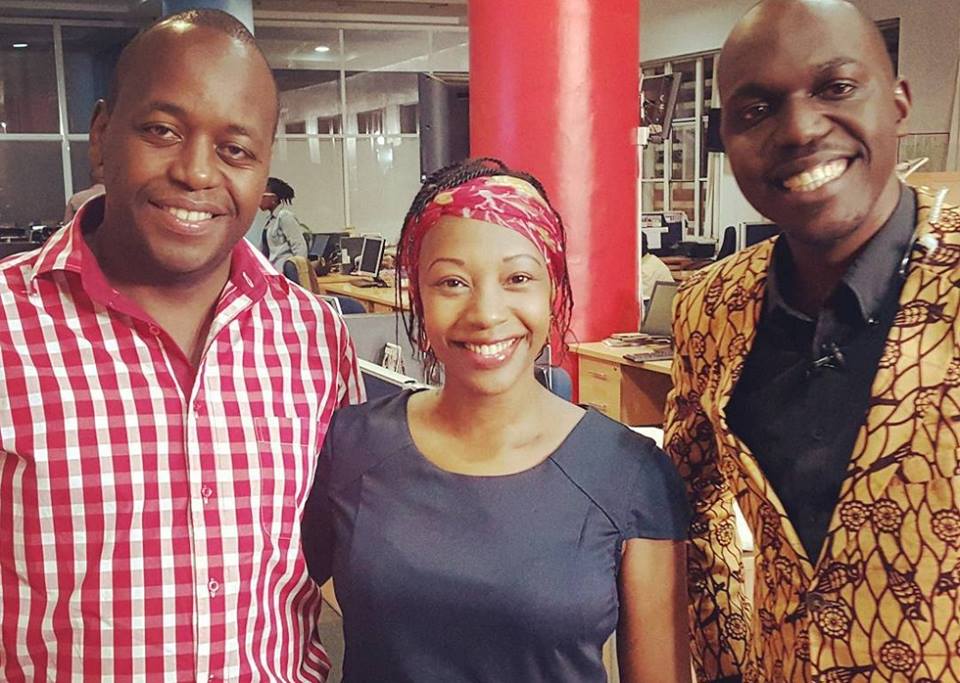 Larry Madowo has revealed intimate details about former NTV presenter Janet Kanini who passed away on April 1st after a long battle with cancer.

Even though Larry is employed by Nation Media Group, the Daily Nation columnist decided to write for a rival newspaper – the Standard to eulogize Janet Kanini.

Larry says the Standard approached him to write a tribute to Janet Kanini and he couldn’t turn them down despite the newspaper being direct competitor to Daily Nation. 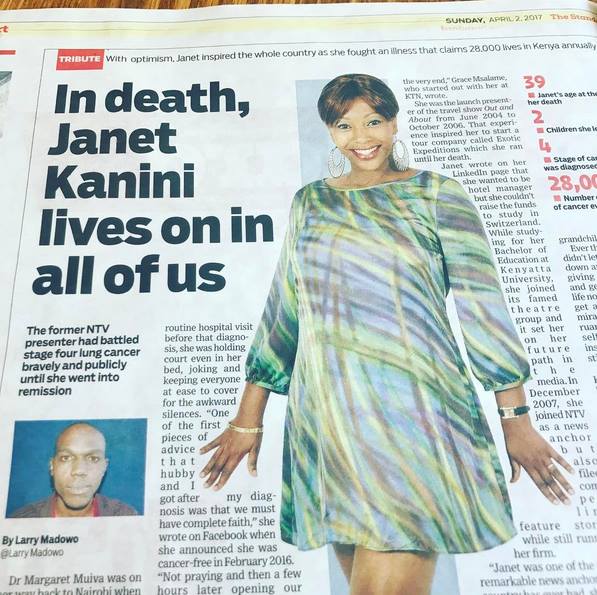 “The Standard on Sunday asked me to write a tribute to Janet Kanini-Ikua and they were kind enough to publish it. I don’t care that they’re the competition, I was honoured to write about her,” Larry Madowo revealed.

In his tribute on the Standard, Larry revealed Kanini’s mother received the disturbing news about her daughter’s death while she was travelling.

“Dr Margaret Muiva was on her way back to Nairobi when someone called to condole with her about the death of her daughter. It should have been a cruel April Fools’ Day prank but it wasn’t. My friend Janet Kanini-Ikua, 39, signed off from the world for the last time yesterday morning. She is survived by her husband George and her two children Pedro, 6, and Jasmine, 4,” Larry wrote.

The NTV news anchor revealed Janet was his close friend; Larry said he visited the deceased in hospital before she was first diagnosed with lung cancer.

“When I went to see her in a routine hospital visit before that diagnosis, she was holding court even in her bed, joking and keeping everyone at ease to cover for the awkward silences.”