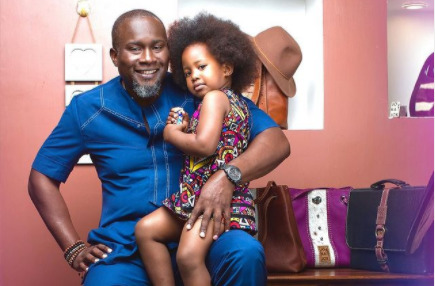 Without a doubt, Tedd Josiah is an epitome of a good father. Raising a daughter by yourself when she’s just 3 months old is a task that most men wouldn’t dare to take on. Well, after the death of his lovely wife Reginah Katar, the music producer and entrepreneur decided he’s not bringing another woman into his life to help him raise his daughter. Instead, he decided to do it all by himself.

It has been hard for him to think or re-marrying. He says that couples nowadays are not ready to face hard times together; they’re just in for the good times. The 51 year old is now admonishing those in a similar situation as him to go for a person who would keep their dreams and memories alive.

Tedd Josiah, the late Reginah and their daughter-Google

See some people meet in life and like 🌟 that collied in the sky’s they leave a bright beautiful sparkle everywhere…. when you meet people like that you embrace them and run with those dreams in order to build an empire.

Tedd’s daughter Jay Jay is all grown up now, and she’s definitely lucky and proud to have such a dad.