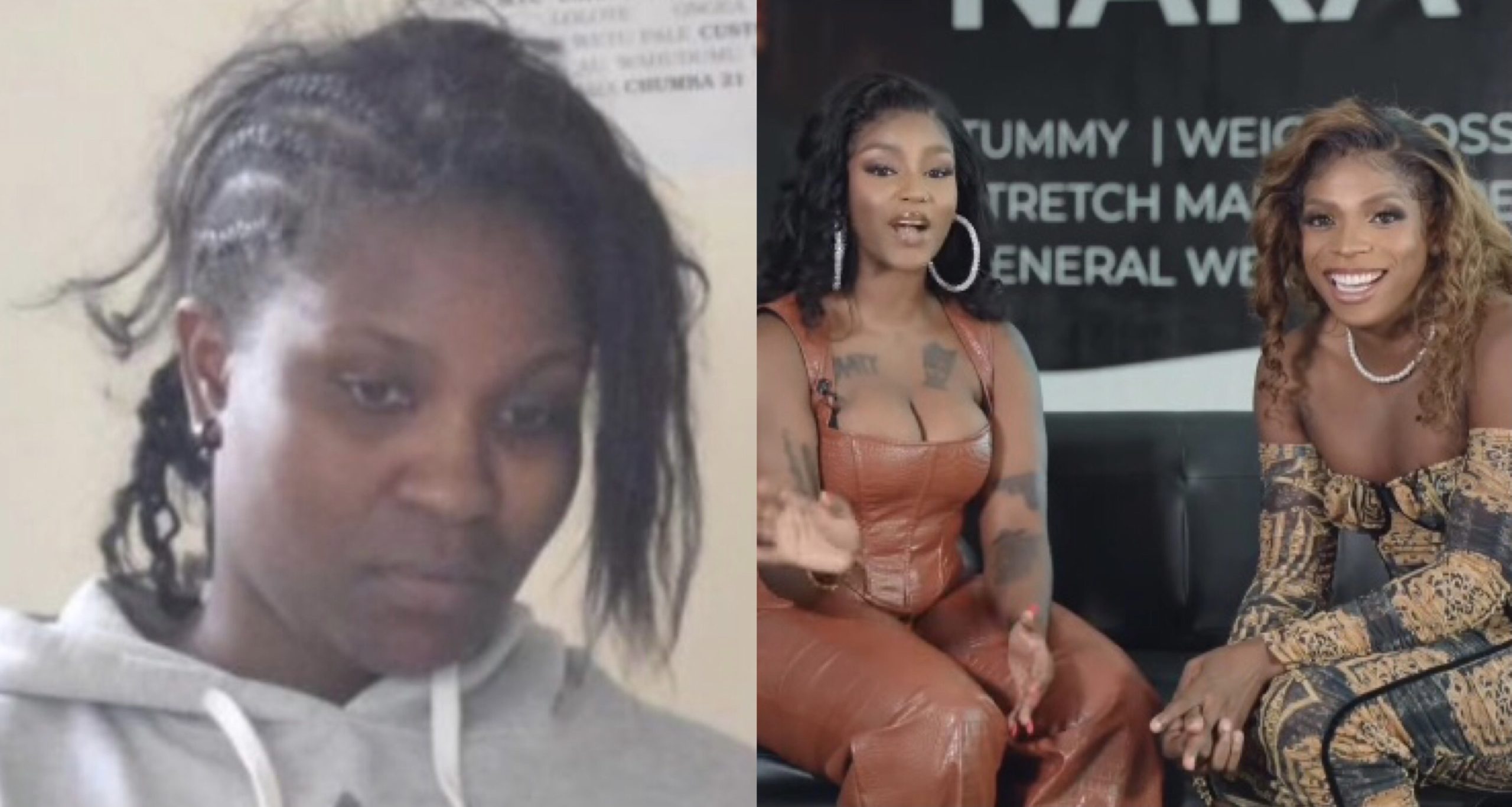 Shakilla is back to working with Eric Omondi momyhs after she blasted him for being poor in bed. Back then she not only confirmed to have bedded the 40 year old comedian but went on to regret the deed since….you know she didn’t enjoy it.

Must admit it was demeaning and kinda childish for the 20 year old to shame a man she once admired and was hoping would help mold her career.

Anyway couple of months later and the two have a new skit where they both picked on Mishi Dora – with Shakilla referring to her a cockroach; right after Eric Omondi included the actress’ name among top socialites in the country (remember it was planned.)

Shakilla who was doing the talking hit out at Eric sarcastically asking;

Stop mentioning her in this show. Who is Mishi Dorah?

A statement Eric Omondi tried to brush off by claiming Mishi Dora is one of his good friends saying;

She is my longtime friend. Yaani Mishi Dorah ni Mende?

But Shakilla wouldn’t have none of that and went on saying;

And her reason for saying this is because she feels that the actress’ time in the entertainment industry is done.

Having come across the clip shared widely online…the former socialite advised the two to focus on themselves; or else – they’d have to face her. Not her exact words but clearly this is what she meant when she wrote; 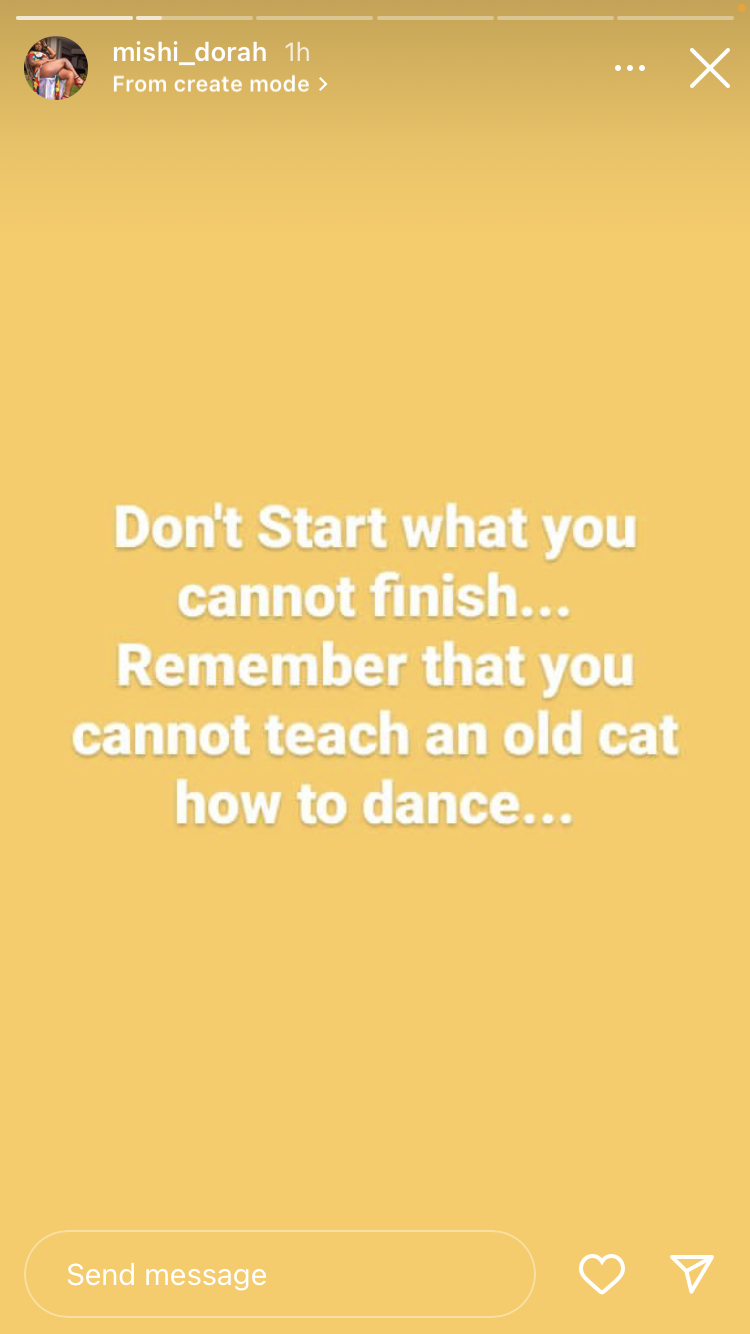 Ever seen how cockroaches walk in microwaves and ovens…they are like shadrach, Meshach and Abednego??? Be very careful with insects….its small but mighty…it can survive anything and anywhere. 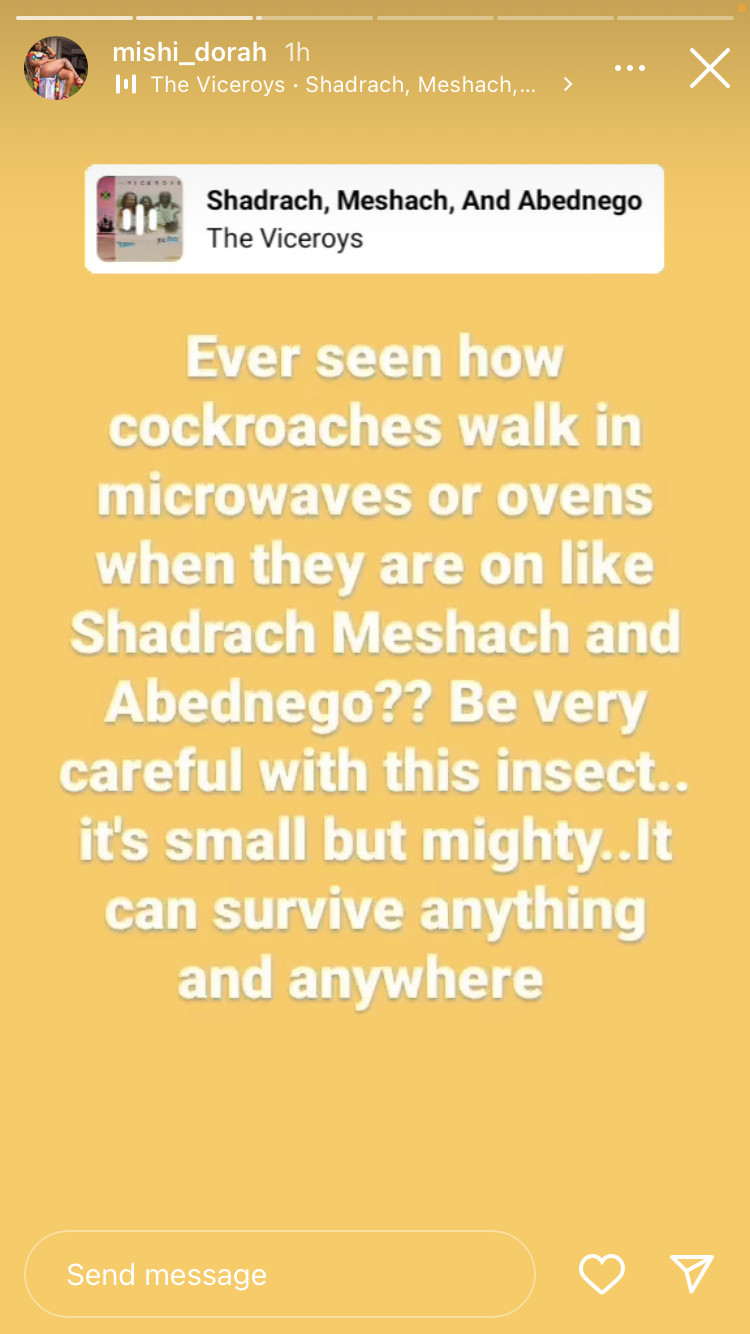