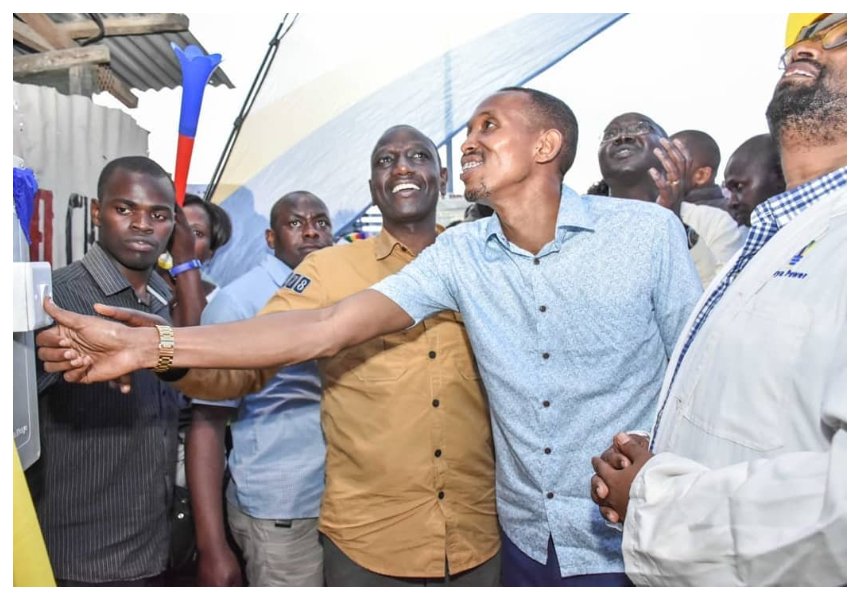 Mohammed Ali has been seen side by side with the deputy president William Ruto during his recent trip to the Coast. One particular incident during the DP’s trip raised eyebrows.

Ruto showed up at a church for a fundraising where he donated a whopping Kes 5 million. Mohammed Ali was the one carrying the cash in brown envelopes.

Also read: Boniface Mwangi to Mohammed Ali: We’ve been friends for over 10 years but am extremely disappointed by your behavior as an MP

The DP took to the podium to talk and when he was announcing his generous donation Moha stood up to bring the envelopes so that they could be given to the church.

Siku izi @MohaJichoPevu is the one carrying the envelope!
"Jichopesa"

Kenyans on Twitter couldn’t stop wondering if the Nyali MP had become Ruto’s errand boy. See some of the reactions below:

Money laundering at it's best

Actually my question is .. where does he withdraw this money from every now and then, which bank?!

And the Church is happy with this? One remembers the role of Caiphas in the death of Jesus when such things happen!

He lost his moral bearing. Heard that he enjoys watching pendulums in parliament.

???? Maybe is being undercover for next episode…

@UKenyatta, our president, where does your deputy get these huge sums day after day and we're here grappling with heavy taxes and high cost of living? This is so painful.